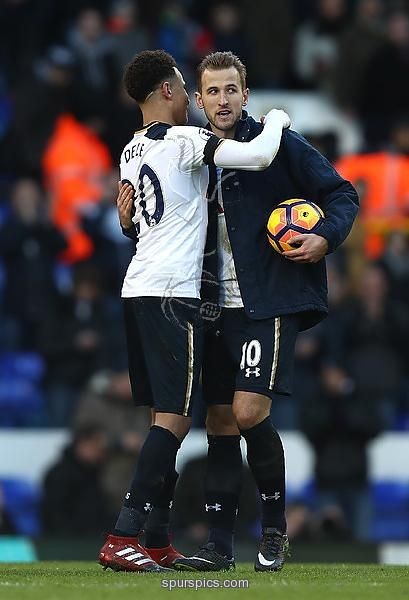 Tottenham star Dele Alli has told British GQ that playing football saved him from a childhood on the streets.

Alli had a difficult upbringing in Milton Keynes and he left home at 13 to live full time with the family of friend Harry Hickford — before the pair both turned professional at local club MK Dons.

Twenty-one-year-old Alli has flourished since moving to White Hart Lane for £5 million in summer 2015, scoring 18 goals last season on the way to a second consecutive PFA Player of the Year award.

But the England international admits he fell in the wrong crowd as a youngster and says his life could have been very different.

“I got into trouble a few times when I was younger,” Alli said. “I hung around with the wrong people when I was real young. With the older boys, I tried to do what they did. We weren’t in a very good area.

“[Football] gave me the opportunity to actually put my energy into something else than hanging out on the street at 12 years old until 2 a.m.”

Reflecting on his goal-scoring, Alli said: “I think a lot of my goals come from anticipating play. Just constantly thinking and trying to predict what’s going to happen. When you’re in the box, it’s all quick-quick-quick.

“So you’ve got to sort of guess what’s going to happen next. Where the ball might fall, so you can get that extra yard on the defender.”

Last season’s runners-up Tottenham finished with 11 wins from the final 12 games, and the best attack and defence in the top-flight, but they are the only Premier League club yet to make a summer signing.

Alli believes Spurs are within touching distance of a maiden Premier League title but he admitted the club need to make at least one signing.

“I think we’re inches away from it [the title]. Maybe another player or two players is all we need.”