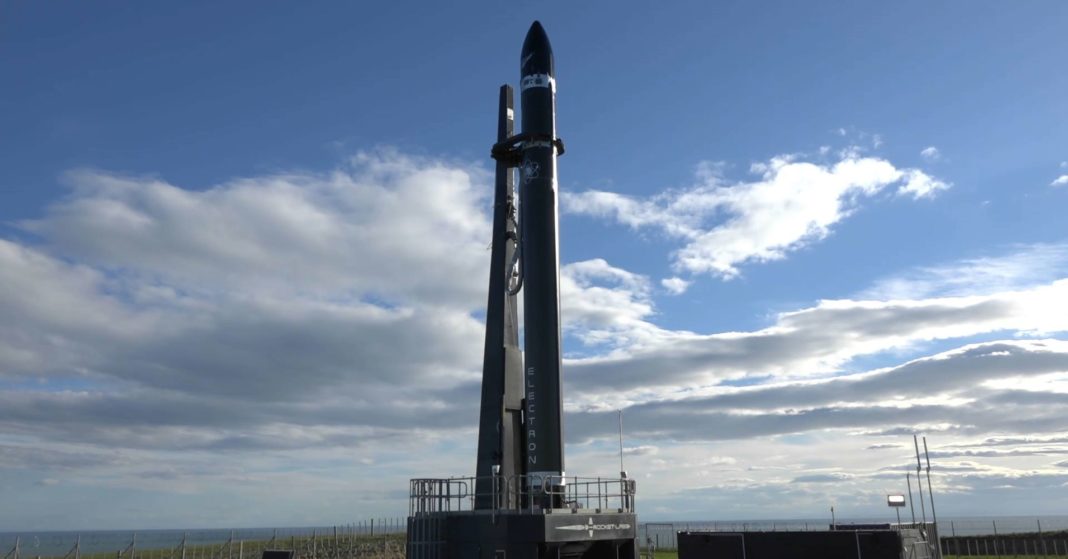 Rocket Lab put seven spacecraft in orbit on Saturday with its first commercial launch, as the company grew its lead in the burgeoning small rocket industry.

Delayed from this past spring, the “It’s Business Time” launch marks the beginning of Rocket Lab’s acceleration toward launching at a weekly rate. The rocket builder reached orbit for the first time in January with its final test launch but saw this commercial attempt delayed due to a “motor control” issue with the rocket.

Rocket Lab is building small rockets priced at about $5.7 million a launch. The company’s Electron rocket is designed to launch spacecraft up to the size of a refrigerator, especially for the premium small satellite part of the rocket market. Small rockets like Electron can save customers months of time getting to orbit but come at a higher cost compared to flying as a “rideshare” on a larger rocket like the SpaceX Falcon 9.

The launch keeps Rocket Lab – valued at more than $1.2 billion and based in New Zealand and California – at the front of the pack in the small rocket race. Beck estimates there are over 100 companies trying to catch up. But Rocket Lab has another launch scheduled for December, as well as 16 launches planned for 2019.

Rocket Lab has a backlog of launches for the next 18 months, Beck said, which is “around a $3 billion pipeline.” The factories in New Zealand and California “have been specifically designed to produce one rocket a week,” Beck said. Rocket Lab aims to be launching at a weekly rate in 2020.

“Next year we’re starting off at one a month, trying to move to one every two weeks,” Beck said.

Beck says the company took the time to look at the motor control issue from spring and fixed it, while continuing to build Rocket Lab’s infrastructure. This year the rocket company brought on Adam Spice as chief financial officer from the semiconductor industry, opened a new mass production facility in New Zealand and announced it will build a U.S. launchpad in Virginia.

“Happy to delay a launch for a few months to solidify and strengthen the company,” Beck told CNBC.

Beck estimated Rocket Lab will soon be profitable, saying when the company completes “these couple of launches by the end of this year we’ll be cash flow neutral.”

Rocket Lab sees greater-than-expected growth coming to the small satellite industry, as the company’s Electron rocket begins to meet demand. Beck believes his side of the industry is set to unlock a flurry of technologies as more and more satellites are launched.