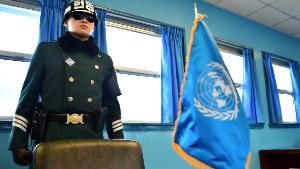 In a statement, South Korea’s Unification Ministry said the talks are planned for Thursday.
The talks were first proposed by South Korea to be held in the Panmunjom truce village in the Korean Demilitarized Zone.
North Korea said it will be represented by a three-member delegation led by Ri Son Kwon, chairman of the Peaceful Reunification of the Fatherland Committee.
South Korea stated earlier that its three-member delegation will be led by Unification Minister Cho Myoung-gyon.
The announcement came a day after South Korean President Moon Jae-in teased the possibility of another meeting, this one among the United States, North Korea and South Korea. 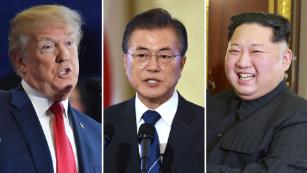 South Korean President Moon hints at three-way US, North Korea talks
Moon said negotiations are continuing ahead of the “historic talks” planned for next month with North Korean dictator Kim Jong Un. He’s expected to meet with Kim in April, the first time the North Korean leader has publicly met with a foreign head of state.
“Through these talks and future talks, we must end the nuclear and peace issue on the Korean Peninsula. It is necessary to make it possible for the two Koreas to live together peacefully without interfering with each other or damaging each other,” Moon said this week.
The meeting between Moon and Kim is just a warm-up for the main event, however, with US President Donald Trump accepting an invitation to meet with the North Korean leader sometime before the end of May.
It will be the first time a sitting US president has met with a member of North Korea’s ruling Kim family.
Share
Facebook
Twitter
WhatsApp
Pinterest
Linkedin
ReddIt
Email
Print
Tumblr
Telegram
Mix
VK
Digg
LINE
Viber
Naver
Previous articleThe French officer who offered himself for a hostage now fights for his life, but his bravery saved lives
Next articleSpanish police break up Nigerian sex trafficking gang