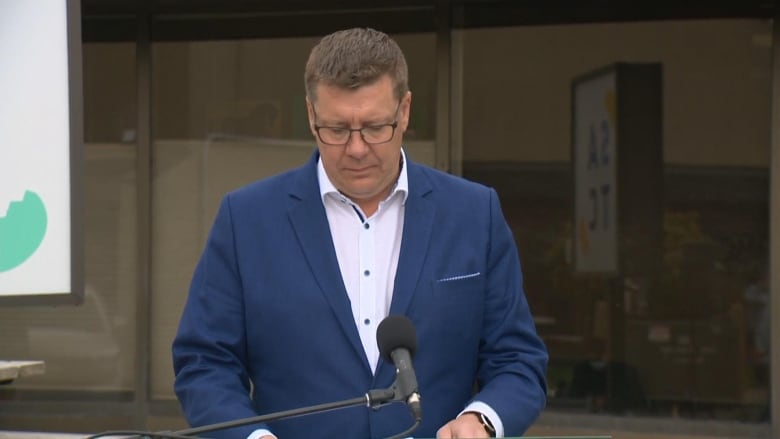 The sons of a woman killed in a 1997 highway collision with Scott Moe say they’re hurt and angry the leader of the Saskatchewan Party has never apologized to them.

“He should have reached out. He’s never tried,” Daniel Bulmer said in an interview Tuesday afternoon.

Bulmer said that if he was responsible for another person’s death, he’d make it his “life’s goal” to apologize and make amends to the family.

Bulmer’s brother Steve Balog — who was injured in the crash that left his mother, 39-year-old Joanne Balog, dead — agreed.

“How could you not come to us? That’s not compassion,” Balog said in an interview.

Moe’s involvement in the fatal collision has been known for several years, and he’s apologized publicly a number of times. But this is the first time members of the woman’s family have spoken.

Back in 1997, Moe did not stop when he was supposed to at a rural intersection near the town of Shellbrook, Sask. Moe drove onto the highway and collided with the car carrying the Balogs.

He was given a traffic ticket for driving without due care and attention.

A few days ago, a faceless Twitter account republished news articles from the time of the crash. The account featured a logo of the Buffalo Party of Saskatchewan, which launched its election campaign this week. It’s not clear if the account is affiliated with the party, which was formerly known as Wexit Saskatchewan.

Saskatchewan will hold a provincial election on Oct. 26, in which Moe is running for re-election.

Steven posted those articles on Facebook and talked about how angry he is at Moe. He says the accident destroyed his life and that Moe should have paid a greater price for his actions.

He said he was shown the post by a friend, and has no political affiliations with any party.

Moe apologized again on Tuesday morning, and indicated he plans to speak with the family.

“I would offer my deepest apologies to the family, and I will be doing that, when I have the opportunity, directly,” he said at a news conference. “I’m just not able to express in words how truly sorry I am.”

Moe has said he does not specifically recall the collision.

CBC News asked a campaign official Tuesday afternoon whether Moe has made any attempts to apologize directly to Balog’s family. The official did not immediately respond.

Steve Balog said it’s “convenient” Moe now says he will apologize personally. He and Bulmer do, however, want a chance to speak with him.

“I don’t know exactly how I’ll feel, but I want to have a conversation with this man,” Bulmer said. 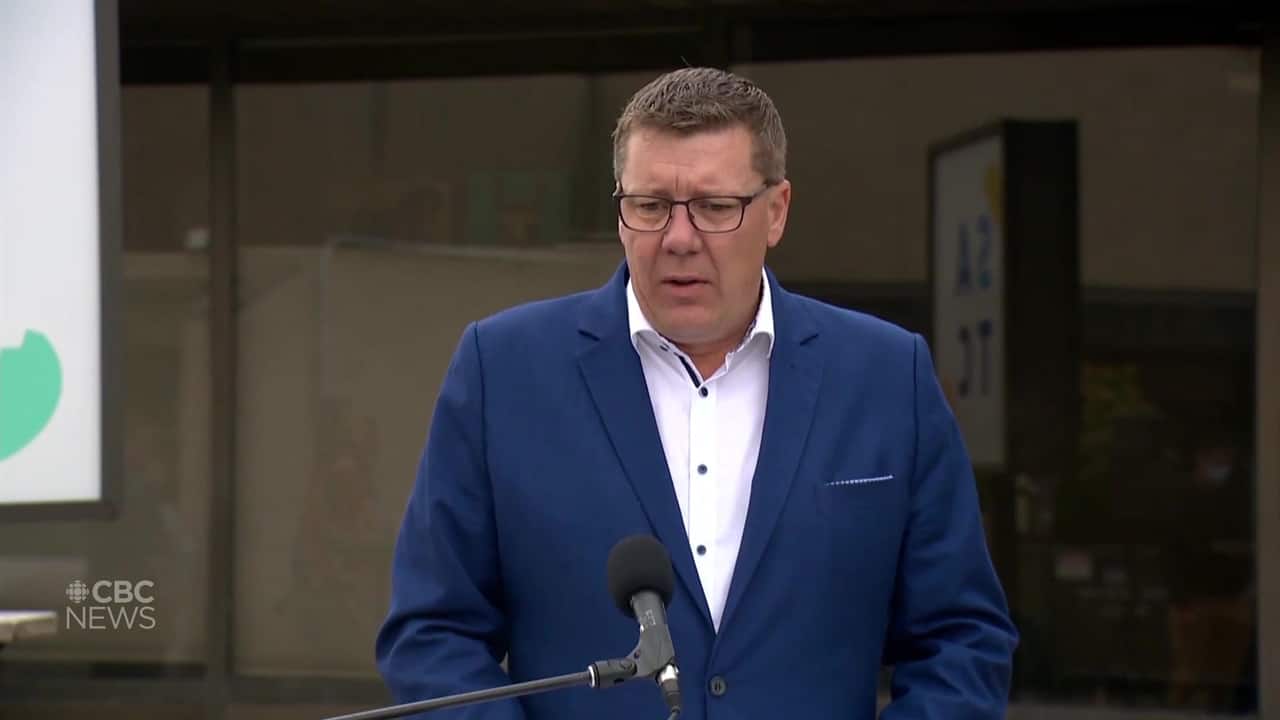 Saskatchewan Party leader Scott Moe has apologized after a Facebook post surfaced alleging the son of the victim of Moe’s fatal 1997 highway collision never knew Moe was the driver. Moe says he was not aware the family of the victim did not know of his involvement in the collision but he has spoken publicly about the accident since that time. 1:34

Balog, who was 18 at the time of the crash, says he does not believe justice has been served for his family. His brother was a preteen.

“I am literally destroyed knowing this man is our premier. Scott Moe should have paid the price for my mother’s life and the scars and dislocated rib I live with for the rest of my life,” Balog wrote on Facebook.

He said his mother was a rock for their family.

“My mom made me into the man I am today. She was a good person,” Balog said.

Bulmer agrees, saying he belives there is more to the story.

“At no point was there any attempt to slow down or stop. It was full speed. Then he just hit us,” Balog said.

Balog was briefly stunned, but remembers the sight of a woman coming to help and attempting CPR. He doesn’t remember anyone else helping while they waited for paramedics.

He and his mother were transported to hospital in an ambulance together. Balog suffered dislocated ribs when the steering wheel jammed into his side in the passenger seat. He also had extensive bruising and required stitches in various parts of his body from all the shattered glass, he said.

He said he went into a depression after his mother died, and felt “lost” for years. He now works as a journeyman scaffolder.

“If (Moe) truly cared and wanted to make reparations, how come he hasn’t reached out to myself or my brother?” Balog said. “He’s had 23 years.” 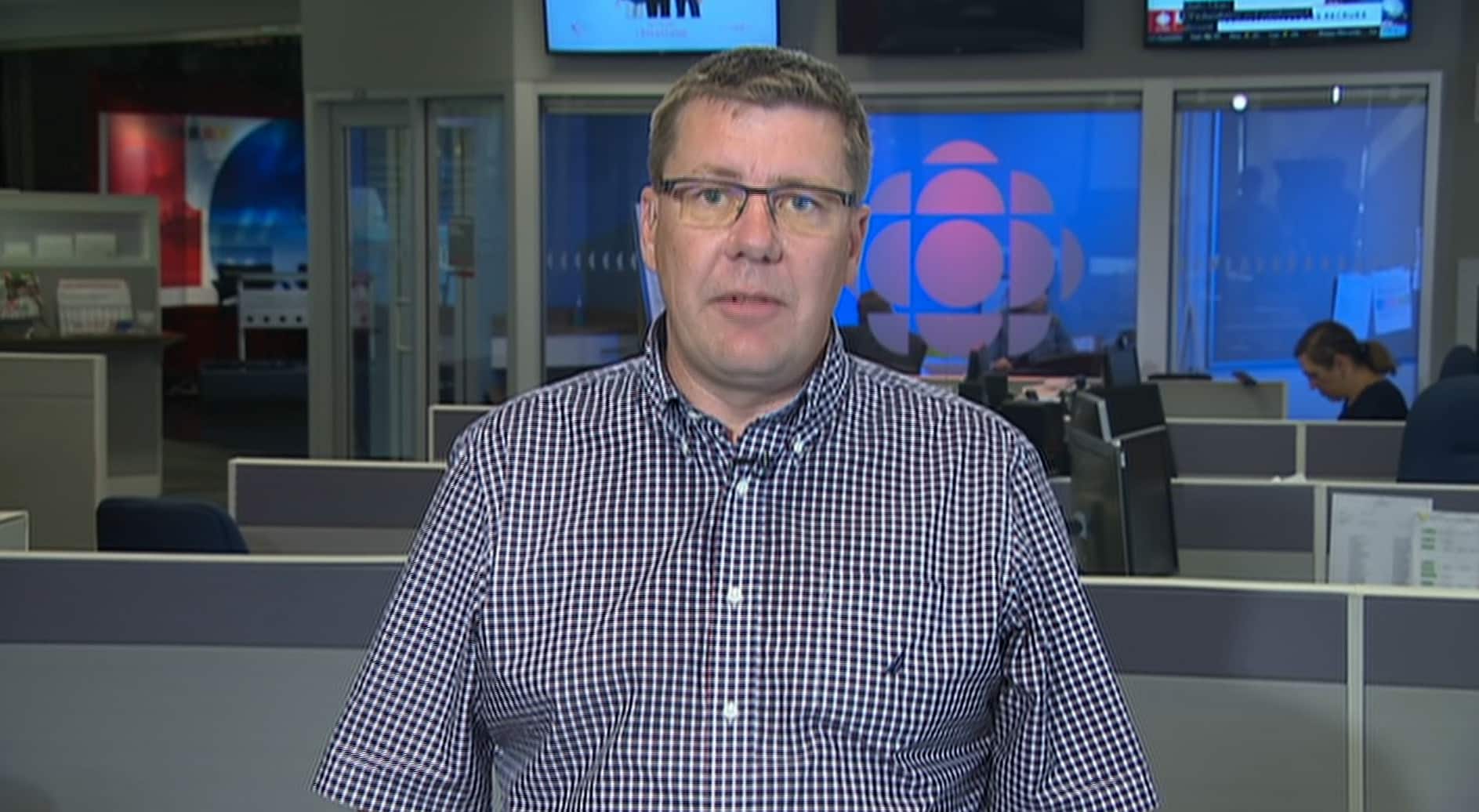 Sask. Party leadership candidate Scott Moe is talking about a fatal MVA he caused many years ago. 4:00