Some Conservatives are condemning a ‘truck tax’ that doesn’t exist 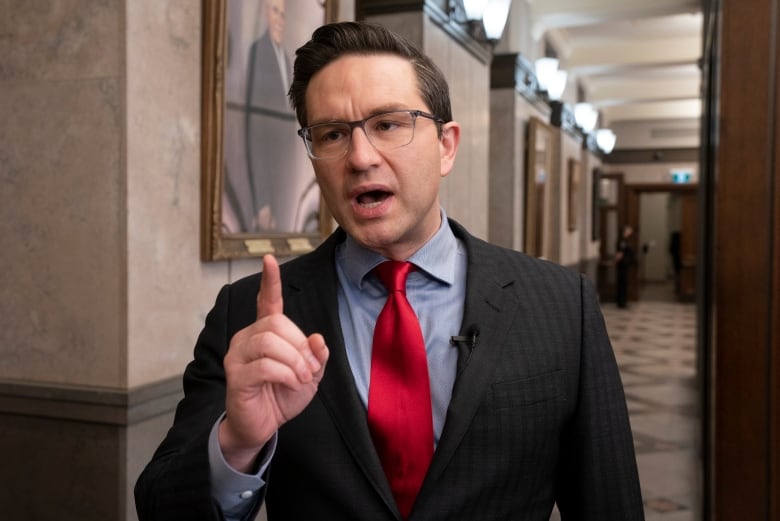 Conservatives have never had a hard time finding actual things to condemn about Justin Trudeau and his government. So it’s passing strange to see them put so much energy into condemning a policy the Liberals have neither implemented nor proposed.

What the Conservatives describe as a “truck tax” does not exist. No Liberal minister is known to have expressed an interest in implementing such a policy.

The source for the claim appears to be one of more than three dozen recommendations included in a recent report by the Net-Zero Advisory Body, an independent panel of experts created by the Liberal government’s Net-Zero Emissions Accountability Act.

The NZAB, whose members include environmental, business and public sector leaders, came into existence a year ago. It released a 28-page report in March that included its advice for the Liberal government’s new emissions reductions plan.

One of those recommendations — intended to accelerate the adoption of zero-emission vehicles — calls on the federal government to “broaden Canada’s existing Green Levy (Excise Tax) for Fuel Inefficient Vehicles to include additional [internal combustion engine] vehicle types, such as pickup trucks.”

That suggestion didn’t generate much interest when the NZAB report was released on March 21. But when Environment Minister Steven Guilbeault released his government’s new climate plan on March 29, the NZAB’s advice was included as an annex — alongside submissions from each of the provinces and territories, the Assembly of First Nations, the Inuit Tapiriit Kanatami and the Métis National Council.

That appears to have inspired the British Columbia director of the Canadian Taxpayers Federation — an interest group that opposes tax increases and advocates for lower government spending — to write a column for the Toronto Sun that claimed the Liberals were “planning to hit Canadians with a big new tax on their trucks and sport utility vehicles.”

From expert advice to fundraising pitch

The next day, the Conservative Party sent out a fundraising appeal to its members based on that column. Conservative leadership candidate Pierre Poilievre, Alberta Premier Jason Kenney and Saskatchewan Premier Scott Moe all tweeted their condemnation.

On Monday, the party repeated its call for donations: “Donate today to help strengthen our movement and defeat Trudeau’s Truck Tax!”

Guilbeault has described the Conservative claims as “disinformation” and “divisive.”

“A recommendation by an independent body in a report is not government policy,” he tweeted.

I’m once again happy to clarify this as it seems conservative politicians are still confused.<br><br>The federal government has not proposed a fee on trucks. <br><br>A recommendation by an independent body in a report is not government policy. <a href=”https://t.co/nIIvDfYzv7″>pic.twitter.com/nIIvDfYzv7</a>

It would have been perfectly fair to ask Guilbeault whether he had any interest in pursuing the NZAB’s recommendation. When that question was put to his office on Tuesday, the response did not suggest that a new “truck tax” is likely to be imposed any time soon.

“The government has no plans at all to act on that recommendation,” Guilbeault said in a media statement.

Unless someone produces new evidence to the contrary, that seems fairly categorical.

(Ironically, the existing excise tax that the NZAB recommends expanding — a levy on inefficient vehicles — was implemented by Stephen Harper’s Conservative government in 2007. Poilievre was a parliamentary secretary for that government at the time. Kenney was a secretary of state.)

Beyond the basic facts of the situation, there are a few other potential takeaways from the tale of the theoretical truck tax.

It’s tempting to conclude that all politicians play games with the truth. But voters should avoid being too cynical.

What’s the value of expertise?

It’s certainly true that most politicians — maybe all of them — present facts in ways meant to advance their arguments. Most people probably do that from time to time. But to condemn a policy that does not exist and has not been promised is something else entirely.

Given the urgency of the situation and the range of real policy choices at hand, such loud condemnation might also seem like an incredible waste of energy.

Governments of all stripes strike expert panels to advise them on public policy. Seeking out non-partisan advice from policy experts is something most voters probably want their elected leaders to do. And the Liberals came to office in 2015 promising that they would listen to science and evidence.

But if the baseline assumption becomes that the government is responsible for everything an expert panel says, governments probably will try to make sure they only get the advice they want.

Once that happens, there’s really no point to expert panels any longer.

Does the Net-Zero Advisory Body have a future?

In that respect, the “truck tax” furor raises questions about the future of the Net-Zero Advisory Body, which is broadly similar to an independent advisory body the United Kingdom created in 2008. (The Liberal government has also provided funding to create the Canadian Climate Institute.)

A government could decide it neither wants nor needs to solicit expert advice. But if a future Conservative government were to one day ask someone to advise it (the last Conservative platform included a promise to appoint an expert panel to review the tax system), there should be some broad agreement about the ground rules.

In 1988, Brian Mulroney’s Progressive Conservative government created the National Roundtable on the Environment and the Economy, an independent body to advise on sustainable development. In 2013, the Harper government cancelled its funding.

Regardless of whether Canada ever gets an actual “truck tax” to get mad about, there will still be a need to combat climate change. Maybe it’s time to debate the role experts can play in meeting that challenge.