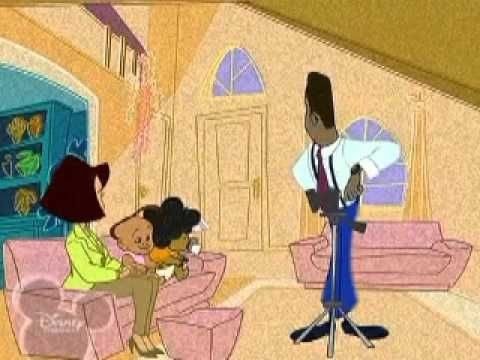 Before she was “Losin’ You,” saw “Cranes in the Sky” or set the world aflame with her fierce style, Solange Knowles was a fledgling artist who sang the theme song for the the Disney Channel’s animated show The Proud Family back in 2001. A whopping 16 years may have passed since Beyoncé‘s lil’ sis recorded the beloved theme song, but Solange made us feel like we were right back to the early aughts when she sang it over the weekend.

During the singer’s set at the Roots Picnic in Philadelphia on Saturday night, Solange lead a Proud Family sing-along and got the whole crowd going with the jam, Here Comes Penny Proud.

For the performance, the 30-year-old rocked her hair au natural and wore a rope ensemble.

For those of you who need a refresher: The Proud Family was an animated show that ran on the Disney Channel from 2001 to 2005. The show followed the adventures of Penny, a 14-year-old African American girl who’s navigating through the early years of teen-dom.

The theme song was written by Solange and was performed along and with the gals of Destiny’s Child.

In an article for Interview magazine from earlier this year, Bey and Sol sat down and talked with each other about their relationship. The “Formation” singer recalled of their younger years, “I remember thinking, ‘My little sister is going to be something super special,’ because you always seemed to know what you wanted.”

For Solange’s 2016 album, A Seat at the Table, she co-produced and staged all of her music, which was an instinct she said she learned from her big sister.

“I got to have a lot of practice. Growing up in a household with a master class such as yourself definitely didn’t hurt. And, as far back as I can remember, our mother always taught us to be in control of our voice and our bodies and our work, and she showed us that through her example,” Solange explained.

Solange also credited her sister for helping her grow into a strong woman.