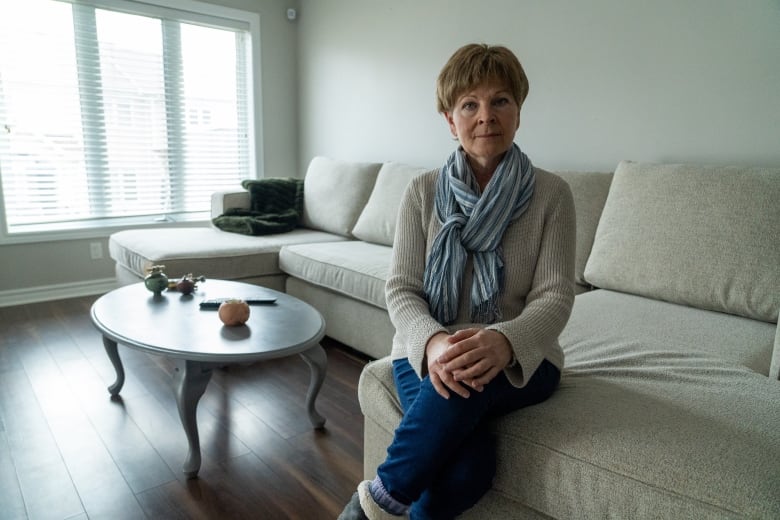 Some landlords in Ontario are becoming homeless — a situation legal experts say they’ve never seen happen before the COVID-19 pandemic. They blame a “broken” tribunal system with significant delays to obtain eviction orders.

Franchesca Ranger, a small business owner in Ottawa, found herself homeless during the pandemic after selling her marital home due to a divorce. She decided to move into her rental unit, a townhouse in Barrhaven, and gave her tenant a 75-day termination notice with a move-out date of Aug. 31, 2020.

She said her tenant of four years refused to leave, stopped paying rent, and she was left to pay thousands a month in mortgage, property taxes, bills, and storage for her belongings — all while running a small restaurant that was hit hard by lockdowns and pandemic restrictions.

“All I could think about was everything I’ve worked for, and everything I’ve saved for, my future just being torn away,” said Ranger, who was “living out of a suitcase” from September 2020 until this year.

“I felt so let down and so violated.”

She was finally able to move back into her home this February, after alternating stays with friends and family every few days.

Small landlords — those who typically own just one or two rental units — can become homeless when a tenant refuses to leave a space the landlord needs for their own accommodations.

CBC spoke to two other landlords in Ontario who were homeless, or are at risk of homelessness, due to delays in getting a hearing and eviction order from Ontario’s Landlord Tenant Board (LTB) — the body that makes decisions when disputes arise between landlords and tenants.

Experts and organizations who work with landlords said they’ve seen dozens become homeless during the pandemic, often accessing homeless shelters, living in vehicles, couch-surfing and even forfeiting their properties to banks due to bankruptcy — all as they wait for the LTB to hear their case and make a final decision.

During the pandemic, the province paused evictions and hearings for months at a time, leaving some landlords with nowhere else to go until they’re legally able to evict their tenant.

“We’re trying to navigate our clients through a system that has become so broken,” said paralegal Kathleen Lovett.

WATCH | A landlord describes how she became homeless: 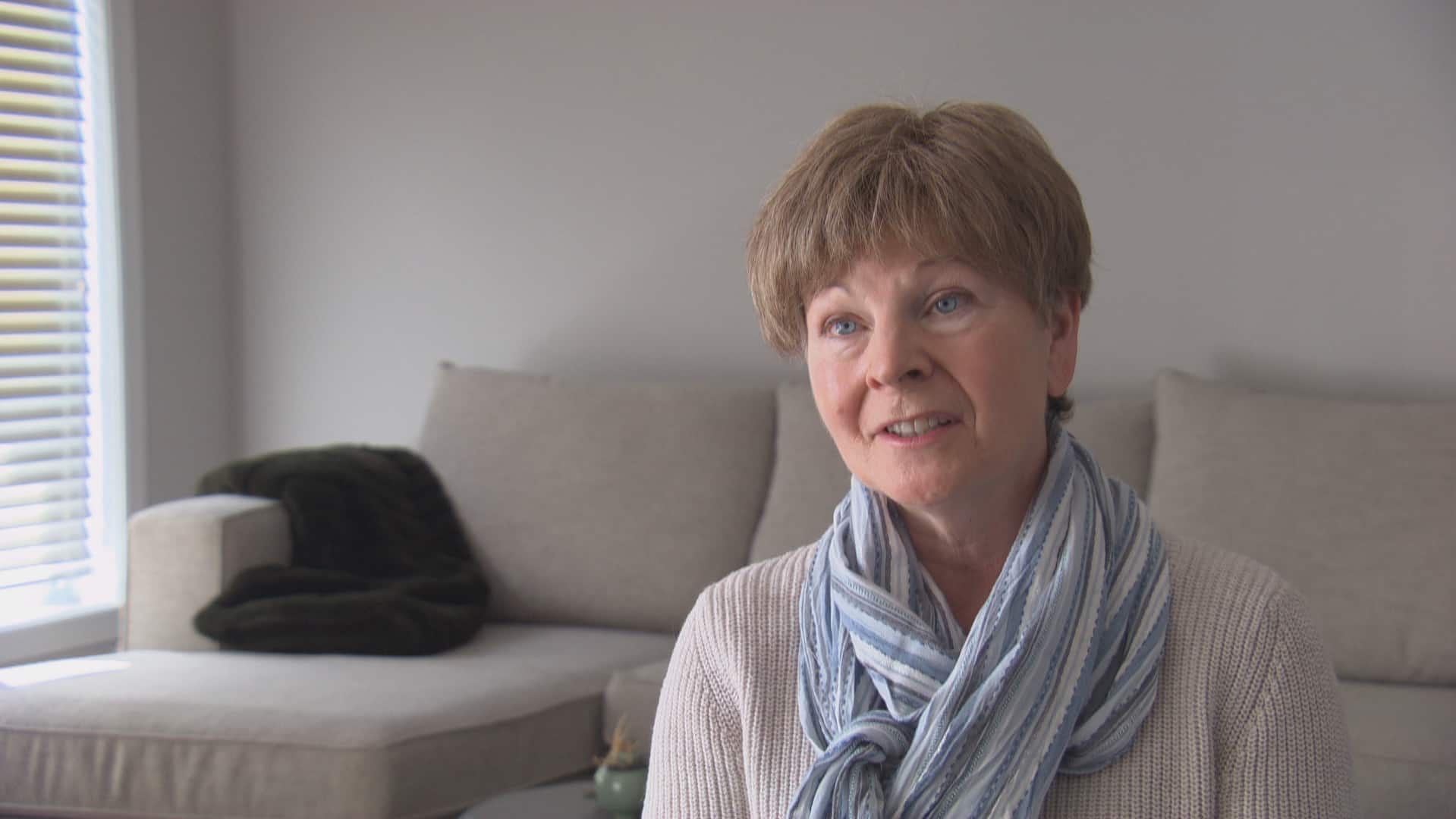 Franchesca Ranger found herself homeless when she was unable to move into a townhouse she owned after her primary residence was sold during a divorce. She says the tenants refused to leave — and the process to evict them took 18 months. 1:43

The entire process from filing an application to getting a decision should take one to three months, according to LTB’s own service standards from before the pandemic.

After serving her tenant the N12 notice — a form required under Ontario’s Residential and Tenancies Act if a landlord, an immediate family member, or a purchaser intends to move into a rental unit — Ranger had to wait eight months for a hearing.

Three days before the hearing, the tenant asked for the hearing to be conducted in French, so she had to wait four more months for a second hearing. It took three months after that for an eviction decision, and about another three for the sheriff’s office to come and enforce the eviction.

“I find it inconceivable that tax dollars pay for a government body that has zero accountability, that thinks it’s OK for someone to own a home and be homeless,” said Ranger. She wrote letters to several MPPs, Ontario Premier Doug Ford and the attorney general, with no response offering help.

“How is it possible that someone can rent a place, stop paying rent, and live in it for 18 months? … It doesn’t make sense.”

Ranger’s former tenant still owes her more than $24,000 in rent arrears and compensation, according to the LTB.

That tenant did not respond to CBC’s request for an interview or comment. However, in the eviction document, he testified he refused to pay rent since June 2020 because “he took the N12 to mean he no longer was required to pay.”

The tenant stated his wife was disabled and on ODSP and she’d have medical difficulties if evicted because her medical professionals “were all in the vicinity of the rental unit.” He said the family would be homeless if evicted and he requested Ranger pay him to leave sooner and find another rental unit.

Ranger said the tenant left her place in shambles, with jars of peanut butter piled in her bathtub and garbage strewn across her home and lawn.

“My house was literally held for ransom,” said Ranger. “I guarantee you I will never rent again.”

“During the wait time, the landlord is going crazy,” said Boubacar Bah, chair of Small Ownership Landlords of Ontario (SOLO), a non-profit that provides resources and advocates for working-class landlords.

Bah said he knows at least 50 landlords involved in his group who became homeless. He said the toll on their mental health has been “huge.”

“The big landlord doesn’t have that problem,” he said. “A corporate landlord has like 1,000 apartments, if one or two [people] do not pay, then they [don’t] care. But a small landlord, if he wants his house back, and the tenant doesn’t pay, he can go bankrupt.”

He said the Residential Tenancies Act and the delayed tribunal system is failing small landlords.

“The way the system is designed, it’s calling for abuse.” 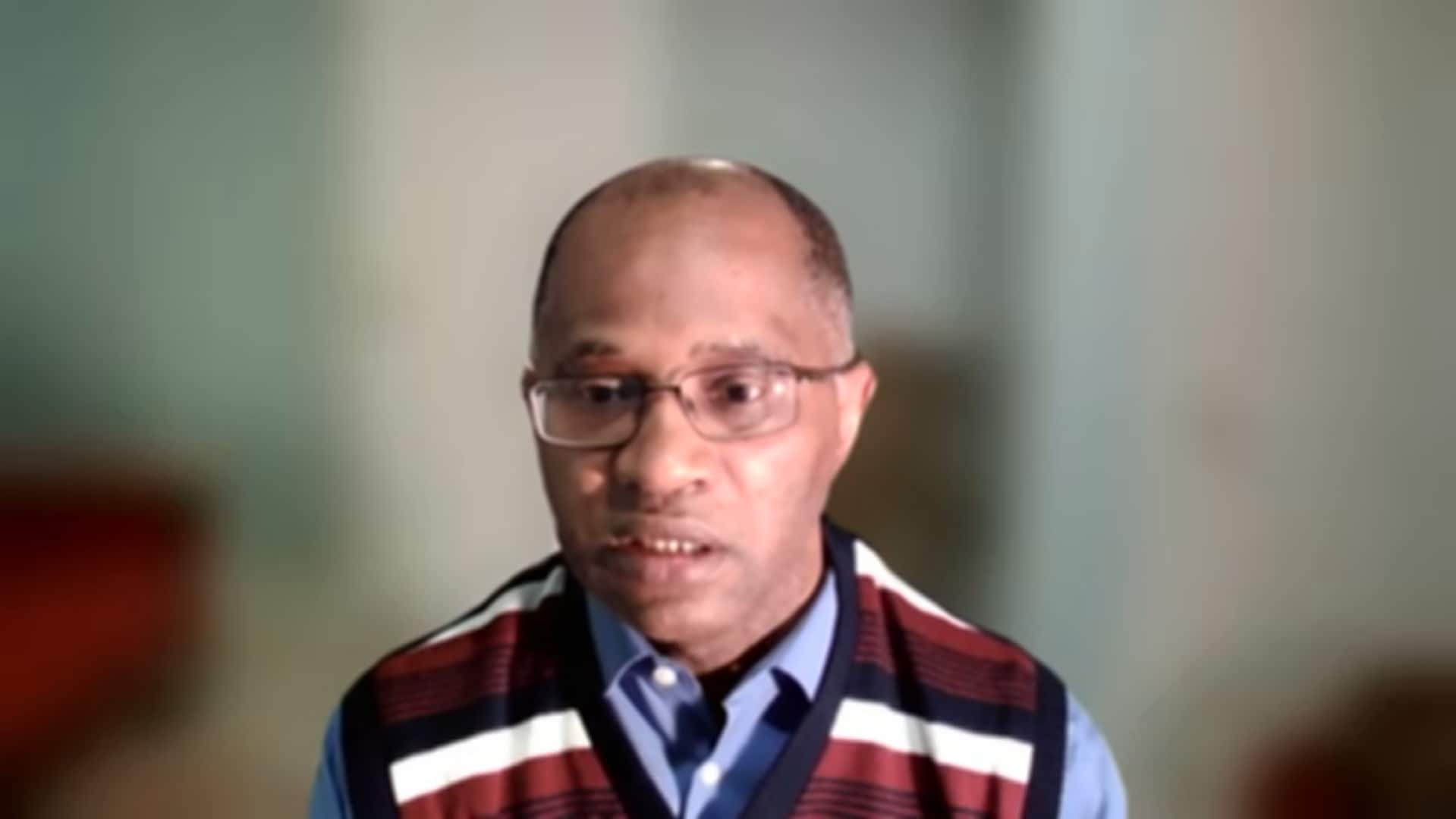 Boubacar Bah, chair of Small Ownership Landlords of Ontario, says that for small-scale landlords, the mental health impact of conflict with a tenant can be huge and long-lasting. 1:27

Lovett, a paralegal since 2009 and owner of KLP Paralegal Services and Landlord Solutions, has worked with more than 20 landlord clients who faced homelessness — something she’s never seen prior to COVID.

In some cases, her clients are waiting up to 14 months for an eviction decision, while the LTB promises clients “fair, effective, and timely dispute resolution.”

“It’s contrary to their own rules,” said Lovett. “We are waiting months and months … which is totally unnecessary and inappropriate.”

No one should be homeless, including a landlord.– Franchesca Ranger, formerly homeless landlord

Pearl Karimalis, a paralegal and volunteer with SOLO, questions the current state of the LTB office including whether it’s short-staffed and whether everyone knows how to do their jobs properly.

She said staff have been unable to answer basic questions on her clients’ files and have even accidentally sent her judgments for cases unrelated to hers.

Though she works with more tenants, Karimalis said LTB’s “bias toward tenants is systemic.”

Karimalis says the LTB should temporarily extend work hours, hire more adjudicators, and the province should give police more authority to get involved in landlord-tenant disputes, especially for fraud, extortion and property damage.

Former landlord Ranger said she wants the LTB “completely overhauled” so laws are fair for both small landlords and tenants.

She wants the provincial government to provide temporary homes for landlords facing homelessness while the LTB sorts out their dispute. The government should also reimburse landlords if they’re paying for non-paying tenants to continue living on their properties, she added.

“No one should be homeless, including a landlord,” Ranger said.

The Landlord Tenant Board declined an interview with CBC and didn’t directly answer several questions about homeless landlords.

Instead, its statement said the provincial moratoriums pausing eviction hearings in 2020 had “a significant impact” on its caseload.

As of March, the LTB had 39 full-time and 49 part-time adjudicators, its “highest number of adjudicators ever appointed,” spokesperson Janet Deline said.

“We know that we’re not quite there and there is more work to do but we are confident that service improvements will be made in 2022,” said Deline.

Ontario’s Attorney General, the ministry responsible for the LTB, declined an interview and did not address specific questions about homeless landlords.

The ministry said it is not allowed to “interfere in, or comment on, tribunal processes or decisions,” as it is an independent adjudicative body.

Brian Gray, the ministry’s spokesperson, said in an email that the province will invest $4.5 million over three years to hire more adjudicators and staff to reduce backlogs at the LTB.

Both the LTB and province pointed to a new online digital portal — where people can access information on their disputes and resources for mediation and self-help tools — as a way they’re addressing backlogs at LTB.