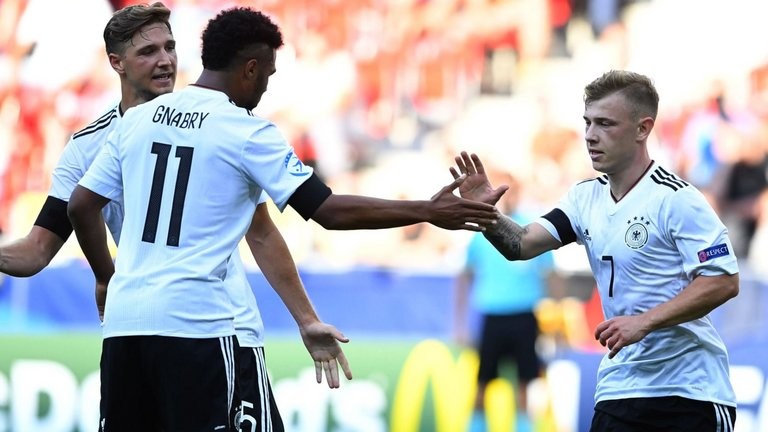 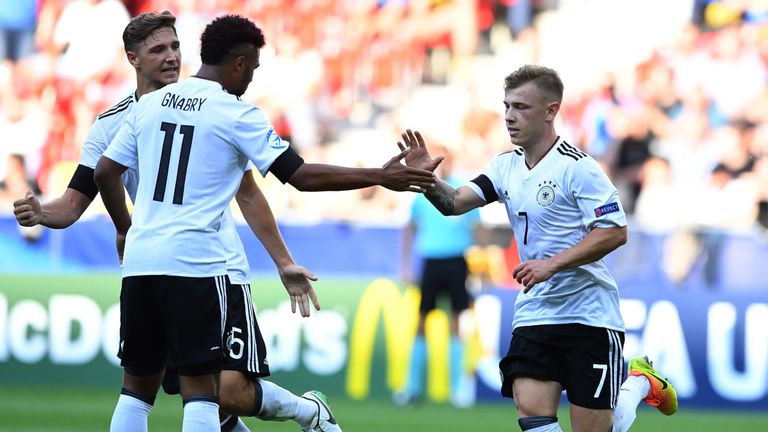 The opening weekend of the European U21 Championship has been thrilling to watch with a number of top young stars from the continent impressing for their respective countries.

Here we pick out the star performers from each of the first six fixtures played.

Despite still only being 21 years of age, Max Meyer has already racked up considerable experience in his career to date making over 150 appearances for Schalke 04 and featuring prominently for Germany at all age groups, including for the senior team.

The playmaker was the star and captain of the Germany side that won a silver medal at the 2016 Rio Olympics and while the armband isn’t strapped to his arm at this tournament – that honour is bestowed on his namesake Maximilian Arnold – he is no less influential for Horst Hrubesch’s side.

In Germany’s 4-2-3-1 formation, Meyer is given creative licence to roam around the pitch and occupy pockets of space around the penalty area from his central attacking position. Against the Czech Republi, he did that to great effect, scoring the opening goal of the game by drifting in and shooting from the left flank before going close to adding a second from the right-hand side of the six-yard-box.

Quite simply the Czech Republic defenders couldn’t cope with the intelligence of his movement, the timing of his runs into the box and his quality with the ball at his feet. While this Germany side is packed full of top-class talent, it is Meyer who makes the team tick in the final third.

Not many 21-year-olds establish themselves as key squad players at Real Madrid but that is precisely what Marco Asensio managed last season. Asensio scored the final goal of Real’s arduous campaign in the 4-1 win over Juventus in the Champions League final and has continued where he left off at these finals.

In Spain’s emphatic 5-0 win over Macedonia, Asensio was undoubtedly the star of the show ending the game with the match ball after scoring one of the best hat-tricks you’re ever likely to see, all of which came courtesy of his cultured left-foot.

Highlights of the Euro U21 Championship clash between Spain and Macedonia

For the first, Asensio picked the ball up on the edge of the area before curling a beautiful, dipping effort right into the top corner of the net. His second was a fierce drive from the edge of the six-yard box under pressure and the third saw him gallop the length of the pitch before rifling another unnerving strike beyond the goalkeeper.

In the opening weekend of the this tournament, a number of players have caught the eye with their displays but it will be a huge task for anyone to leapfrog Asensio as the tournament’s best player such was the star quality of his first performance.

Sassuolo midfielder Pellegrini provided the opening weekend with its golden moment with his sumptuous overhead kick against Denmark, but it was his work on the right of his side’s midfield three which really caught the eye.

During the brief period in the first half when Italy fully stretched their opponents Pellegrini was instrumental, finding the right balls to complement the forward runs of the front three ahead of him and carving up Denmark’s midfield as they struggled to regroup.

Highlights of the Euro U21 Championship clash between Demark and Italy

His goal was the one moment of real genius in a team performance that never got into gear, and coach Luigi Di Biagio can feel reassured that he has a creator in his ranks that can deliver against the grain when the chips are down.

At times against Serbia on Saturday, Bruno Fernandes looked like the only player in a Portugal shirt who had any idea of how to react to their tidy defensive system.

His goal to seal the victory in the final minutes may have been noteworthy for the slick lob over the top from the otherwise ineffective Renato Sanches, but there was a clever nonchalance to Fernandes’ assured finish which belied the difficulties Portugal had had in breaking Serbia down.

Highlights of the Euro U21 Championship clash between Portugal and Serbia

The Sampdoria midfielder may not be the biggest name in this side but the confidence he exerted in the opener in Bydgadszcz will be an asset, and the slick footwork and sharp eye that made him the outstanding player in Portugal’s attacking play will be what coach Rui Jorge will be looking to to help carry his side deeper into the tournament. 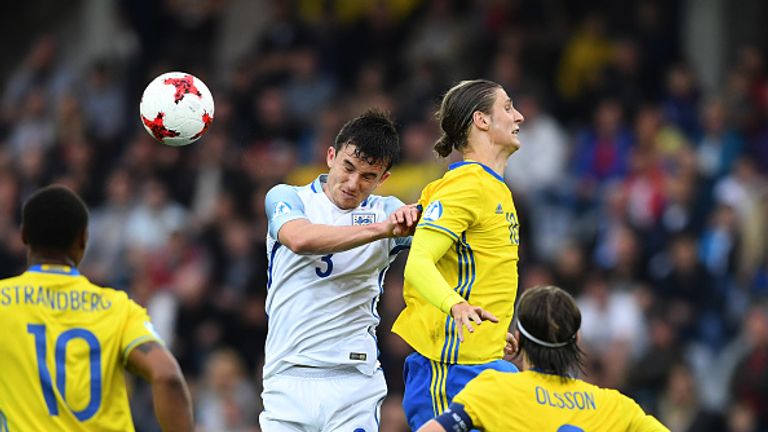 Pawel Cibicki in action for Sweden against England

Few players strengthened their reputations in what was a disappointing game between England and Sweden but one player who offered a glimpse as to what he can offer was Malmo winger Pawel Cibicki, who looked the most threatening player for either side throughout.

Cibicki, who is capable of playing on either wing or as a central striker, constantly stretched the England backline with his pace and movement in behind, offering Sweden a dangerous outlet on the break. He also went closest to breaking the deadlock too, rattling the crossbar with an exceptional curling effort from the edge of the area.

At just 23, Cibicki has already helped Malmo win two Swedish league titles and two domestic cups and he will now be looking to force his way into senior contention for Sweden after switching his international allegiance to them from Poland at U21 level. 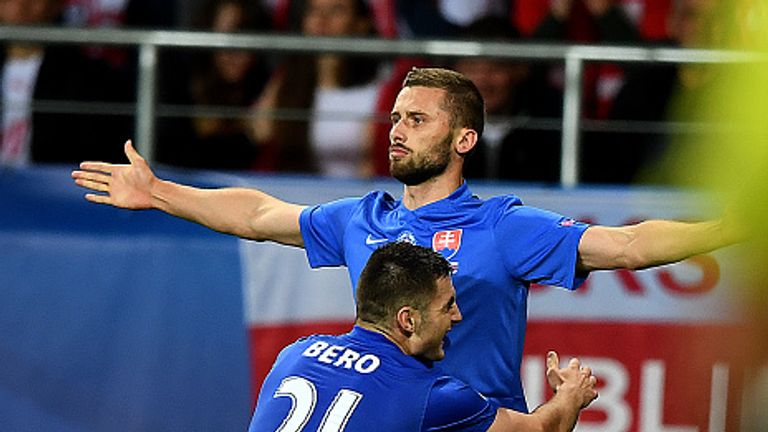 Matus Bero was included in Slovakia’s senior squad for Euro 2016 but he is back with the U21s this summer as they look to spring a surprise in Poland.

Slovakia caused an upset in their first game by defeating the Poles 2-1 and Bero played a key role in their success as it was his lung-busting run forward that led to Pavol Safranko’s match-winning goal late on.

Highlights of the Euro U21 Championship clash between Poland and Slovakia

This Slovakia side possesses a number of gifted midfield players including Stanislav Lobotka and Albert Rusnak but Bero, who plies his trade for Trabzonspor in Turkey, offers the side something different with his attacking intent by making surging bursts forward and taking shots from distance.