Short seller says Beyond Meat hype is ‘beyond stupid,’ places bet against the shares 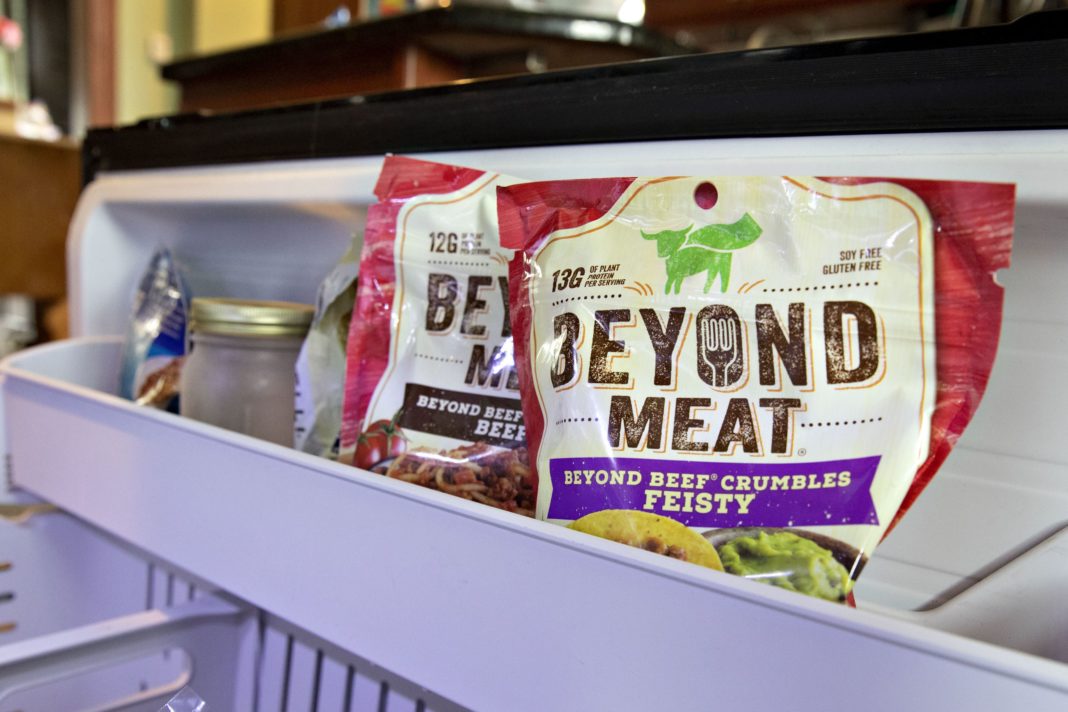 Packages of Beyond Meat Inc. beef crumbles are displayed for a photograph in Tiskilwa, Illinois, U.S., on Tuesday, April 23, 2019.

A notable short seller is roasting newly public Beyond Meat.

Andrew Left of Citron Research took to Twitter Friday afternoon, saying the hype around the plant-based meat substitute company has sent its stock too high.

Beyond Meat “has become Beyond Stupid,” Citron Research said in a tweet. “Most heavily traded retail stock on Robinhood, market cap now bigger than industry, and superior competitor coming to market soon.”

Left, known for betting against Tesla and Valeant Pharmaceuticals, confirmed in an email to CNBC that he took a short position in Beyond Meat Friday. Beyond shares were down 6% in afternoon trading.

He added that its stock performance “seems to be all retail-driven without any fundamental basis.”

Notwithstanding Left’s prediction for a 25% plunge in Beyond’s stock price, the El Segundo, California company remains a bright spot in a string of shaky starts for 2019 IPOs.

Beyond’s products, including fake ground beef to burgers, are designed to replicate the consistency and taste of meat. Instead of animal protein, the meat alternatives use gluten- and soy-free products from peas and faba beans. And with more Americans experimenting with flexitarian diets, demand for Beyond Meat shares surged during its initial public offering earlier this month.

In one of the strongest kickoffs this year, shares rocketed 163% on May 2, the first day of trading for the equity. Beyond Meat, which priced its initial public offering at $25 per share, has seen its stock rally to highs north of $90 by Thursday’s close.

But Beyond’s rapid ascent — and popularity among retail traders — has Citron’s Left convinced its price tag has grown frothy, especially with competitors like Impossible Foods eyeing the public market. Despite a market capitalization north of $5 billion, Beyond only generated $87.9 million in 2018.