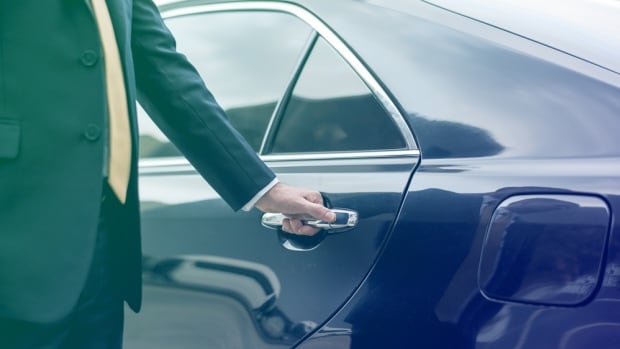 Warning: This story contains descriptions of sexual assault allegations that may trigger some survivors.

A Vancouver woman who accused a limo driver of sexual assault six years ago says she was shocked to discover that her alleged attacker is facing similar new allegations.

The victim said she learned of the new allegations last October, when the Times Colonist newspaper reported on the province’s civil forfeiture application to seize the limo of Sukhwinder Singh Bassarpuri and his company, Armani Limousines.

Vancouver police seized Bassarpuri’s limousine on the grounds it had been used for “unlawful activity,” according court documents.

“I just broke down crying,” said the woman, whose name CBC News is withholding, in an interview Friday.

“It’s almost like bringing you back to that moment. It was very, very tough. Even today, it’s tough.”

Late last week B.C. Supreme Court posted its decision to approve that civil forfeiture application. Court documents filed with the case included the woman’s affidavit expressing her dismay, as well as new details of the two most recent allegations.

The documents show that Bassarpuri now faces sexual assault allegations from a total of three women over the last six years, including one who says he assaulted her while she was having a seizure.

The police affidavit says Bassarpuri is currently the suspect in an active investigation involving an alleged sexual assault, and police have recommended charges against him.

In his response to the seizure application, Bassarpuri denies all the allegations. A police affidavit included in the court documents shows they released him after his arrest on Sept. 8 on a promise to appear in B.C. Provincial Court on Jan. 24.

CBC News tried to contact Bassarpuri through his lawyer. Neither responded.

According to the forfeiture decision, the most recent allegations were in Sept. 8, 2018.

Vancouver police arrested Bassarpuri in a parking lot on Denman Street. Police say they found a “heavily impaired” woman in the back of his limo. She had called her boyfriend to say the driver wouldn’t let her leave.

Her boyfriend, who called police and then tracked the woman by GPS on her phone, allegedly found Bassarpuri in the back of the limo with his pants down.

The woman, who was impaired, told police Bassarpuri had been in the back with her. Police determined she was too intoxicated to consent to any sexual activity.

The second most recent allegations stem from June 2017, according to court documents.

The same police report included in the forfeiture decision says a woman told police Bassarpuri drove her home, where some friends had gathered. The woman said Bassarpuri came in with alcohol from his limo.

When she asked guests to leave because she felt an epileptic seizure coming on, Bassarpuri offered to stay and look after her. Instead, she alleges to police, he sexually assaulted her while she was immobilized during the seizure.

The report says the woman, embarrassed and ashamed, didn’t report the incident until April 2018.

‘I was so happy that evening’

Those two new allegations came as a shock to the woman CBC News spoke with who accused Bassarpuri of sexual assault six years ago.

In her affidavit, the woman says in July 2013, Bassarpuri — described at the time as 42 years old, approximately 6 feet, 4 inches, about 260-280 pounds, and who went by “Sam” — drove her home to Richmond after she celebrated her birthday with friends.

“I was celebrating my 44th birthday and I was so happy that evening,” she told CBC News in an interview. “That’s just not how the evening ended.”

The ride was a gift offered as part of the evening’s festivities, which included dinner at a restaurant in downtown Vancouver and dancing at a club on Granville Street until early in the morning.

A police report included in the forfeiture documents says the woman told officers that she and “Sam” chatted during the drive home, and he offered her a drink.

The woman told police that Bassarpuri got into the back of the vehicle with her, and then removed her clothes and assaulted her, telling her she was a “good girl.”

The woman told police she cried while this was happening and told him repeatedly to stop.

The woman reported the incident to police a week later. The forfeiture decision says police recommended charges, but the Crown did not approve them.

The police affidavit also says Bassarpuri has faced past accusations of grabbing a female passenger by the throat after a dispute over a fare, and of threatening to kill another limo driver who reported him to the Passenger Transportation Board — the provincial authority that regulates taxi and limo licences.

According to the decision, Bassarpuri was operating without a chauffeur’s permit or a limo licence at the time of his arrest in September.