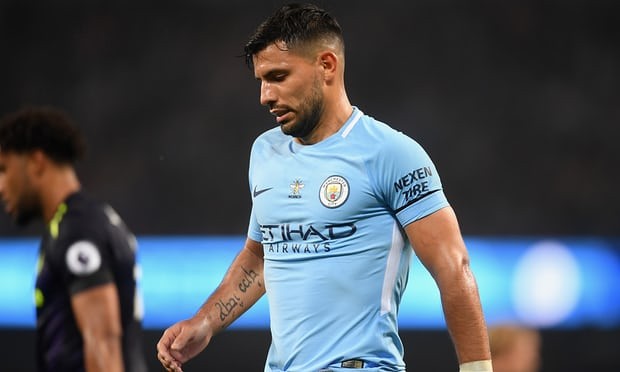 Manchester City Striker Sergio Aguero is likely to be out of action till the last month of the year, this, a doctor of the Argentina national team has hinted.

Recall that Aguero is injued. He broke his rib in a car crash while returning home from a concert in Amsterdam last Thursday.

Consequently he missed his side’s 1-0 victory at Chelsea the following weekend.

After carrying out assessments of Aguero’s injury, City were hopeful that he would only be out of contention for two to four weeks.

However, Donato Villani, who works for the Argentina national team, believes the 29-year-old is likely to miss at least a month-and-a-half of football.

“He is feeling very bad emotionally because he really wanted to come and play [for Argentina], but this incident has ruled him out of both games,” Villani told TyC Sports.

“He is going to be out for a month-and-a-half – minimum. He is unable to leave his house, or get in or out of the car. He was feeling very bad because he wanted to be here.”

A six-week layoff would see Aguero miss City’s home and away Champions League meetings with Napoli and the visit of Arsenal to the Etihad Stadium on 5 November.

It would also extend his wait to become City’s all-time leading goalscorer, with the Argentina international currently one goal away from equalling Eric Brook’s record of 177.

The injury has already led to Aguero being left out of Jorge Sampaoli’s Argentina squad for crucial 2018 World Cup qualifiers against Peru and Ecuador this month.