Senior BJP leader B B Shivappa passes away 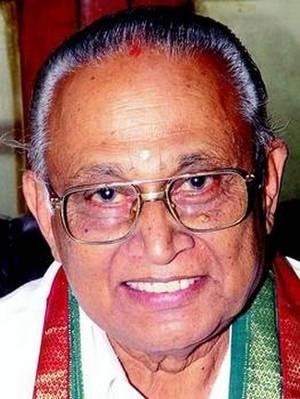 Veteran Karnataka BJP leader B B Shivappa on Monday passed away following prolonged illness at a private hospital in Bengaluru. He was 89. Shivappa is survived by wife and three sons. Hospital and party officials said Shivappa was ill for some time and also had age-related ailments.

The body would be kept at the party office and former legislator’s home for his supporters and public to pay their last respects, before being shifted to Kumbarahalli in Sakleshpur of Hassan District, where his last rites will be performed on Tuesday.

Condoling Shivappa’s death, Chief Minister Siddaramaiah remembered him for his “straight talk” and said he played a major role in laying a strong foundation for BJP’s growth in the state. BJP state President and former chief minister B S Yeddyurappa said it was a personal loss for him and to the party.

Yeddyurappa recalled Shivappa’s work in organising the party in old Mysuru region and said that his service and work would always guide the party.