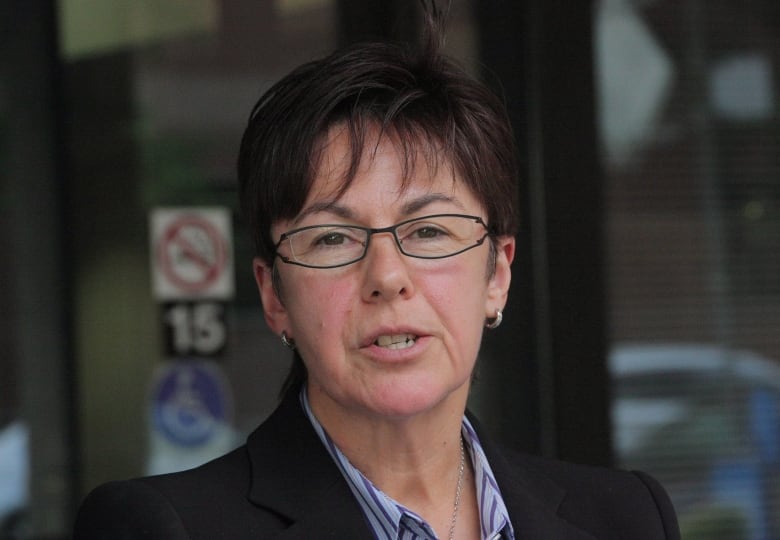 Members of the Red Chamber have been hit by a wave of questionable correspondence from Canadians convinced that a pending Senate bill would take away their pensions and lead to some sort of totalitarian world government.

Tens of thousands of calls, emails and handwritten letters urging senators to oppose Bill S-233 have flooded into the Red Chamber. The emails — many of them based on outlandish conspiracy theories — have at times overloaded the Senate’s servers, bringing the normal workflow to a grinding halt.

Bill S-233 calls for the creation of a national “framework” to allow the federal government to begin studying a “guaranteed livable basic income” program in Canada.

If passed, the one-page bill, which was introduced by Ontario Sen. Kim Pate, would not establish a basic income program in Canada. It would simply compel the Department of Finance to study the concept and report its findings.

Under parliamentary rules, a senator cannot propose any new spending or tax increases through a Senate public bill like S-233. Moreover, bills of this sort — and non-government legislation more generally — rarely pass through both houses of Parliament into law. The federal Liberal government has also been cool to the idea of a basic income program.

Despite those facts, senators are grappling with a well-organized letter-writing campaign driven by people worried that the bill’s passage will somehow result in real harms, like an end to Old Age Security and Employment Insurance or the contributory Canada Pension Plan.

Some of the thousands of letter-writers also falsely claim that, if passed, the bill would limit future social welfare programs to people vaccinated against COVID-19, or that cigarette smokers will be barred from government assistance.

The bill would not make any changes to existing government programs and does not stipulate who would qualify if the government were to implement a basic income scheme.

Some of the concern about pensions and income support seems to stem from a tweet by Peter Taras, a former Ontario candidate for the People’s Party of Canada. He told his followers that, if Bill S-233 passes, “if you are not vaccinated you will not receive EI, CPP, OHS, Social Services or Pension that YOU PAID INTO.”

That message has been retweeted more than 700 times.

Pate told CBC News that the tweet is “absolutely fantastical and untrue” and people like Taras are “spreading misinformation … that unnecessarily terrifies people by telling them their access to financial support and services upon which they rely would be terminated.”

She said it is “absolutely not” her intention to wind up any existing program.

“Bill S-233 would not claw back or reduce services or benefits meant to assist individuals with needs relating to their health, disability, retirement, etc.” she said.

“The bill proposes developing a framework for implementing guaranteed livable basic income, an income support program available to anyone living in poverty in Canada. In my humble opinion, it could form one component of a robust, responsive, and comprehensive economic, health and social safety net that includes housing, child care, education, pharma, dental and mental health care, as well as programs like pensions, disability supports and EI.”

Other letter-writers took an even darker view of Pate’s push to have the government study a basic income.

Alberta Sen. Paula Simons told CBC News she has personally received “thousands and thousands” of emails, letters and phone calls from people who say the bill is some sort of plot by nefarious actors to establish a “new world order” or a system of state surveillance.

Simons said she and other senators have had trouble navigating through their clogged inboxes. They’ve had to resort to other messaging platforms because their email accounts have become “functionally useless,” she said. The Alberta senator said her voicemail is always full because of the sheer volume of calls.

Others bizarrely maintain the legislation will lead to “transhumanism” — an alleged plot to turn people into cyborgs.

“This is CANADA . . . not North Korea, not Russia, you are employees of the people! NOT EMPLOYEES OF THE WEF OR THE WHO,” one correspondent told Simons in a recent email.

“Bill S-233 is just the beginning. We are losing our freedoms to a group of elites that want to depopulate and control mankind, enslave us to experimental transhumanism, and the removal of any Christian and Godly devotions,” said another.

“Nobody voted for Nazi Klaus Schwab. Nobody even knew he existed 2 years ago. He has NOTHING to do with Canada or any other country. Schwab holds a statue of Lenin in his office! This is NOT CANADA. We are NOT going BACK to NAZI GERMANY. Please see NUREMBERG CODE & TRIALS,” said one letter-writer, referring to the WEF founder who has been the subject of many conspiracy theories since the onset of COVID-19.

On Tuesday, all senators got an email that claimed the adoption of a basic income program would lead to the forced sterilization of people of child-bearing age and the extermination of the elderly and the disabled.

Simons said an untold number of Canadians have been “manipulated and terrified” into believing “outrageous” conspiracy theories that are patently false.

“Since the trucker convoy ended we’ve been bombarded. There’s been just a really sudden, dramatic spike in letters and many of them are from people who are deep into a conspiracy theory spiral,” Simons said.

Politicians are used to getting messages and calls from people who are “unwell,” Simons said, but there’s something different about this campaign.

‘COVID has broken a lot of people’

“I really do think COVID has broken a lot of people. There is a real delusional paranoia that runs through some of this mail. They’re writing to me about how this is a eugenics plot, a Masonic plot and at some point you go, ‘OK, this is really upsetting that people are preying on people who are already vulnerable.’ This is a thing that happens when people go through manic or schizophrenic episodes.”

Beyond Taras, the failed People’s Party candidate, Simons said it’s not clear who’s behind the effort to convince people that S-233’s passage would have such sweeping consequences.

LifeSite, a social conservative, anti-abortion website, has published a post on the legislation, linking Finance Minister Chrystia Freeland with the WEF. That website also quoted former U.S. presidential candidate Ron Paul who has claimed that the WEF wants to introduce global socialism through a universal basic income.

Since the LifeSite post was published, Simons has heard from church and community groups that have sent in large batches of form letters.

The WEF, a non-governmental organization that hosts discussions between world and business leaders at an annual summit in Davos, Switzerland, does not dictate what will or will not become law in any country.

The ‘great reset’ lives on

But Amarnath Amarasingam, a professor at Queen’s University, and one of Canada’s leading researchers on conspiracy theories, said the WEF is at the centre of so many COVID-related conspiracies because, in 2020, some its leaders talked about a “great reset” after the health crisis — a chance to evaluate how the global economy is structured after grappling with such a devastating pandemic.

Amarasingam said some theorists see Davos as a place where evil elites “basically do their plotting and their criming.”

“A lot of people think sinister elites manufactured the pandemic to bring about a ‘great reset,’ and make humans financially dependent on the government,” he said.

“There is a concern that the vaccines and a basic income are all woven into a grand plan to basically make us robots, cyborgs that will listen to anything these billionaire elites tell us to do. They think programs like a basic income will take away financial independence and that that’s part of a broader plot by evil-doers so that they can eventually have their way with us.”

Amarasingam said there’s nothing new about conspiracy theories but the pandemic has “pushed them into hyperdrive,” fuelling a movement of people willing to believe there’s a global movement to “enslave” humanity.

A noted decline in people’s trust in government, the press, academics and experts and public health authorities has made the situation worse, he said, while the advent of alternative social media platforms like Telegram has made conspiratorial material readily available.

“These alternative platforms have seen insane growth. It’s created closed ecosystems of thought where people only trust what they hear from other people online. They’re trapped in their own echo chamber and they start to believe that everything outside of it is corrupted. There’s a growing proportion of people who just live in an alternative universe.”

Amarasingam said people in these online forums are largely unaware of how the government operates — or how a bill is passed through Parliament — and those knowledge gaps “are easily filled with fantasy.”

“It’s easy to see a sinister plot when you don’t actually understand how the government works. These people aren’t civics majors,” he said.