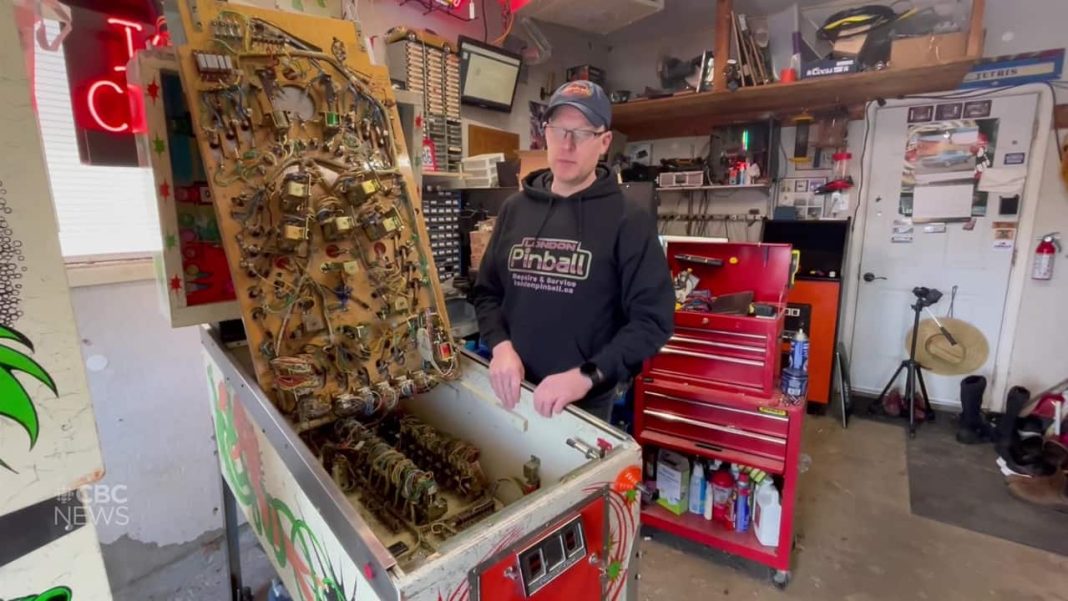 That’s because those who share his specific set of skills are hard to come by in London, Ont., and surrounding area. And in the past 20 years, he’s built a clientele of at least 200 customers who he sees fairly regularly through his business, London Pinball.

“There’s new ones calling me and trying to get in touch with me all the time,” said Cooke. “And of course, having a family and a full-time job, I could never meet the demand. I could never keep up, which leads to where we are today.”

At the end of April, Cooke will leave his job as an audio-visual tech at King’s University College to pursue the art of repairing pinball machines from the 1960s, 1970s and 1980s on a full-time basis.

It’s not a decision he came to lightly.

“I work with wonderful people. They are some of my best friends; they’re family. But coming up on 20 years, you know, the pandemic made me very self-reflective and conscious of the passage of time,” said Cooke.

“I thought perhaps it was time to change it up, do something different and follow my passion.” 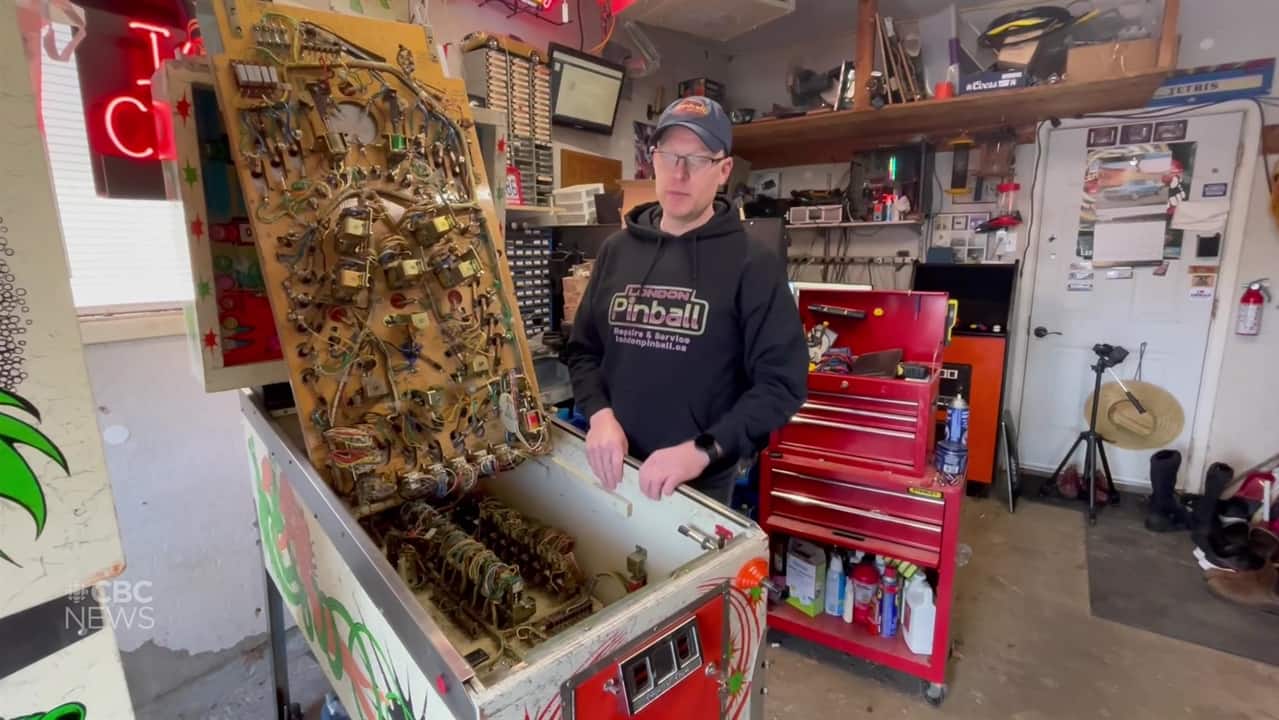 Corey Cooke of London Pinball reveals the inner workings of a pinball machine. 1:33

Cooke grew up in the arcades of Sarnia and Grand Bend. A nostalgia for those days led to him procuring his own Double Dragon video arcade machine, circa 1987, which he then discovered was more enjoyable to tinker with than to play. Before he knew it, Cooke was buying more arcade machines to fix and sell.

Doing that ultimately led to a fateful trade. In 2003, he swapped an arcade machine for a broken pinball machine and was faced with the challenge of repairing it.

“With the help of the internet, I sat down and I read every single possible thing I could find on how to fix pinball machines,” Cooke said. “I fixed that machine up and I sold it and I bought a couple more broken machines, and then I fixed those up and sold them and bought a few more.”

As it turns out, the pinball community is alive and well in southwestern Ontario, and word of Cooke’s experience with pinball machines quickly spread. He began to do house calls as a source of supplementary income when his wife went on maternity leave with their second child in 2009.

Cooke said that after pinball was invented in the 1930s, operators that purchased them for arcades frequently sold them to the public.

“You’d be amazed at how many there are around,” he said.

Londoner Mike Donachie is one of many local pinball enthusiasts. He said he’s “deeply in love” with a 1961 pinball machine he recently won through a raffle from a local bookstore, and “hugely relieved” to know there’s someone nearby who can keep it in good condition.

“It’s so, so addictive,” Donachie said of the machine. “Every time you do it, every time you play a game of pinball, there comes a point when the ball goes down the gutter and you’re done and then at that moment you want to play again. Something about it just keeps you playing.”

The appeal of the machine, invented long before the era of video games and virtual reality, is multifaceted, according to Cooke. Some people like pinball for the colourful, retro artwork. For others, it’s the gameplay and competitiveness.

But for Cooke, it’s something else entirely.

“I always found it was most fun to fix them,” said Cooke. “You know, in the solitude of my workshop when it’s quiet late at night, I can open up a machine and dig into its issues, figure out how it works and make it work better than ever.”