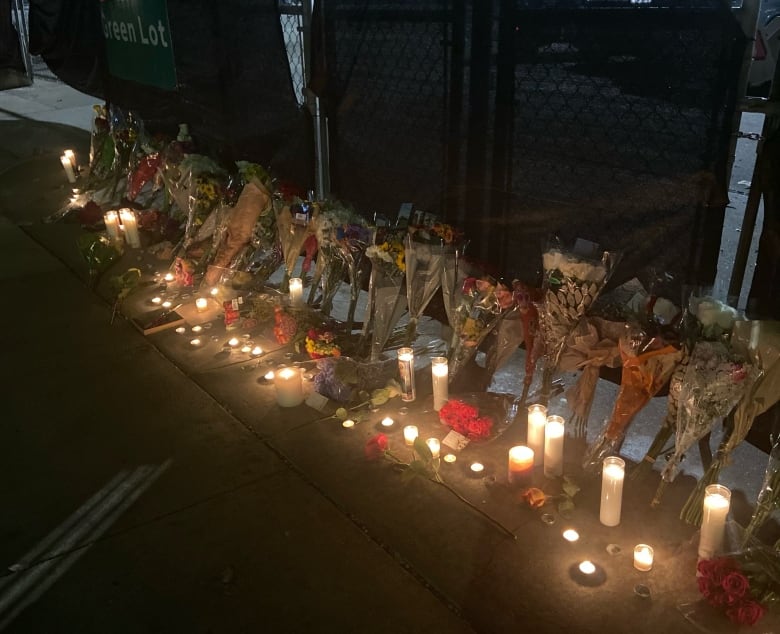 Security officers could have done more to prevent the chaos at Travis Scott’s Astroworld music festival in Houston on Friday, where eight people died, says an Ontario teen who attended the event.

Evan Pond, of Simcoe, Ont., said he travelled by himself to Texas last Wednesday to attend the sold-out concert at NRG Park. The 16-year-old had arranged to meet two friends there to see rapper Scott and others perform.

“Security wasn’t doing much to begin with throughout the whole day,” Pond told CBC Radio’s Metro Morning. “A lot of people I talked to after the show, we all feel that they could have done a lot more.”

At one point, the crowd surged toward the stage, crushing some fans and leaving them unable to breathe.

Pond called the ensuing scene, in which some people were also trampled, disturbing. He said the event — attended by an estimated 50,000 — has left some people “mentally scarred.”

“In some parts of the crowd, you would have people passing out, left, right. You would see people stacked up, on the floor, passed out. There’s people coughing up blood, there’s people puking. There are medic vans trying to get through. There’s people jumping on them. It was crazy,” Pond said of the scene.

When Toronto rapper Drake came on stage for a surprise performance, Pond said he was pushed down onto the ground for one or two songs. He said he found it hard to breathe, but was not injured. He was eventually able to get back up.

“I thought I was going to die; I can’t lie to you. Yeah, it was really hard to breathe and It was really scary. I don’t usually cry, but I was full-on crying like crazy,” Pond said.

A young woman beside him passed out in his arms, he said. “I turned to the side and she just like fell on top of me.”

Pond said while a number of people were trying to help others during the chaos, it seemed like some people just didn’t care. His mother called him the next day when she saw the news, he said.

Scott paused his performance once it was clear people needed medical attention and encouraged the audience to make room for an ambulance that was winding through the crowd, but later finished his set.

Officials have said a private company was primarily responsible for providing security at the festival, but Houston police were also assigned to the event.

Pond said the tone of the day was set from the “very get-go.” He was at the venue at 4 a.m. Friday, the first day of what was supposed to be a two-day event. There were some people already camped out.

When the venue opened, Pond said, there was a rush at the gates. Security on horses tried to control the crowd, but it was not enough, he said. Eventually, some people pushed down barricades.

Pond said he bought tickets for the concert in May and initially was “beyond the moon.” It was his first concert in about two years.

On Sunday, he said he went to NRG Park to pay his respects to those who died. A makeshift memorial has been set up along a fence surrounding the festival grounds and on parts of a sidewalk to honour the victims, who were aged 14 to 27.

“We all understood there that what happened was not supposed to happen,” he said.

In addition to the eight deaths, more than 300 people were treated at a field hospital on site and at least 13 others were hospitalized.

Meanwhile, at least 14 civil lawsuits have been filed against promoter Live Nation Entertainment Inc., or a subsidiary, Live Nation Worldwide Inc., according to court records.

Of those, 10 name Scott — whose real name is Jacques Webster— as a defendant and one names Drake.