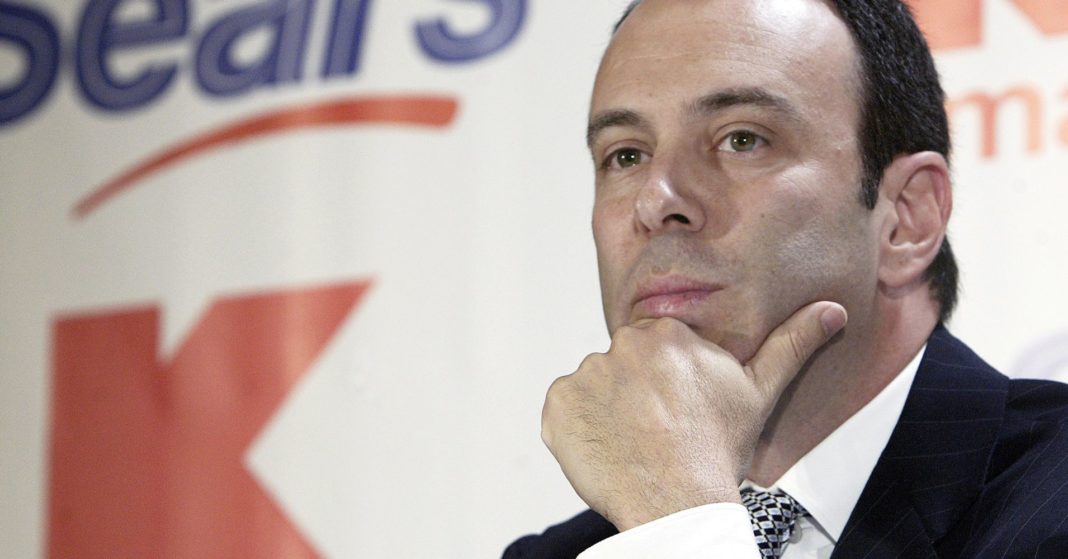 Sears Holdings has rejected Chairman Eddie Lampert‘s bid to save the 126-year-old company, setting the storied retailer with more than 50,000 employees on a path to liquidation, people familiar with the situation told CNBC on Tuesday. Sears, which also owns Kmart, planned to announce its liquidation plans Tuesday morning, the people said.

Lampert had put forward a $4.4 billion bid to save Sears by buying it out of bankruptcy through his hedge fund ESL Investments. His offer, though, was deemed insufficient by Sears’ advisors, the people said. One of the biggest unresolved issues was covering the fees and vendor payment it owes, making it “administratively insolvent.”

Still, ESL plans to protest Sears’ decision, a person familiar with the situation told CNBC. ESL, which worked over the weekend to improve its offer, will point to the extensive advisory fees that Sears has racked up during bankruptcy. Such fees are part of Sears’ administrative expenses.

The people requested anonymity because the information is confidential.

A liquidation could still salvage pieces of the storied retailer, like its home services business. Still, it marks the end of an era for the company that started in 1893 as Sears, Roebuck & Co., and was once the nation’s largest retailer. Its fall from grace saw it swing from being the “first everything store” to a business that couldn’t compete when “everything” was found online after Amazon arrived.

It will be what many deem the ultimate proof of failure in Lampert’s grand plan to fortify two struggling retailers, Sears and Kmart, by combining them in 2005. The combined companies became victim of savvier competition, changing shopping habits and, many have argued, poor management.

Lampert’s background as a hedge fund manager, once deemed the next Warren Buffett, proved to be poor preparation for battling retail titans like Walmart, Target and Amazon. Lampert believed that a strong loyalty program and data made investing in stores and advertising optional, people familiar with the situation have said. As Sears’ losses piled up, it didn’t have a choice, it couldn’t invest.

Sears’ last profitable year was in 2010. For the past five years, the ratio of Sears’ capital expenditures to sales has been less than 1 percent, even as its sales have more than halved in the same time period.

Without proper attention, Sears lost relevancy and its customers’ loyalty.

Sears had a little under 700 stores when it filed for bankruptcy in October, but it has since whittled that down to an expected footprint of roughly 400. It employed 68,000 workers at the time of its filing.

A liquidation would be what many deem the ultimate proof of failure in Lampert’s grand plan to fortify two struggling retailers.

At the time, Sears was looking for more products to sell in its stores to counterbalance the infrequency with which people bought its hallmark appliances like dishwashers. Kmart had access to apparel brands that previously refused to sell in Sears. It also offered Sears valuable suburban and urban real estate to get it out of the mall.

Kmart, which filed for bankruptcy in 2002, needed scale to help compete against Walmart. The Bentonville, Arkansas, retailer had invested in technology Kmart had long neglected. Walmart’s sophisticated operations allowed scale and the ability to sell at a deep discount that Kmart could not keep up with.

Lampert saw opportunity in both. The former Goldman Sachs intern had wowed investors with his ability to turn around auto parts store AutoZone. Armed with his hedge fund ESL Investments and the confidence of a man nicknamed “the next Warren Buffet,” Lampert believed he could concoct a similar turnaround in Kmart and Sears. He believed he saw value where others didn’t.

Lampert bought Kmart out of bankruptcy through ESL and ultimately combined it with Sears, to create Sears Holdings Corporation.

But Lampert was battling a national decline in the department store industry, as shoppers abandoned the mall and favored casual over formal wear. Department stores accounted for 14.5 percent of all North American retail purchases in 1985 but only 4.3 percent last year, according to Neil Saunders, managing director of GlobalData Retail. Sears’ peers, like Bon-Ton and Mervyn’s, whittled away, while rivals like Macy’s and Kohl’s poured money into their businesses to be among the ones left standing.

Walmart and Target proved relentless in their competition. The companies scaled quickly and poured money into private label brands, which were better in quality than those sold at Sears and Kmart.

As Sears’ competitors invested in its stores, Sears took a different approach. Lampert believed that a strong loyalty program and data made investing in stores and advertising optional, people familiar with the situation have said. Then, as Sears’ sales fell and its losses piled up, it no longer had a choice — investment fell out of reach.

Sears shrank its store-base, in a desperate attempt of to regain profitability. The stores that remained were in disarray, with outdated fixtures, dark lighting and piles of unwanted clothes. Sears lost relevancy and its customers’ loyalty.

Then Amazon arrived. Shoppers’ attention — and dollars — shifted to the newer and better “everything store.”