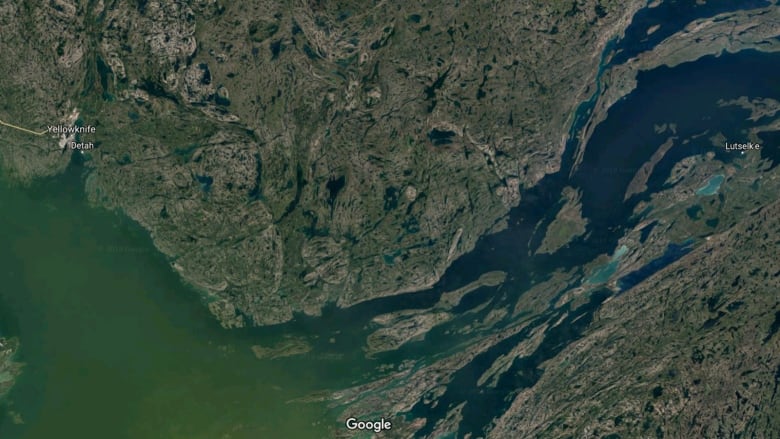 Samuel Boucher, 65, and Cammy Boucher, 23, are two of three overdue travellers believed to have been on their way from Detah, N.W.T., to Lutselk’e Monday evening. (Facebook)

Yellowknife RCMP say that they’ve suspended the search for three missing N.W.T. travellers after spotting a dead body in a large area of open water.

In a news release Saturday evening, police say the body has not yet been identified.

Helicopters, a Twin Otter and a C130 Hercules plane was deployed by the Joint Rescue Coordination Centre, according to the news release.

During a press conference Friday evening, police confirmed debris was located near a large area of open water, but that searchers were unable to land on the thin ice near the open water.

The debris was located approximately halfway between Detah and Lutselk’e, police said at the time.

During a patrol on Friday, police say they “observed a deceased person” in the open water near the debris. Yellowknife RCMP say the search has been suspended for three overdue travellers. (Google)

They collected evidence “through aerial photographs” to confirm the body was in the water and for further identification, states the release.

“With the observation of the deceased person, no sightings of the missing travellers after multiple searches over the area over several days with clear visibility, and deteriorating ice conditions, experienced searchers determined that all viable search options have been exhausted,” states the news release.

Families were notified of this decision, say police Saturday.

“We understand the desire to bring these travellers home, but due to the deteriorating ice conditions, we stress that no one should venture out on the ice,” said Sgt. Yannick Hamel in the news release.

Police say they are developing a strategy to “extract the deceased person from the water.” This plan will be analyzed on a daily basis for risks.

RCMP say the investigation will continue as an open missing persons file.

Police are asking anyone with more information to contact their local detachment.

“If further evidence comes to light, lifting the air search suspension may be reevaluated,” states the news release.