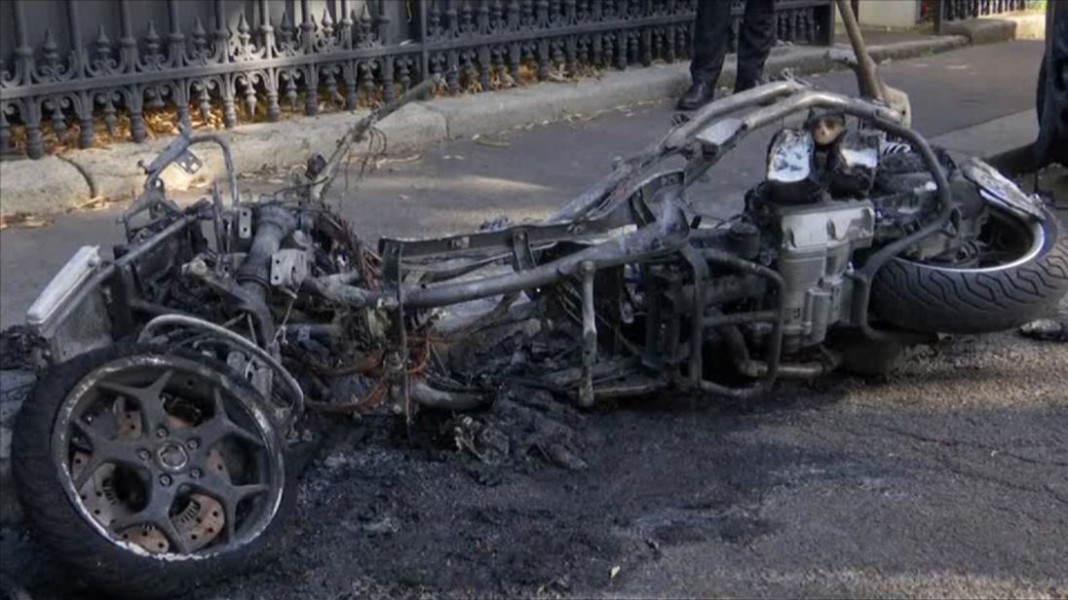 A scooter caught fire and caused a small explosion in front of a Jordanian military office in Paris on Wednesday morning.
It caused minor damage but no one was injured and police are looking into whether it was accidental.
A diplomatic vehicle was damaged.
Embassy official Abdallah Alolaimat said he did not believe the explosion had intentionally targeted Jordan.
It happened in front of the military attache’s office on Avenue Foch, in the west of the city.
The country’s embassy is in another area.