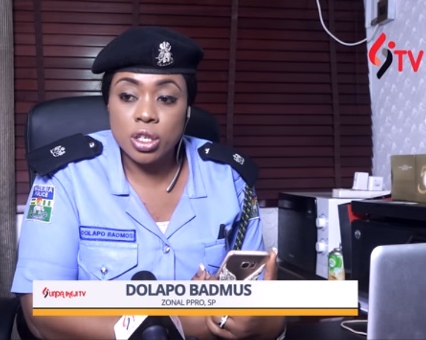 Zonal Police PRO, SP Dolapo Badmus has reacted to the viral video of a Police officer who was pictured in plain clothes while carrying a gun.

According to her, the officer is a member of the Special Anti-robbery Squad (SARS). She also said that SARS officers are not supposed to wear plain clothes while on duty. She revealed that the force has a special outfit for SARS officers which enables citizens to identify them when they are approached by one.

Dolapo Badmus also advised citizens on what to do when they are approached by a person in plain clothes claiming to be a police officer. Watch the video below…