Sanders Of Supporter And Alleged Shooter: ‘Violence Of Any Kind Is Unacceptable’ 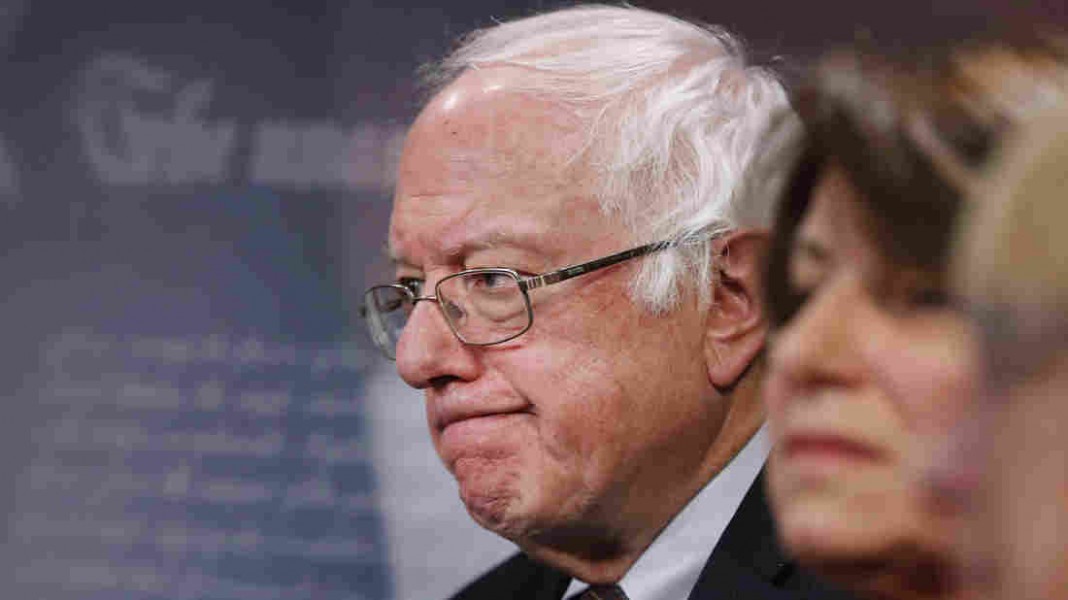 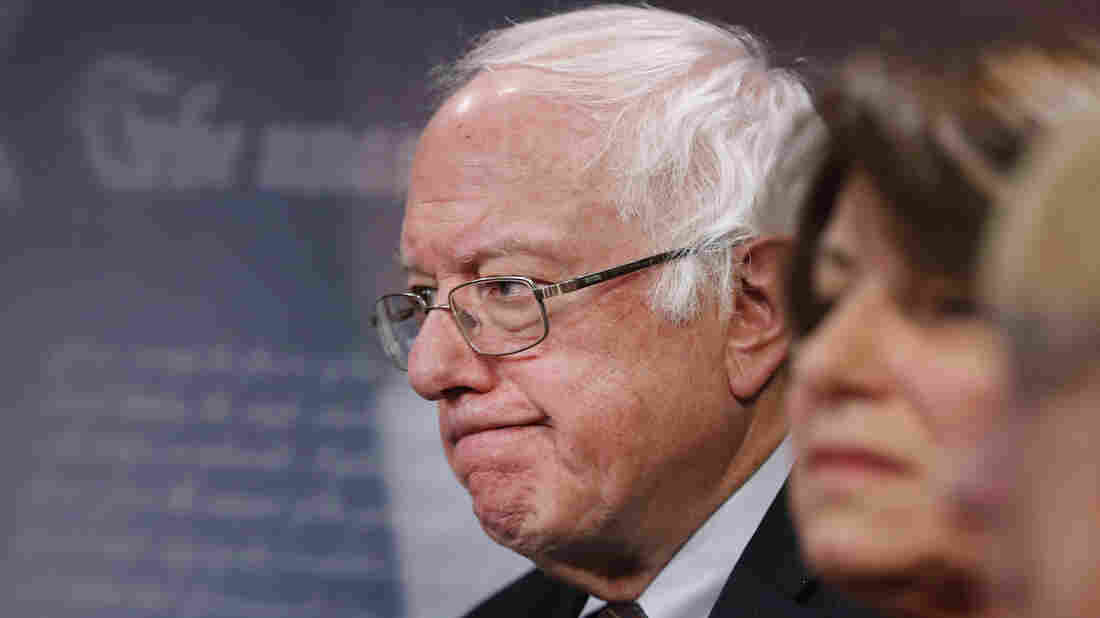 Sen. Bernie Sanders condemned a shooting at a congressional baseball practice allegedly carried out by one of his supporters. Manuel Balce Ceneta/AP hide caption

Sen. Bernie Sanders condemned a shooting at a congressional baseball practice allegedly carried out by one of his supporters.

Sen. Bernie Sanders, who led a progressive, left-wing populist effort that very nearly won him the Democratic presidential nomination, condemned the shooting Wednesday at a congressional baseball practice — and acknowledged the suspect was apparently a supporter of his campaign.

“I have just been informed that the alleged shooter at the Republican baseball practice is someone who apparently volunteered on my presidential campaign,” the Vermont independent said in brief remarks on the Senate floor. “I am sickened by this despicable act. Let me be as clear as I can be — violence of any kind is unacceptable in our society, and I condemn this action in the strongest possible terms. Real change can only come about through nonviolent action, and anything else runs counter to our most deeply held American values.”

He continued, wishing for the speedy recovery of Republican Louisiana Rep. Steve Scalise, congressional staffers and Capitol Police Officers who were shot. Scalise and others were practicing in a quiet Washington suburb for Thursday’s Congressional Baseball Game that pits Democrats against Republicans.

The alleged shooter — identified by two federal law enforcement sources as James Hodgkinson, 66, of Belleville, Ill. — is dead. He was strongly anti-Trump, according to various reports.

Trump responded to the incident, calling for calm: “We may have our differences, but we do well in times like these to remember that everyone who serves in our nation’s capital is here because, above all, they love our country.”

Rhetoric during the 2016 presidential campaign, though, was hyperbolic on both extremes. There was notable online harassment from so-called “Bernie Bros,” and Trump himself got Secret Service attention when he said this at a rally about Hillary Clinton: “If she gets to pick her judges, nothing you can do, folks. Although the Second Amendment people — maybe there is, I don’t know.”

The Secret Service is aware of the comments made earlier this afternoon.

There was even a man who went to a pizzeria in Washington and fired shots inside because he believed a completely fabricated story about a child-sex ring. (The conspiracy theorist, Trump-supporting radio host who promulgated the story eventually apologized and admitted it was fake.) And in early June, a man shouted anti-Muslim hate speech at two women on a train and stabbed three bystanders, killing two of them.

Politicians are often able to move on from the rhetoric. To them, the words are just part of the game. But the broader concern has always been their effect on vulnerable or unstable people.

The timeline for politics creeping in after these tragedies has been shortened to almost immediately after. So, perhaps it’s not surprising it already is.

At a news conference this morning with Virginia Democratic Gov. Terry McAuliffe, he brought up background checks and closing gun-show loopholes (before anything was publicly known about the shooter). McAuliffe is in a state with some of the most lax gun regulations in the country.

It always happens — after Newtown, Conn.; after Aurora, Colo.; after former Rep. Gabby Giffords was shot at a constituent event.

President Obama defended doing so after Newtown: “Are we really prepared to say that we’re powerless in the face of such carnage, that the politics are too hard?”

It’s perhaps not surprising that this is where we are as a society. Social media and campaigns have pitted people against each other, painting them with broad brushes that result in pictures that are caricatures barely resembling real life.

(Just check out how people are already responding to the fact that this was a Sanders supporter.)

Get ready — this is only the beginning.