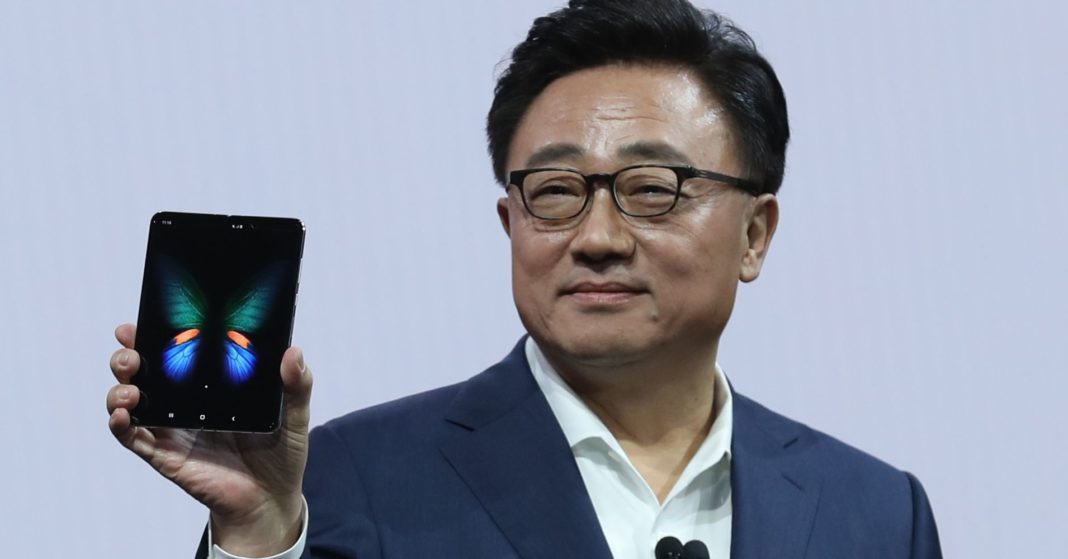 Samsung’s new foldable smartphone is a “game-changer,” but investors should not expect the new device to be a major contributor to the company’s profits this year, according to an analyst.

The South Korean tech giant announced the new phone, called the Galaxy Fold, on Wednesday at a launch event in San Francisco. It builds on Samsung’s engineering and display innovation since its first flexible display prototype in 2011.

“It’s a game-changer in how we may use our devices in the next decade, where you can convert your phone into a tablet,” Mark Newman, managing director for global memory, storage and electric vehicles at Bernstein, told CNBC’s “Squawk Box.”

But the smartphone’s steep price of $1,980 would likely be a barrier to widespread adoption.

“It’s a 2,000-dollar price point, so it’s too expensive, really, for most people to buy,” Newman said. Samsung was “always talking about a limited launch — very, very limited geography, a million units or less. It’s not really going to drive Samsung’s bottomline at all this year,” he added.

Instead, Wednesday’s launch was meant to test the water for an ultra-high end and pricey smartphone at a time when the broader market is shrinking. Newman explained that Samsung’s plan was to the show off the technology, get the manufacturing process going, have the software up and running, and get customers accustomed to the concept of a foldable smartphone.

“When it’s ready, they’re going to go for mainstream launch, with a more aggressive price point (in) 2020, probably,” he said, adding the Galaxy Fold would eventually present “big upside” for the world’s largest smartphone maker.

While analysts generally agree that the new foldable device demonstrates Samsung’s innovation capabilities, Daniel Yoo, head of global strategy at Kiwoom Securities, said that it might not substantially drive the company’s growth rate in the smartphone market.

Last year, Samsung’s overall smartphone shipments declined about 8 percent, according to the International Data Corporation, but the tech giant held on to pole position in terms of its market share.

“The key question mark is whether the foldable phone is going to create huge sales,” Yoo told CNBC’s “Street Signs.”

Still, the costly device might turn it into a “status symbol,” according to Patrick Moorhead, president and principal analyst at Moor Insights & Strategy.

“While I don’t think the experience will be ‘perfect’, it doesn’t have to be, but I do believe the experience will be better than the first ‘phablets’ and any other announced foldable,” he said. “At $1,980, it (is) super premium, will be a niche product, but I believe it will sell out and become a status symbol.”

Both Samsung and iPhone-maker Apple have seen their share of the smartphone market dented by Chinese competition in recent years.

The likes of Huawei, Vivo, Oppo and Xiaomi have risen to mainstream prominence by selling smartphones with high-end features at a relatively cheaper price. Last year, both Huawei and Xiaomi grew around 32 and 33 percent respectively, according to IDC.

In China, Samsung’s market share is in the single digits and in India, another major smartphone market, Xiaomi broke the Korean tech giant’s dominance.

The launch on Wednesday, during which Samsung also announced four Galaxy S10 smartphones, was the company’s “opportunity to say ‘Look, we’re not out of the game. Look at all this other stuff that we have that many of these other competitors don’t,'” said Bryan Ma, vice president for devices research at IDC. “So, it’s good that they established that.”

Bernstein’s Newman said Samsung has an advantage in the foldable smartphone category because Chinese display-makers are still “way, way behind” on developing low-cost flat display screens.

“When you’re going to the foldable phone, it becomes even more difficult,” Newman said. “It doesn’t mean (Chinese firms) cannot come up with foldable phone … their cost structure is going to be probably an order of magnitude higher than Samsung for the display right now.”

Ma said Samsung is not out of the woods yet, despite launching the Galaxy Fold.