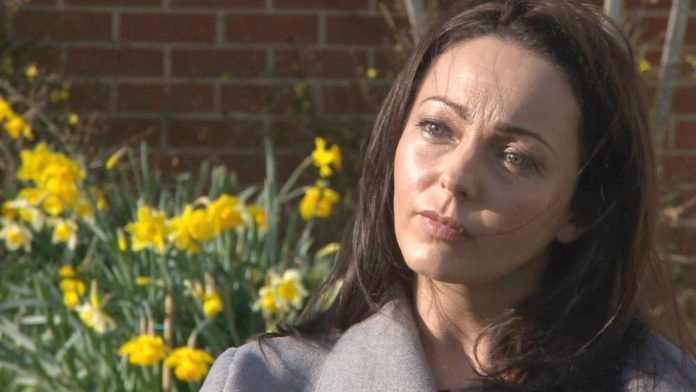 A victim of child sexual exploitation has called for a law change amid claims a man who raped her has been invited to play a role in her son’s life.

Arshid Hussain, who was jailed for 35 years in 2016, was told by Rotherham Council he could seek visits from the child he fathered, The Times reported.

Sammy Woodhouse told the BBC she was devastated when she was informed at a court hearing.

Ms Woodhouse said Hussain had not made any application to see her son.

The Ministry of Justice said urgent efforts would be taken to “address the failings in this case”.

Ms Woodhouse described Hussain as “a danger to myself and to other children”.

Latest news from across Yorkshire

In a video posted on Twitter she urged the government “to change the law to ensure rapists can’t gain access to children conceived through rape”.

Hussain, known as Mad Ash around Rotherham, was one of three brothers behind the grooming and sexual abuse of more than 50 girls, including Ms Woodhouse.

Ms Woodhouse, who waived her anonymity in an effort to help other victims, said she thought when Hussain was jailed she could then get on with her life and would never hear from him again.

Ms Woodhouse, who now speaks about child sexual exploitation and her experiences, is calling for changes to the 1989 Children’s Act, alongside Sheffield Heeley MP Louise Haigh.

Although Hussain has not made any application, Ms Woodhouse said it was important to get the law changed to protect others.

“This is happening all over the country, and it needs to stop,” she added.

Ms Woodhouse said her son was supporting her and had given his permission for her to speak out.

The Times said the council had contacted Hussain and promised to keep him informed about future proceedings, after he was listed as a “respondent” in a Family Court case involving the boy.

In response, a council spokesman said while the authority could not disclose information relating to hearings in the Family Court “we do understand that the legal requirements can cause upset to those involved and so we welcome a debate”.

A Ministry of Justice statement said: “Local authorities can apply to courts to request permission not to notify parents without parental responsibility about care proceedings, and courts should consider the potential harm to the child and mother when making this decision.”

It added: “This is obviously a very distressing incident and the relevant departments and local authority will work urgently to understand and address the failings in this case.”

Labour’s Rotherham MP Sarah Champion said it was vital victims were not re-traumatised.

She said it was possible for new “black and white” guidance to be issued by the end of the day.