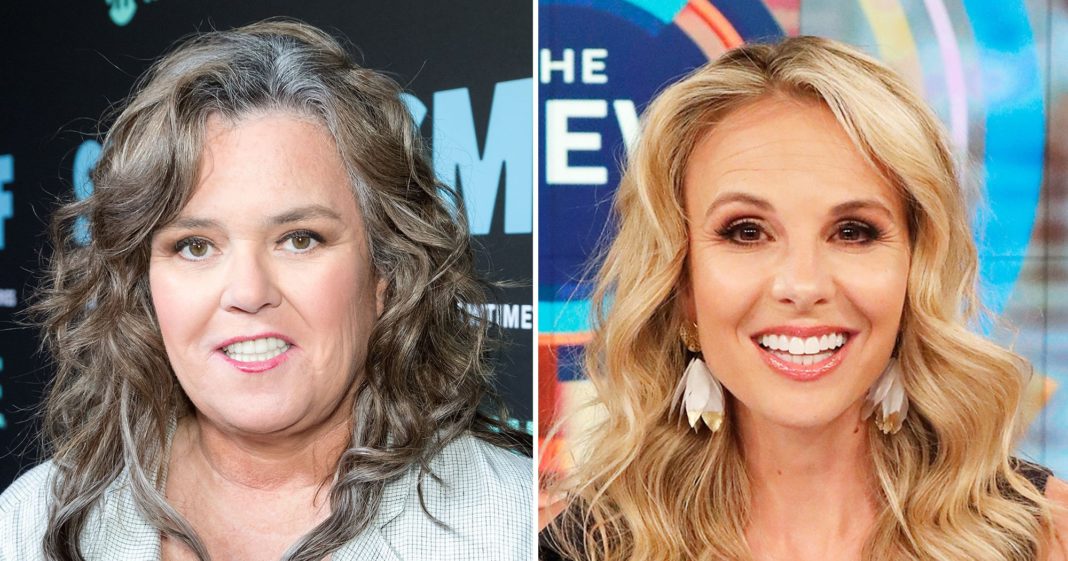 The back and forth between Rosie O’Donnell and Elisabeth Hasselbeck continues.

Elisabeth Hasselbeck and Rosie O’Donnell: A Look Back at Their Tumultuous Past

She added: “god love ya kid – i always did #hasselbeck #raminSUX.”

O’Donnell and Hasselbeck’s relationship made headlines on Monday, March 25, after the SMILF star confessed that she had “a little bit of a crush” on the Survivor alum, 41, during their time on the daytime talk show in the new book Ladies Who Punch: The Explosive Inside Story of The View.

“I think there were underlying lesbian undertones on both parts,” O’Donnell, who is openly gay, said in the upcoming tell-all, per Variety. “I think this is something that will hurt her if you write it. She was the MVP of a Division 1 softball team for two years that won the finals. There are not many, in my life, girls with such athletic talent on sports teams that are traditionally male that aren’t at least a little bit gay.”

She added: “[It’s] not that I wanted to kiss her. I wanted to support, raise, elevate her, like she was the freshman star shortstop and I was the captain of the team. … I was going to Scottie Pippen her. If I was [Michael] Jordan, I was going to give her and the ball and let her shoot. But it was in no way sexualized.”

“I’ll be very honest: I read it and I immediately started praying. … And I pray now the Holy Spirit gives me the words to articulate this, but I think it can be addressed with both truth and grace,” the host said. “If you took her words and you replaced ‘Rosie’ for ‘Ronald,’ there would be an objectification of women in the workplace, so that is disturbing and it’s wrong. And whether you’re a man or whether you’re a woman and you’re objectifying women in the workplace, it’s wrong.”

O’Donnell and Hasselbeck often went head to head on the The View in the mid-2000s. The former reality star revealed on Tuesday that she tried to reach out to the comedian, but had the wrong phone number.

“Rosie, I think it was disturbing to read those things and it was offensive to me, but I forgive her,” Hasselbeck said on Fox & Friends. “I totally forgive you, Rosie. … I really hope that we can be at peace and that we can both hold our beliefs in one hand and hold each other’s hand in the other and still have a relationship that’s at peace. … Even more than I want to be at peace with her, I hope she finds that peace because God wants that for her too.”