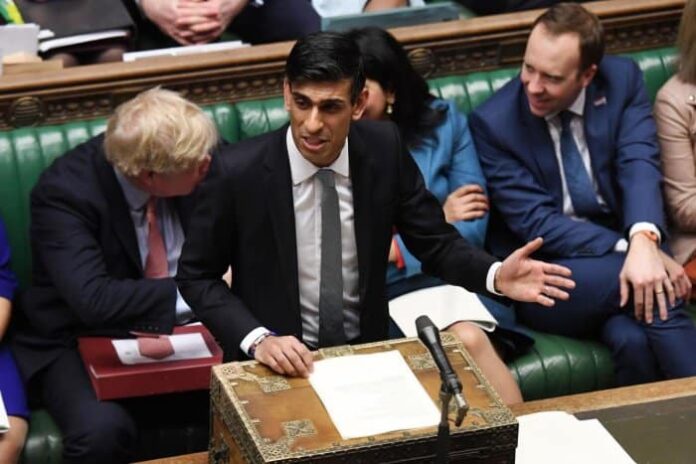 MPs have accused Rishi Sunak for failing to take on Britain fraud crisis worth a staggering £30bn after they demanded he put a stop to the rapid surge in covid economic crime.

Current efforts to stop the barrage of false claims and scams for coronavirus support payments have failed to ‘stem the rise, let alone start to bring it under control’. The Treasury Select Committee warned in a recent report which recommended reforms across the board to prevent billions of pounds being lost.

The chairman of a backbench of MPs, Mel Stride has said that getting on top of the amount of fraud that has amassed since the start of the pandemic would have allowed to Chancellor to minimise the pain of the National Insurance hike in April.

The report from the cross-party group warned that economic crime was not a priority for law enforcement and highlighted the number of agencies burdened with targeting the problem.

This follows the government attempts to mobilise in defence of its record following to resignation of the anti-fraud minister Lord Agnew because of the lack of action.

After Lord Agnew’s resignation, Mr Sunak took to Twitter to insist that he was ‘not ignoring’ the fraud.

The Treasury Committee has made recommendations that include forcing tech companies to reimburse customers who were targeted by scams through their platforms. In addition to pushing back against fraudulent online adverts and boosting companies house with the introduction of a £100 fee for setting up a new business in hopes to deter criminals.

Mr Stride has said that if ministers did not intervene with the problem is “more lives are going to be made miserable”.

It is estimated that fraud has hit £30bn a year after quitting over the Government’s “lamentable track record”.

Around £5bn of fraudulent loans have been handed out after fake applications were made for the taxpayer-guaranteed Bound Back Loan Scheme.

Rachel Reeves attacked Rishi Sunak for “fraud failures” in the House of Commons on Tuesday as Labour sort to bash one a possible future Conservative leader.

In response to the attack, he insisted that the Government is “going after each and every person who we suspect of defrauding the taxpayer”.
Official figures show that there was a 43per cent increase in fraud and computer misuse in at the end of June 2021, compared to pre pandemic figures.

Alongside these figures, there was also a 34 per cent jump in online shopping fraud and a 51 per cent rise in financial investment fraud.

The report said that “spending on economic crime needs to be sufficient to meet the challenge”.

It called on ministers to consider creating a single agency devoted to the issues. The report focused on overall economic crime however the treasury committee vowed to return to the huge losses from fraud on the Covid schemes in a separate future inquiry.

Mr Stride stated that reducing losses to fraud would help keep taxes down as the worrying rise in the cost of living worsens.