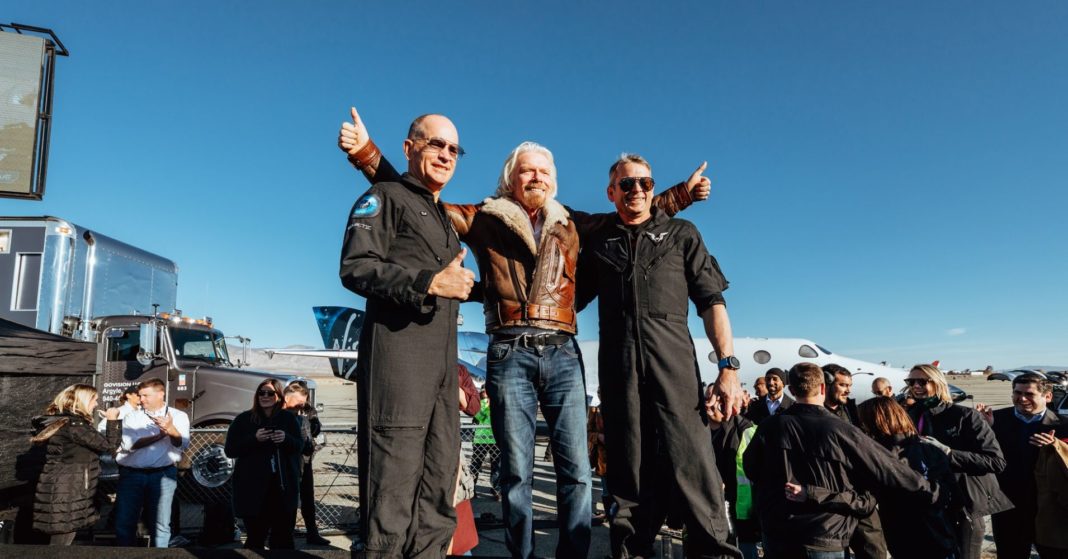 Billionaire founder Richard Branson tempered his expectation for when his first flight to the edge of space will happen, hours after his space tourism company Virgin Galactic launched its first commercial astronauts on Thursday.

“I would hope some time in the middle of next year I will be going up and then quite soon after that the public will go up,” Branson said on CNBC’s “Power Lunch.”

But Branson hedged his bets. He noted that he’s often given optimistic timelines for when he will first strap in for a ride on Virgin Galactic’s spacecraft.

“I always get these estimates wrong. It’s been 14 years to get to this stage; I thought it would be 7,” Branson said.

Despite the self-reflection, Branson was largely exuberant about his company’s historic milestone. Speaking from the Mojave Air and Space Port in the California desert, Branson described the spaceship’s journey. A two-member crew piloted spacecraft Unity to a speed of Mach 2.9 in a flight which reached an altitude of 51.4 miles, or nearly 83 kilometers.

Branson explained that, after Unity’s successful and most ambitious test flight to date, the spacecraft would undergo extensive checks before its next test flight. He expects there will be three more test flights before the Virgin Galactic moves its operations to Spaceport America in New Mexico.

“Roughly then we’ll be ready to move the whole operation to New Mexico where we’ve got a beautiful spaceport. I will then go up,” Branson said. “In the not too distant future we’ll have three spaceships operating from New Mexico taking people up.”

Virgin Galactic currently has more than 600 would-be astronauts signed on to launch, with tickets priced at $250,000 per flight. CEO George Whitesides, speaking alongside Branson, noted that those tickets may rise before they fall.

“I wouldn’t be surprised if in the near time prices even go up a little bit,” Whitesides said. “But I think long term Richard’s vision is to bring those prices down.”