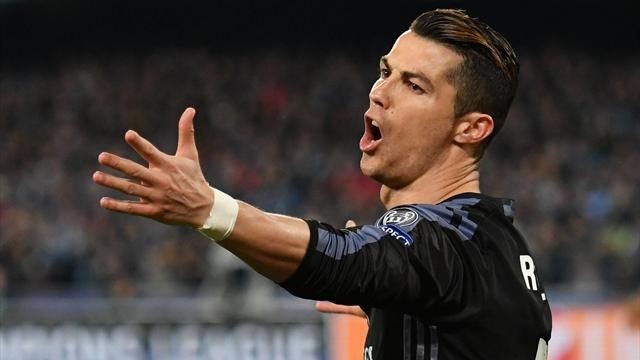 Thousands of delirious Real Madrid fans poured onto the streets of the Spanish capital to catch a glimpse of Cristiano Ronaldo and his teammates on Sunday as they paraded the Champions League trophy for a record 12th time.

Ronaldo sported a newly cropped haircut and he and captain Sergio Ramos led the traditional festivities for a major Real celebration as the players greeted local government dignitaries before parading the famous trophy in an open top bus around the Cibeles fountain in the city centre.

From there the squad headed to the club’s Santiago Bernabeu where a capacity 81,000 fans are expected for further celebrations, including a lights show and firework display.

Strict security measures were visible across the city in light of recent terror attacks in London and Manchester.

Ronaldo scored twice in Real’s 4-1 thrashing of Juventus in Cardiff on Saturday as the Spanish giants became the first side to retain the Champions League.

“The players have entered into the legend of Real Madrid and of football, as has our coach,” said club president Florentino Perez, as he reserved special praise for Zinedine Zidane.

The Frenchman, who himself won the Champions League as a legendary player for Real between 2001 and 2006, has enjoyed spectacular success since taking his first role in senior management just 18 months ago.

“He is the only one to win two consecutive Champions Leagues,” added Perez

“That is why he is already the best coach in the world.”

A third Champions League win in four years has drawn comparisons to the great Real side that won the first five editions of the European Cup between 1955 and 1960.

“I feel like this is the best team in history,” one fan Alvaro Mora, who had travelled over 500 kilometres from the southern city of Almeria to take in the celebrations, told AFP.

And like Real’s performance on the pitch at the Principality Stadium as they tore the Italian champions apart with goals from Casemiro and Marco Asensio adding to Ronaldo’s double, there was no sign of the Madrid fans’ tiring of success.

“It is the best thing that could happen,” said Colombian shop worker Jose Ordonez, 54, who took in the festivities with his two sons.

“We promised to return and we have returned as champions,” said Ramos as the squad visited the home of Madrid’s local government and the city hall.