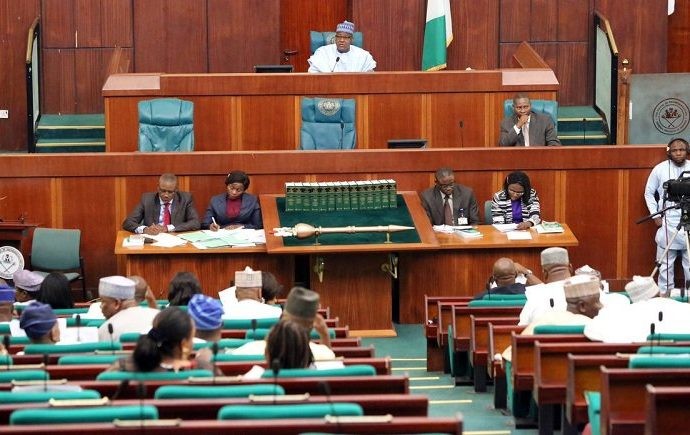 The House of Representatives on Tuesday sought a compulsory review of the National Minimum Wage every five years.

The proposal was contained in a bill to amend the National Minimum Wage Act, 2004, which passed second reading on the floor of the House in Abuja.

The session was presided over by the Speaker, Mr. Yakubu Dogara.

The legal framework, when passed, sets in motion a process for government and organised labour to commence discussions on review of wages every five years.

The bill was sponsored by the Majority Leader of the House, Mr. Femi Gbajabiamila.

The All Progressives Congress lawmaker from Lagos State told his colleagues that aside ensuring that workers were paid a living wage, the bill would address the frequent protests over poor wages and the unwillingness of employers, particularly the government, to raise wages.

Gbajabiamila recalled the acrimonious relationship between workers and government years back before the current minimum wage of N18,000 was agreed upon between labour and the authorities.

He noted that thereafter, attempts to discuss a wage review had always resulted in unresolved disputes, threats of strikes and general instability in the work environment.

Gbajabiamila spoke further, “We have said that the primary purpose of government is the security and welfare of the citizenry.

“The payment of salary and living wage is a major component of the people’s welfare.

“There is no law today that compels government to increase salaries or review wages. It took many years for government and labour to agree on what we have as a minimum wage of N18,000 today.

“Other countries have a periodic review of wages embedded in their laws, and workers can actually plan and look up to the review.

“The payment of a living wage to workers should not be seen as a privilege; it is a right.”

He explained that the proposal sought to amend Section 1 of the extant law to make clear provisions for the review of the minimum wage every five years.

The majority leader observed that though the 1999 Constitution (as amended), made a provision for the review of pension every five years, it was silent on the review of wages.

He added, “That is why this new law is important. For instance, we cannot say we want to stamp out corruption and yet we can’t give people a living wage.”

Gbajabiamila stated further that while the amendment did not suggest that the minimum wage would “automatically” increase after five years, it set the framework for discussions to commence on wage review every five years.

He said, “This bill is talking about certainty in wage reviews.

“It means that workers will no longer have to protest over wages when they know that there is a periodic review backed by law.”

The bill passed second reading in a unanimous voice vote.