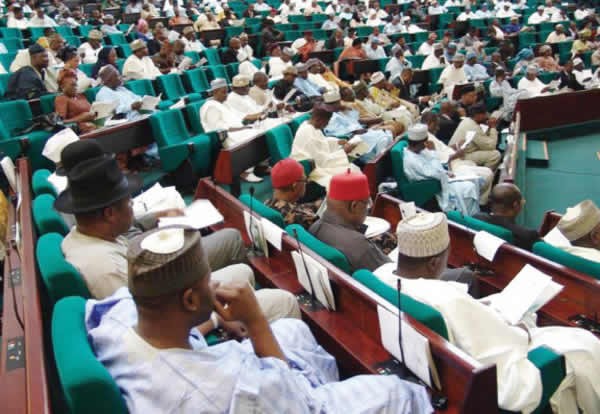 There is bickering among members of the House of Representatives over the assigning of committee jobs, The PUNCH learnt on Monday.

Findings indicate that the wrangling is caused by a “growing practice” of taking the jobs of standing committees and assigning them to ad hoc committees, thereby allegedly making chairmen of regular committees redundant.

Investigations show that recently, some angry chairmen stormed the office of the Speaker, Mr. Yakubu Dogara, to allege that their jobs were being taken over by ad hoc committees.

A National Assembly official said, “This problem has been happening and as a matter of fact it is embarrassing when members squabble over who should conduct this investigation or that one.

“Some chairmen have complained and they go to Dogara to voice their frustration. If all the jobs are handed over to ad hoc committees, why are they chairmen?”

But The PUNCH was told that the leadership used ad hoc committees to speed up investigations.

It was also gathered that the House felt the ad hoc committee method would enhance transparency, especially when the investigation involved very “sensitive and controversial issues.”

Another source said, “You know that ad hoc committees, by their nature, are time-bound. They handle an assignment and the committee winds down.

“The standing committees are there on  a permanent basis. So, it is the thinking of the leadership that it will be more transparent to use ad hoc committees to avoid possible compromise.

“The tendency is for regular committees to try to be more accommodating of agencies and parastatals that they have oversight functions over and this can affect the outcome of certain investigations ultimately.

“You may also not blame the leadership for all cases. Sometimes, the prayers of the motions that bring up a particular investigation may ask for an ad hoc committee to be set up.”

One example is the probe into mass job losses in the telecommunications industry and compliance of operators with regulations.

It was gathered that the fresh assignment resulted from disputes between the ad hoc committee members and members of the telecommunications committee.

“When the telecommunications committee started sitting on the same issue and invited Shittu again to testify, the minister was exasperated; he became tired.

“He asked why the new investigation would not refer to the submissions he had already made to the ad hoc committee” another source disclosed.

When The PUNCH sought the reaction of the Deputy Whip of the House, Mr. Pally Iriase, he said it was within the discretion of the leadership to either use regular committees or ad hoc committees to conduct investigations.

“You have even seen standing committee chairmen also chairing some of these ad hoc committees. So, these things are not exactly correct, most times,” he said.