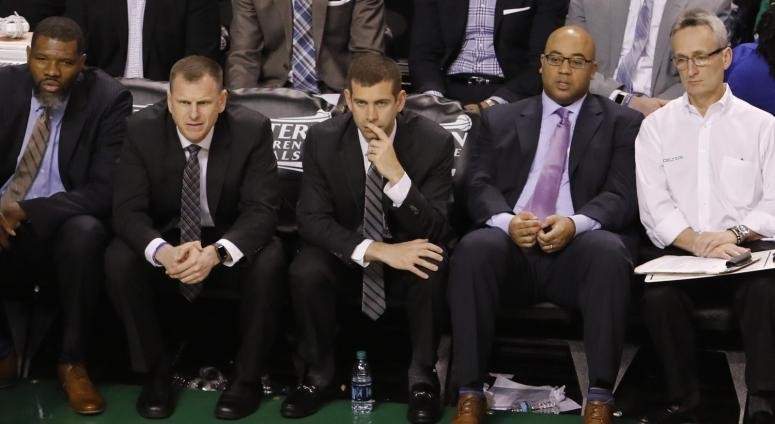 Shane Larkin is attempting an NBA comeback after spending a year in the Euroleague. And he’s reportedly attempting it with the Boston Celtics.

According to pro basketball reporter David Pick, Larkin has agreed to a deal with the Celtics, leaving a $6.3 million deal on the table in Europe.

Euroleague star PG Shane Larkin is leaving $6.3 million on the table while betting on himself in NBA comeback deal with Boston.

Larkin, 24, was the No. 18 pick in the 2013 Draft. He played parts of three seasons with the Mavericks, Knicks and Nets before heading overseas.

Larkin spent last season in Spain playing for Baskonia in the Liga ACB. He averaged 14.2 points and 4.9 assists per game while shooting 42.5 percent from the floor in 30 games.

Shane Larkin confirms that he has joined the Boston Celtics on a one-year deal. He explained his decision via text message: pic.twitter.com/25u58amO7u

In college, Larkin played for Jim Larrinaga at Miami. Larrinaga’s son, Jay, is an assistant with the Celtics.

Also on Thursday, the Celtics announced that they signed Guerschon Yabusele and Daniel Theis.

Yabusele was a first-round pick in 2016 and played last year with the Shanghai Sharks in the Chinese Basketball Association and the Maine Red Claws in the NBA G League. Theis, a 6-foot-9 forward, played with Brose Bramberg of the Euroleague.