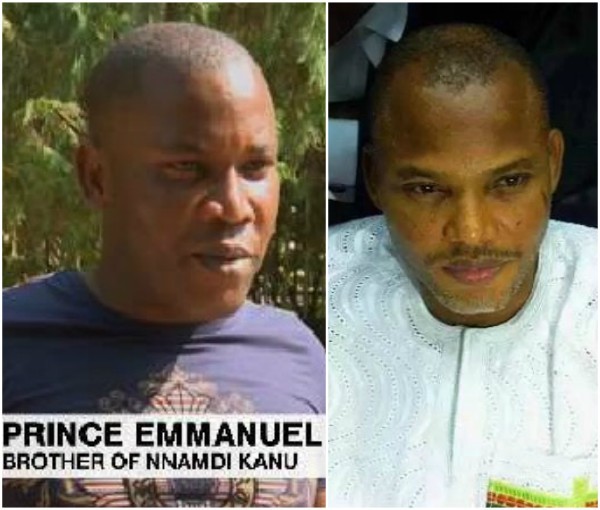 Emmanuel, younger brother of Nnamdi Kanu, leader of the Indigenous Peoples of Biafra (IPOB), has asked the army to produce the corpse of the Biafra agitator if he has been killed.

Kanu and his parents have not been seen in public since the military raided their Afarakwu residence in Abia state on September 14.

Speaking on behalf of the family on Tuesday, Emmanuel, Kanu’s younger brother, said he strongly believed his brother fell into the hands of troops.

However, the army has denied keeping Kanu in its custody.

A responder to the call put through to one of the telephone lines which Operation Python Dance released to the public dismissed the notion of Kanu being held.

“Kanu is not in our custody,” the individual with a hoarse voice blurted out when contacted on the telephone.

Kanu’s brother said the family had been searching for the IPOB leader and his parents for two weeks without making any headway.

He called on the international community to prevail on the army to produce his parents and the IPOB leader.

He also denounced the “desecration of his father’s palace”, describing it as a dent on the democratic posture of the nation.