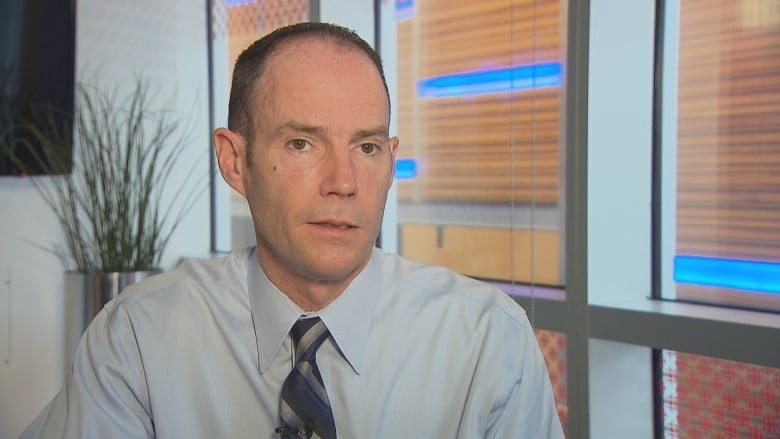 The union representing thousands of Mounties says it fears pandemic-related delays at the RCMP training depot will worsen its staffing crunch and increase the risk of officer burnout.

“The RCMP [has] always had a challenge, from our perspective, of having enough resources in the field,” National Police Federation president Brian Sauvé told CBC News.

“Either through attrition, retirements, resignations or not enough candidates coming through the door — we can’t meet the demand.”

Before the pandemic put life on hold, the force had 1,280 cadets (40 troops, each made up of 32 Mounties-in-training) enrolled for the 2019-2020 year. But the force temporarily suspended its training program in March and sent 16 troops home before they were able to finish the program in Saskatchewan.

After a mandatory 14-day isolation period, cadets have started to return to the training facility. According to the RCMP’s departmental report (which casts ahead to the 2021 year), the force is still hoping to graduate about 500 cadets this year.

But it remains unclear how that pause might affect the RCMP’s overall vacancy rate, which a spokesperson said won’t be calculated until April.

Sauvé said that while he’s impressed with how the RCMP has implemented new safety protocols for returning cadets, he fears the delay will undermine hiring goals across the country.

“It’s still going to be for everybody, whether it’s us or any other police service, a challenge to make up that backlog due to the stall,” he said.

According to statistics provided to CBC, the RCMP’s overall vacancy rate sat at less than one per cent of the service’s officer total — 19,050 regular member positions — as of April 1, 2020.

The vacancy rate is particularly high in certain parts of the country. The Yukon, for example, has a vacancy rate of 12 per cent.

Even after adding more officers, a quarter of shifts in the Moncton, N.B. region did not meet a minimum staff threshold last year. The Codiac Regional Policing Authority Board attributed that situation to the number of Mounties off work on long-term sick leave.

The union has asked the federal government, through its pre-budget consultations, for $190 million to increase training capacity at the RCMP academy. It’s also asking the RCMP to double the number of troops it moves through the academy every year.

Sauvé said the force risks exhausting its front line officers — especially in smaller, under-served areas — by not filling those vacancies.

“If there aren’t enough people around, they will sacrifice their personal time, their family life and their annual leave in order to get the job done. So that leads to burnout,” he said.

“That leads to people who are being overworked, overstressed. It leads to a multitude of things — early onset operational stress injuries, post-traumatic stress [and] extended leaves of absence when that burnout culminates.

“And also it leads to a degradation of family life, where you have children that don’t see their parents that often. You have spouses who get disappointed in the fact that your husband, wife or partner who is a member of the RCMP is never home.”

A June audit of the force’s national recruiting program, first reported on by Blacklocks this summer, flagged a number of gaps in the RCMP’s approach to recruitment.

“With increased demands for police officers and in the absence of clearly defined suitability criteria, [regular member] recruitment focuses on the quantity of applicants with less focus on the quality of applicants,” said the audit.

In a statement to CBC, an RCMP spokesperson said the police service is in the midst of developing new strategies to recruit new members.

“These initiatives are aligned with RCMP senior management’s commitments to identify, attract and retain the skills, experience and competencies the organization needs to remain agile and successful in carrying out its responsibilities,” said Robin Percival.

For example, Percival said, the RCMP is looking to recruit more civilian employees in its federal policing wing, which covers organized crime, national security and cybercrime.

“These efforts are also expected to have positive impacts in terms of increasing diversity and equitable representation across the RCMP workforce,” she said.

Sauvé said he hopes a new collective bargaining agreement between his union and the RCMP — which, when it’s completed, will be a first in RCMP history — will make a career in the police force more attractive.

“We’re hoping to fix that through collective bargaining and ratifying a contract through the next year. But it is a policing problem,” he said, adding that “you don’t see the young kids today running around playing cops and robbers and wanting to grow up to be a police officer as much as they want to grow up to be a paramedic or a teacher or a fireman.

“So as police services grow, we really need to, all of us, need to look at how we’re going to make policing a more attractive profession for those who are considering a life in service to Canada.”