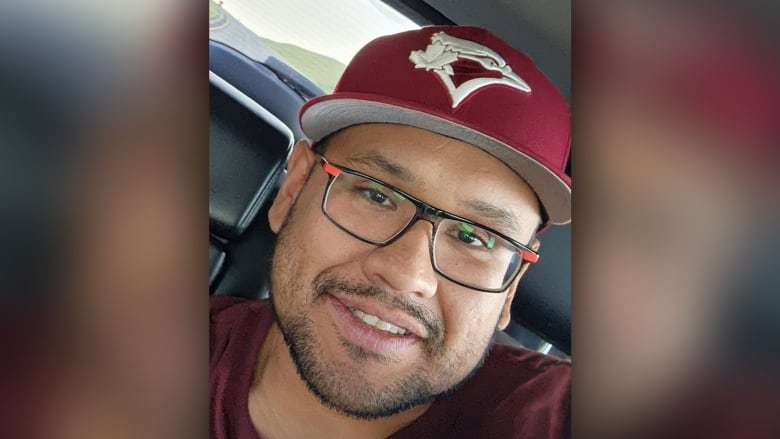 Authorities say the location of the mass murder suspect is still unknown and are urging the public to remain cautious.

Earlier Tuesday, RCMP sent an alert telling residents of James Smith Cree Nation, about 170 kilometres northeast of Saskatoon, to shelter in place after a report of a possible sighting of Sanderson, 32.

Sanderson is accused of murder along with his deceased brother, Damien Sanderson, 31, in connection with the mass stabbing that left 10 people dead and 18 injured in the area of James Smith Cree Nation and the nearby village of Weldon, Sask. Those tallies do not include the suspects.

Damien Sanderson, 31, was found dead Monday with wounds that did not seem self-inflicted, according to RCMP.

Myles may no longer be in Regina: police chief

Earlier in the investigation, police believed the suspect might have been in Regina.

Police had received a report Sunday that the vehicle the suspect was believed to be driving — a black Nissan Rogue with licence plate 119 MPI — had been spotted in Regina.

RCMP shared a new photo of Sanderson wearing glasses but say he might not be wearing them and that his current appearance may not exactly resemble the photo.

Regina Police Chief Evan Bray confirmed police received information that led them to believe Myles may no longer be in the city.

“Although we don’t know his whereabouts, we are still looking not only within the city of Regina but expanded into the province as well,” Bray said in a video posted to social media Tuesday shortly before 6 p.m. CST.

RPS continues to support the RCMP investigation and search for Myles Sanderson. Today, police received information that is leading us to believe that he may no longer be in Regina.<br><br>The situation is dynamic &amp; our Service is committed to joint work with our <a href=”https://twitter.com/RCMPSK?ref_src=twsrc%5Etfw”>@RCMPSK</a> partners. <a href=”https://t.co/qmothriIcL”>pic.twitter.com/qmothriIcL</a>

Police say they are receiving tips from throughout Saskatchewan and are following up on every piece of information.

Police at the meeting rushed out shortly before the public alert notifying residents to shelter in place had been issued.

WATCH | Some victims were attacked at random: 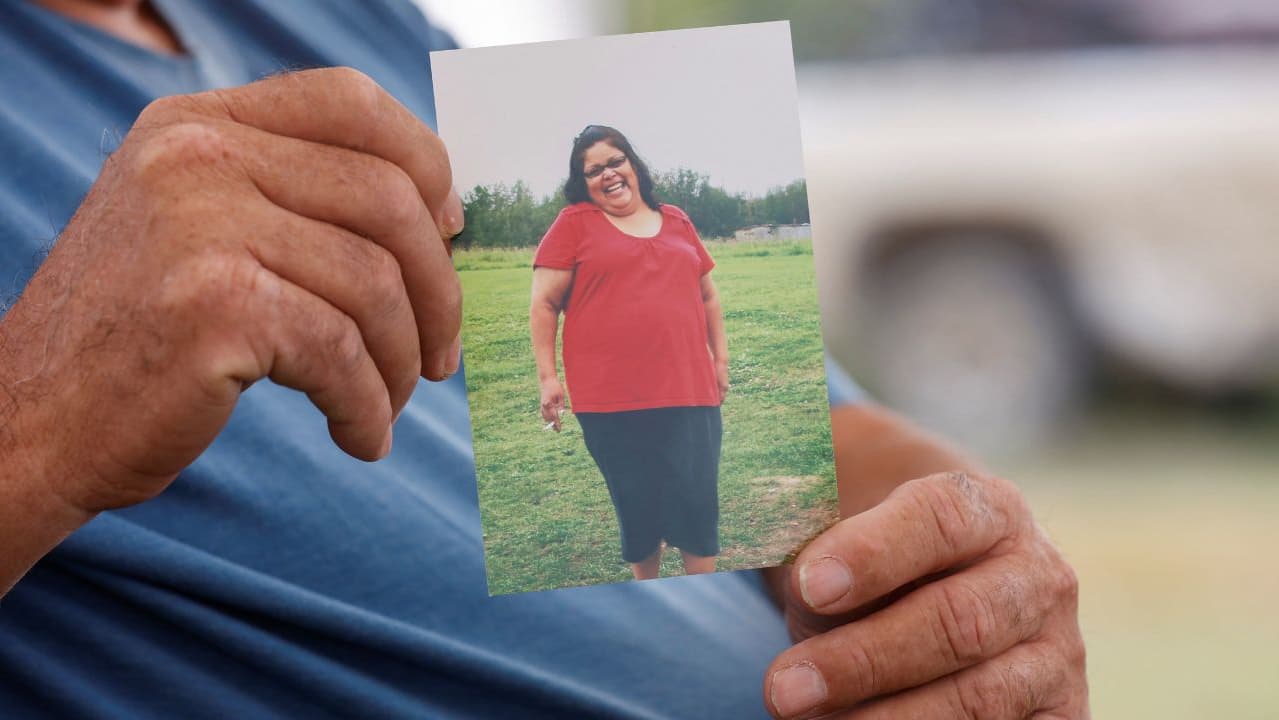 Stories are emerging about some of the victims of the stabbing rampage in Saskatchewan. Among those who lost their lives: a beloved mother of five, a veteran, and a community first responder who her family says was trying to help when she was killed.

Police from Saskatchewan, Alberta and Manitoba were searching for the Sandersons after the attacks sparked a dangerous persons alert Sunday morning.

Myles Sanderson is facing three counts of first-degree murder, as well as attempted murder and break and enter. Police say he may have sustained injuries, though it hasn’t been confirmed.

Before he was the subject of a multi-provincial search, Crime Stoppers had issued an alert for Myles who was considered unlawfully at large.

Parole Board of Canada documents show that over two decades he amassed 59 convictions for crimes including assault, assault with a weapon, assaulting a police officer, uttering threats and robbery.

Myles was given a lifetime prohibited weapons ban because of his violent behaviour.

He was sentenced to four years in prison. He served two-thirds of his sentence and received a statutory release last summer, meaning he would serve the rest of his prison sentence in the community under supervision.

However, Myles was re-arrested in the fall for violating conditions and then released again in February.

The board had ruled that it did not consider Sanderson to “present an undue risk to society” in its decision to maintain his release.

Myles was supposed to report to a case officer in the community after that release, but he went missing in May.

Speaking to reporters in Vancouver Tuesday, Public Safety Minister Marco Mendicino said he has engaged with the Parole Board and said there will be a review on its decision.

CBC News confirmed Tuesday that Earl Burns Sr., a veteran, is among the deceased. 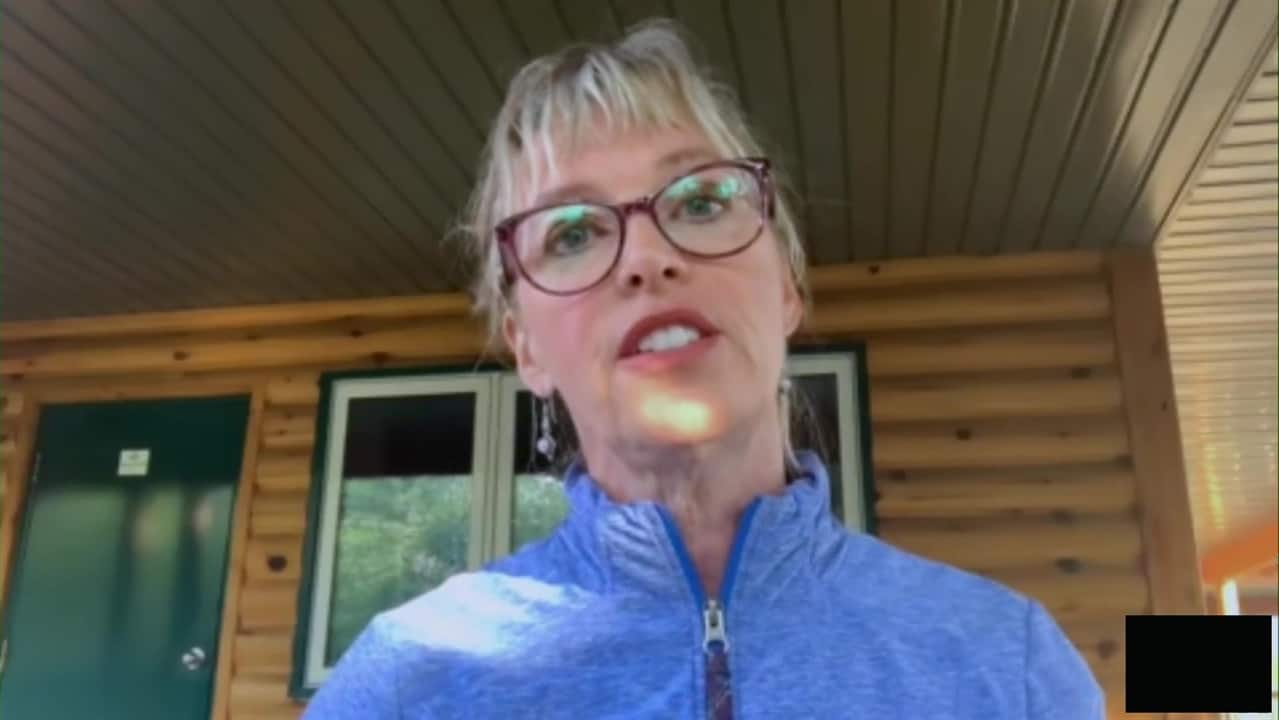 Police investigating murders in rural Saskatchewan must cast a wider net to find Myles Sanderson because he may be getting help, says former RCMP officer Sherry Benson-Podolchuk.

The Saskatchewan First Nations Veterans Association sent its condolences to the Burns family following his death.

On Monday, the Saskatchewan Health Authority said the hospitals were no longer in a Code Orange, which was announced Sunday following the influx of critical patients from the stabbing rampage.

The SHA said 10 patients remain in hospital as of 1 p.m. CST Tuesday. Three people are in critical condition, seven are in stable condition and seven have been discharged since Sunday.

The James Smith Cree Nation and sister First Nation communities are asking for food and monetary donations in the wake of the mass stabbing.

In an open letter being shared on social media, the Cree Nation, alongside chiefs and council from Peter Chapman Band and Chakastaypasin Band, have asked for food, money and disposable dishware and cutlery.

The group of First Nation communities declared a state of emergency on noon Sunday.

Donations for the Cree Nation can be delivered to the Bernard Constant Community School gymnasium.

It asked any monetary donations to be given as gift cards, cheques or cash and that donations would be logged.

Indigenous Services Canada said it will be supporting James Smith in a variety of ways identified by the Cree Nation, including mental health counselling, funeral costs for victims and supports for people displaced by the attacks, such as accommodation, meals and other essential needs.

The Saskatoon Tribal Council says there are currently more than 50 people from James Smith being housed at three locations in the city.

“A lot of these families had to flee. They came with the clothes on their back,” said STC Chief Mark Arcand at a news conference Tuesday.

The organization is supporting them with clothing, food, mental health resources and more.

Arcand says STC is accepting donations at the White Buffalo Youth Lodge and will triage the items as needed through its teams. People are being asked to call the lodge ahead of bringing donations.

Community feeling a flurry of emotions

“Everybody in our community is feeling the same way as I am,” he said “The people that we have lost are all family to me in some way. A lot of the victims that are in hospital are my friends.”

Brittain said he received a message from a family member on Sunday morning, leading him to drive to the community where he found “loved ones laying lifeless in my community.”

He said it’s going to take awhile for community members to forget those grim images and sleep well again.

On Tuesday afternoon, Premier Scott Moe, the Federation of Sovereign Indigenous Nations (FSIN) and other chiefs held two moments of silence for the victims during the grand opening of a sports complex at Big River First Nation, 120 kilometres northwest of Prince Albert.

“I trust that the RCMP, the relevant law authorities will catch [Myles Sanderson] sooner rather than later,” Moe told reporters. “And then we can focus on the community and focus on healing as a province.”

The University of Saskatchewan in Saskatoon said in a statement Monday it would be postponing some large campus gatherings, including some Welcome Week events scheduled for Tuesday, “out of respect for these communities and for the fact that the situation remains an emergency.”

It said it would be offering support to students, staff and faculty with connections to James Smith Cree Nation as well as opening the doors to the Gordon Oakes Red Bear Student Centre as a “safe gathering place” for campus community.

The University of Regina said in an email Tuesday that it’s upped security on campus and has ensured dormitory doors are only accessible through a keyed entrance.

The two dozen schools in Saskatchewan’s Northwest School Division were on “hold and secure,” director of education Duane Haulk said in an email: “With one suspect still at large, we will be hyper vigilant in maintaining the safety of students, teachers and school staff.”

Later Tuesday, the school board ended its hold-and-secure precaution and is resuming operations as normal.

Both the Catholic and public school boards in Saskatoon are operating as usual with supports for those affected.

The Regina Public School Board said it is taking steps to “ensure that our school safety procedures are followed,” but added Regina police don’t believe there is a reason to alter operations.

Both universities and the school boards offered their condolences and prayers in their statements and emails to those affected.