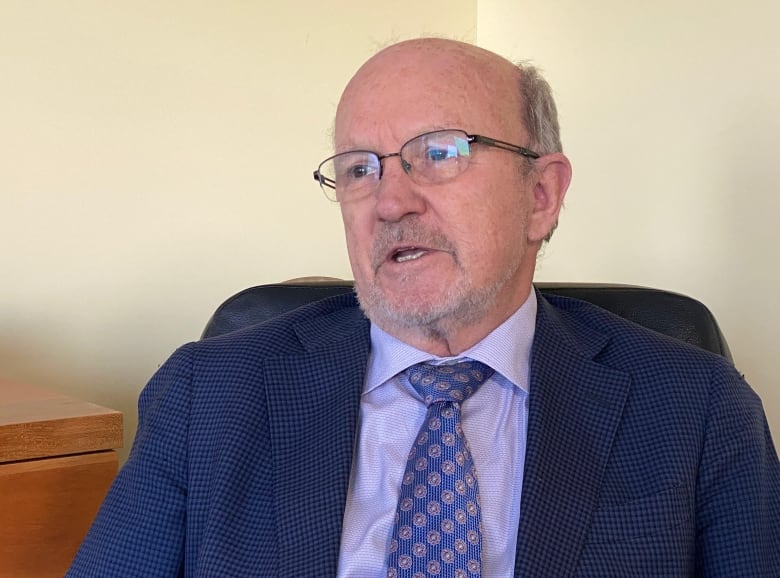 The lawyer for one of three people charged with giving ammunition to the gunman behind Nova Scotia’s April 2020 mass shooting is accusing RCMP of using his client as a “scapegoat” in order to deflect attention away from the force’s own failings during the 13-hour killing rampage.

Court documents filed in the case are shedding new light on how Brian Brewster, the brother-in-law of the gunman’s spouse, alleges he was treated by the Mounties following the killings, and accuse police of violating his charter rights when they interviewed him.

“The police used manipulation and trickery to get statements from him that now they’re turning around and attempting to use against him in a provincial court,” Tom Singleton, the Halifax lawyer who represents Brewster, said in an interview.

Brewster, 61, of Lucasville, N.S., has pleaded not guilty to one charge of providing the shooter with .223-calibre Remington cartridges and .40-calibre Smith & Wesson cartridges in the month before the massacre, which police don’t believe he knew about in advance.

Gabriel Wortman murdered 22 people, including a pregnant woman, in several rural communities on April 18-19, 2020, and burned a number of homes, including his cottage in Portapique, N.S. He managed to travel nearly 200 kilometres, most of it in a replica RCMP cruiser while disguised as a Mountie, before police shot and killed him at a gas station.

The families of the people who died and members of the public have accused the RCMP of not doing enough to stop the gunman and of failing to adequately warn the public about the danger as the shooter continued to kill both acquaintances and strangers.

The Crown disputes the suggestion investigators were obligated to tell Brewster he could consult a lawyer during an interview, and it will be up to a judge to decide if a statement Brewster gave to RCMP in June 2020 will be admissible when his trial starts next summer.

The Crown is proceeding summarily, which means a conviction carries a maximum fine of $5,000 and a maximum jail term of less than two years. Singleton said if his client is found guilty, he’s more likely to be sentenced to a brief period of probation than to jail.

But although the charge is relatively minor, the case is unusual, the lawyer said.

“The amount of resources that are being thrown into this by the RCMP and the Public Prosecution Service is unlike any other summary conviction case I’ve done in my 30-odd years practising law,” he said.

“My personal belief is this is not any more than an effort to distract attention away from the incompetence of the RCMP. …. I think the RCMP just love the idea of having a scapegoat that they can deflect attention to away from themselves.”

The RCMP said it would be inappropriate to comment as the matter is before the courts.

It’s not surprising the RCMP would put a great deal of effort into the case given the scrutiny the force faced in the wake of the shootings, said Wayne MacKay, a professor emeritus at Dalhousie University’s Schulich School of Law.

“The RCMP received a lot of negative publicity out of the handling of the Portapique tragedy and that they would no doubt be motivated to try to deal with any aspect, even a fairly minor one like this, in a way that allowed them to appear as both an effective and fair police force,” he told CBC.

Even though the gunman was dead, the Mounties launched an investigation. Police said they were looking into how Wortman obtained the weapons he used and whether anyone assisted him in any way.

More than seven months later, the force announced three people — the gunman’s partner of 19 years, Lisa Banfield, her brother, James Banfield, and brother-in-law Brewster — were being charged with transferring of ammunition. The RCMP said investigators did not believe they had any prior knowledge of the attacks.

James Banfield pleaded guilty in January and is awaiting sentencing on June 1. His lawyer, Michelle James, did not respond to requests for comment.

The criminal cases won’t be resolved by next week when the Mass Casualty Commission begins long-awaited public proceedings into the rampage. It’s still unclear what role, if any, the three people accused of providing the shooter with ammunition will have in upcoming hearings.

The inquiry’s mandate includes examining what happened on April 18-19, 2020, and how people were treated in the aftermath, as well as the role of intimate partner violence and the gunman’s access to firearms. The inquiry’s mandate is broad, but it does not allow the commission to make recommendations or conclusions related to criminal or civil liability.

Lisa Banfield, who Wortman shot at and physically assaulted at the onset of the violence in Portapique, is a participant in the inquiry. Her Toronto-based lawyer, James Lockyer, who is best known for advocating in high-profile wrongful conviction cases, told CBC he could not comment until her trial has concluded.

The Mass Casualty Commission did not respond to questions about whether Banfield would be called as a witness, saying in a statement last week that staff were still working on a list of the people who would give testimony.

During press conferences the week following the attacks, RCMP called Banfield a “significant, key witness.” When asked in an interview with CBC in June 2020 whether Banfield was under investigation, RCMP Supt. Darren Campbell said witnesses can fall into many categories.

“She’s been very co-operative with us and we do very much appreciate her co-operation and she certainly is a surviving victim of what had transpired,” he said.

Brewster, however, has no plans to participate in the inquiry nor has the commission ever contacted him, Singleton said.

The lawyer said he didn’t know enough about the inquiry’s work to say whether his client would have any information relevant to its mandate. He also said he would discourage his client from making any statements to the commission and would try to adjourn until after the trial in the event he was subpoenaed.

“On my advice, he would not have any interaction with them. If he became a participant at the inquiry, he could end up being forced to answer questions under oath, which could further damage his rights at a trial,” said Singleton.

Brewster’s trial is scheduled to continue into November, which means it won’t be over before the commission’s final report is expected Nov. 1.

Brewster spoke to RCMP twice at his home in 2020: first on April 19, hours after he and other relatives left Halifax Regional Police protective custody, and then again on June 30.

Singleton said his client was not aware he was under investigation until police produced a search warrant and seized Brewster’s phone at the end of the second interview. Unbeknownst to Brewster, the courts had already granted police authorization to search his bank records.

“They decided they’re not going to tell him about [the warrant] until after the interview, because telling him about that might cause him to call a lawyer,” said Singleton.

It’s not unusual for defence lawyers to make charter challenges and question the admissibility of evidence. In this case, Singleton has filed an application to the court saying Brewster’s second statement to police was a violation because the Mounties “intentionally undermined” his client’s right to be advised he could consult a lawyer.

He said although two officers, Const. Colin Shaw and Sgt. Fraser Firth, told his client they were speaking with him about the trafficking of guns and ammunition and whether anyone helped Wortman, they did not specify that he was under investigation.

Singleton said his client spoke to police because he was horrified by what happened and wanted to help.

Meanwhile, the Crown is arguing the charter section doesn’t apply because although Brewster was a suspect on June 30, he wasn’t detained or arrested and always had the option of ending the meeting or not answering questions.

MacKay, the law professor, said the legal test the judge will have to apply is whether a reasonable person would feel they were detained if they were in the same circumstances as the defendant.

The Crown included in its filings an “interview objectives” document outlining that the RCMP’s plan was to seize Brewster’s cellphone at the end of the interview.

A transcript of the actual police interview is not part of the court record.

Singleton said his client has no prior criminal record or interactions with the justice system and the charges have created an “absolute nightmare” as the public now links him to the massacre.

The criminal case won’t be the end of Brewster’s legal woes. He, along with James and Lisa Banfield, are also defendants in a civil case launched by the families of people killed.