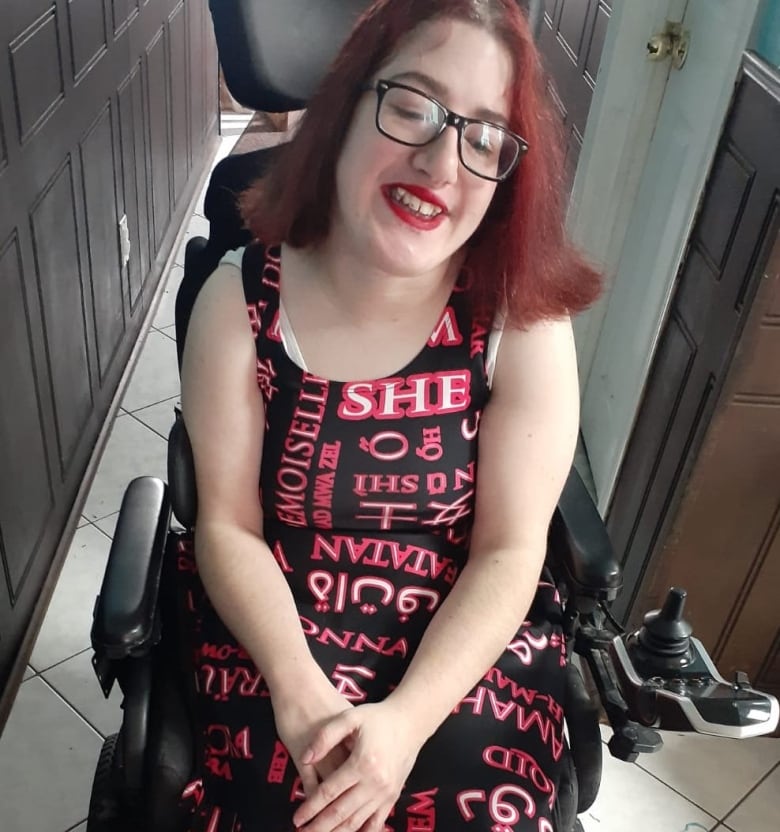 When Rebekah Patenaude was in high school, she went to prom with a male date. Not because she wanted to — she would have preferred no date at all — but because it was important to her friend.

“It was really awkward,” recalls Patenaude, 24, who started identifying as queer when she was 21. “I didn’t understand why, but now it’s clear to me… Like every other high school student, you try to fit in. But now I’m like, I don’t want to fit in. Fitting in is boring. I want to be myself.”

Patenaude is one of many queer women, femmes and gender-nonconforming folks in Hamilton who are getting ready for a prom do-over.

Set for May 22 at the Art Gallery of Hamilton, Fruit Salad Queer Prom promises to be the magical night of glitz and camaraderie that many queer folks didn’t get to experience the first time around. It’s a chance to experience prom a bit later in life as their true selves, however they have come to define that.

“I think this one will be different because… it’s people of the [queer] community,” says Patenaude, who plans to go by herself time, wearing a floor-length, rainbow maxi-skirt.

“You’re not of the minority, you’re in the majority. It’s a queer space. You can be loud, you can be proud. You can wear rainbows.”

The event is the latest in the Fruit Salad series, which launched last year in an effort to build community among queer women and gender non-conforming people and has since hosted events in Guelph and Toronto.

Hamilton-based organizer Sarah Barnhart says the events — including the upcoming prom night — are also about providing opportunities for joy for people who can feel marginalized in other spaces.

“I think that there are a lot of folks… who were not allowed to go [to prom] as who they were, or allowed to go with their partners,” Barnhart says. “So folks either didn’t go, or went pretending to be somebody else, or were really uncomfortable being there, and I think it’s important to have a ‘re-do.’

“You can just reset the memory in your mind and have the experience you really want to have as your truest, most magical version of yourself.”

Queer Prom will mimic the traditional version of the event in some ways: with fancy attire, dancing, a DJ and a photo booth. There are corsages and boutonnieres available for preorder. Tickets for the event are $80.59, including fees, but are also being sold on a sliding scale for those who can’t afford that, a move in keeping with Fruit Salad’s ongoing efforts to make sure nobody who wants to participate is left out.

“One of the most important things, especially for this, is that people be able to attend no matter what,” Barnhart says.

Queer Prom will also be fully accessible — something central to Patenaude’s participation, as she uses a wheelchair.

She says it’s validating to have “a space that’s fully queer and fully accessible and barrier-free… I can be myself and I don’t have to worry about, ‘What is that person thinking in their head? Are they homophobic, are they transphobic, are they ableist?’ In Fruit Salad, I can be in the space and dance and… let go.”

Mo Swayze, 23, didn’t go to his prom at downtown Hamilton’s Cathedral High School. He cites social anxiety and depression, problems that have eased up somewhat since he began accepting himself and his identity, which is trans masculine.

“I had a lot of guilt, or just not knowing whether I was right or wrong because of the stance the church has,” he said. “It was difficult for me to try to be who I was, or explore that there were other options than being straight. I wasn’t sure if that was ok for me or a possibility for me. I got tired of being confused or trying to be someone I wasn’t.”

Swayze, a social work student, was nervous when he bought the tickets but now just feels excited. He sees the event as a chance to make inroads with the local queer community.

“I have been longing to be part of the community but I didn’t know how. I didn’t know anyone who is queer. I’ve kind of been on the outside looking in this whole time.”

Kelly Tayler also didn’t go to prom as a teenager. She was homeschooled at the time, so didn’t get the option. She says she’s purchased a few outfit options, but is leaning toward a 90s-style green dress that suits the style of 17-year-old Kelly.

She says everything she knows about prom comes from TV and movies.

“It was such a pivotal experience I felt like I missed out on,” the 36-year-old says, although noting that being older might actually help her appreciate it more.