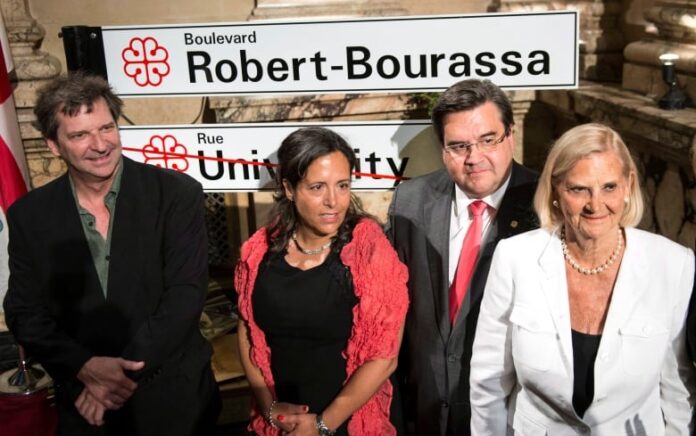 The regional health board that oversees St. Mary’s Hospital in Montreal says it will conduct an internal investigation into the end-of-life care the widow of a former Quebec premier received there, after her family said she suffered needlessly in her final days.

The family’s description of Andrée Simard’s treatment prompted Quebec Health Minister Christian Dubé to offer them his apologies “in my name and that of the network,” while the minister responsible for end-of-life care, Sonia Bélanger, said the responsible health board must “review practices at St. Mary’s Hospital so that a situation like this one never happens again.”

Simard, the widow of former premier Robert Bourassa, died last November, several days after being admitted to the hospital in Montreal’s west end.

The couple’s daughter, Michelle Bourassa, said her mother, a discreet woman, was admitted to the hospital with her maiden name and did not want to receive special treatment because of her status as the longtime premier’s widow.

Soon after Simard was admitted, it became clear she was going to die, Bourassa said in a lengthy letter to the hospital administration which she shared with the French newspaper, La Presse.

Denied a transfer to the palliative care unit, every request by the family to get appropriate care for Simard in her final hours turned into a pitched battle, Bourassa said.

“I must express to you all my indignation at the way she, as well as our family, were treated at St. Mary’s Hospital, especially by the staff on the eighth floor,” Bourassa wrote.

With their mother suffering and in pain, family members pleaded with staff to meet with an attending physician and to increase the dosage of sedation Simard was receiving but were repeatedly turned away or ignored, she said.

“All we can do is try to process this nightmare and let our family’s wounds heal. But I can’t leave this story untold, because I believe that this establishment has some serious soul-searching to do.”

Simard was initially in a small room with another patient who had COVID-19, and there was barely enough room for visitors, Bourassa said. She said it was difficult to get staff to move her to a private room, even though she was entitled to it, according to the Act Respecting End-of-Life Care.

When her mother was moved a day later, Bourassa said, her new room had not been cleaned. It was littered with soiled medical equipment, including an empty syringe in the washroom.

The ensuing few days were increasingly tense, with Bourassa raising her voice at times and staff threatening to remove her from her mother’s room, she said.

Over the course of her mother’s stay, she said, the family had several friends who are physicians stop by and assess Simard’s situation because they felt abandoned by the hospital.

Bourassa said it was only after a family friend who is a former director of palliative care at the McGill University Health Centre stepped in that her mother “finally began to receive the care to which she was entitled.” 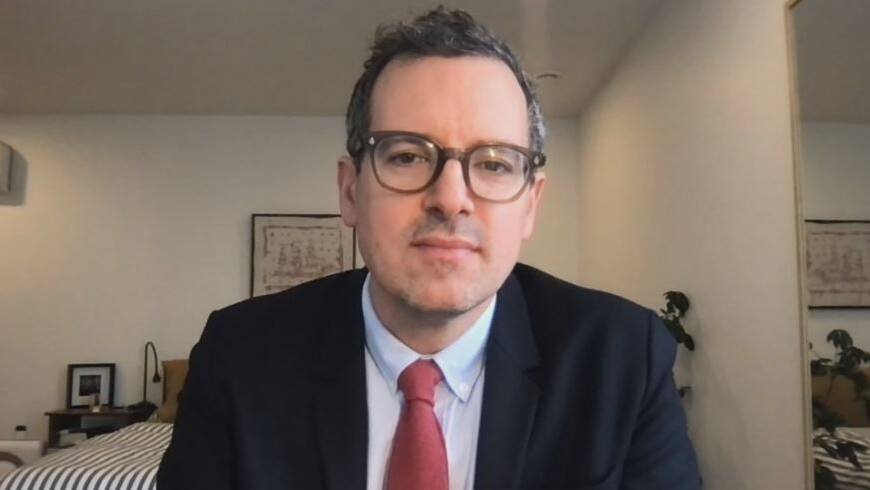 McGill University’s director of palliative care, Dr. Justin Sanders, is speaking out about what he says are widespread problems with end-of-life care, following the death of Andrée Simard. Her family says Simard, who was the widow of former Quebec Premier Robert Bourassa, was refused palliative care, at Saint-Mary’s Hospital in Montreal.

“The eighth floor of St. Mary’s Hospital is a place where humanity and dignity have been forgotten.”

In a written statement, a spokesperson for the CIUSSS de l’Ouest-de-l’Île-de-Montréal — the regional health board that oversees the hospital — said “the details reported by the family don’t reflect the experience we wish to offer to our patients.”

“We have launched an internal investigation and our medical team will evaluate the file to ensure that care was provided according to best practices,” said Hélène Bergeron-Gamache.

“We are committing to implementing the necessary adjustments. The team is also available to discuss with the family if it wishes to.”

Quebec Premier François Legault offered his condolences to the Bourassa family, describing the details that surfaced about Simard’s hospital stay as “unacceptable.”

“No one should have to live through that in their last moments,” Legault said in a statement. “In Quebec, we’ve chosen to have humane and respectful end-of-life care.”

In a tweet Friday morning, Health Minister Dubé apologized to the family and said “health professionals must work together to offer humane care.”