QMJHL only junior hockey league still going ahead with playoffs 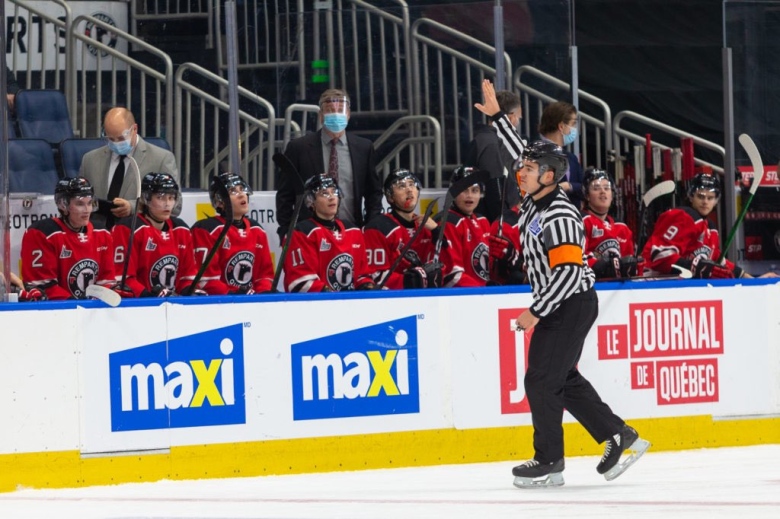 The Quebec Major Junior Hockey League is now the only major junior league in the country that is still trying to complete its playoffs for this season.

The effort continues despite rising cases of COVID-19 in Quebec and continuing outbreaks of the disease in New Brunswick.

On Monday, the Western Hockey League pulled the plug on its playoffs in an admission the disease was making it too unsafe to complete the season.

The WHL, which features teams in B.C.,the Prairie provinces and the northwest United States, had resumed play in February after delaying the start of its season.

But in a statement, league commissioner Ron Robison admitted the explosion of cases of COVID-19 in recent weeks had forced his hand.

“We remained hopeful that public health conditions would improve, but unfortunately that is not the reality we see in front of us today,” Robison said.

The Ontario Hockey League never even got its season underway.

Jamie Tozer follows and writes about the QMJHL on the website Station Nation.

He said it’s a bit of a puzzle as to why the league is so bent on completing the playoffs.

“Yes, you can do it, but we’re getting to the point where you have to wonder if it’s the right thing to do,” he said.

League officials have been able to manage the near constant day-to-day changes of rules and restrictions around COVID-19.

The early success of the Atlantic bubble helped, allowing two divisions, one consisting of 12 teams in Quebec and the second with the six Maritime teams.

But the collapse of the bubble and the subsequent delay in its reopening until at least May forced the league to change its playoff format.

Now, the two Nova Scotia clubs will not take part. The three New Brunswick teams will play against each other in a round-robin-style tournament.

The winner will go on to face first-place Charlottetown, but there’s no telling right now if there’s any willingness by the governments of New Brunswick and P.E.I. to let that happen.

“Logistically, that’s going to be really hard,” Tozer said, “The New Brunswick and P.E.I. governments haven’t been flexible up to now.”

In fact, on Friday, P.E.I. announced new tighter restrictions for entering the province in light of outbreaks in Nova Scotia and New Brunswick.

And that’s just the first hurdle. The second hurdle would be getting the winner of that series to Quebec to compete in the final round-robin for the President’s Cup in some sort of hockey bubble.

Maritime teams have been able to have fans in the building but are limited to about 25 per cent capacity.

Even with a sellout, that’s not nearly enough to break even, let alone turn a profit.

“I was talking with Trevor [Georgie, the Saint John Sea Dogs president and general manager] and they’re losing a ton of money,” Tozer said.

Quebec teams did receive $12 million in funding from the Quebec government, but those teams can’t have any fans in the building, so they’re not doing well either.

Tozer wonders why the decision wasn’t made to close things down, limit the financial damage and prepare for next season instead.

But, he said, the optimism may be based on how governments have treated the league in the past.

“I think they’re in an unusual situation, and they’re used to getting what they want from politicians.”