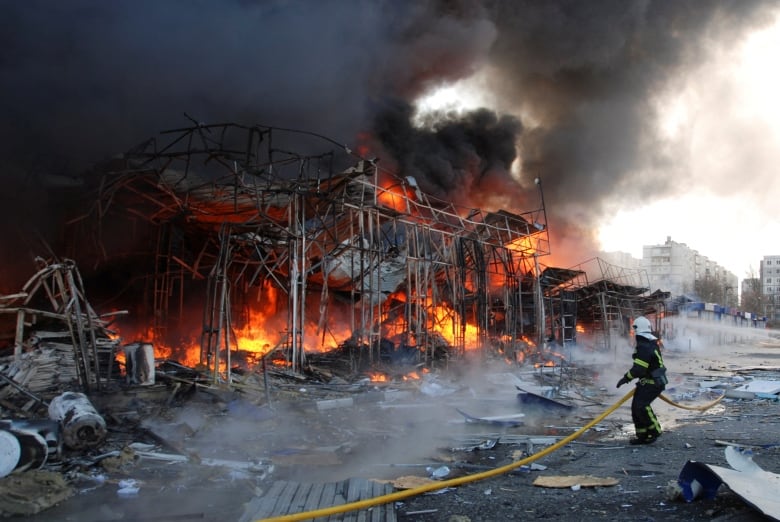 As images from the conflict in Ukraine attest, war can completely change the rules of economics.

Suddenly people who only a month ago were worried about keeping their jobs and paying their mortgages are on the move, some to the Polish border to escape shattered homes, some to risk their lives in battle.

By definition it is the unexpected that perturbs the world economy and the markets that are one of its real-time barometers.

As Canadian inflation hits new highs and the world’s most powerful central bank makes its first attempt to restrain an explosion of rising prices, even a continent away, Russia’s invasion of Ukraine has triggered an unpredictable alteration in what we thought were the conventions of global economics.

“The human toll is tragic, the financial and economic implications for the global economy and the U.S. economy are highly uncertain,” is how Jerome Powell, chair of the U.S. Federal Reserve, began his address Wednesday as he announced the central bank would raise interest rates by one quarter of a percentage point.

That is the same increase announced by Tiff Macklem at the Bank of Canada two weeks ago. Of course Macklem’s small rate hike was too late to stop Wednesday’s rise in Canadian inflation which hit a 30-year high of 5.7 per cent.

As Powell said in his speech, most of the recent surge in inflation cannot be blamed on Russian President Vladimir Putin. The exception is gas price hikes caused by the war, which have already aggravated the latest Canadian rise.

But while its full effect has yet to show up in the statistics, Putin’s war is already pushing North American consumer prices higher than if the war had never happened.

Asked directly about the impact of sanctions on the U.S. dollar and its place as the default currency for world trade, Powell explicitly refused to address the question other than offering general support for sanctions and to say they were  the remit of politicians. He said central bankers had only been technical advisors.

But Powell made it clear that the Russian invasion of Ukraine, and the world’s response, held both actual and potential implications for the U.S. economy and for its monetary policy.

“In addition to the effects from higher global oil and commodity prices, the invasion and related events may restrain economic activity abroad and further disrupt supply chains, which would create spillovers to the U.S. economy through trade and other channels,” said Powell.

There are increasing signs that the new European war has been the catalyst for a series of shifts in the global economy, of which even higher than expected inflation is only a single result.

“The volatility in financial markets, particularly if sustained, could also affect credit conditions and affect the real economy,” said Powell.

The Federal Reserve chair said that while the central bank had to be aware of those potential challenges, his principle goal remained fighting domestic inflation with a stream of interest rate hikes over this year and next that is expected to take rates to 2.8 per cent by the end of 2023.

But with Europe facing its biggest war since the 1940s, there are plenty of unknowns.

“While we have pretty sophisticated economic models, none of them are going to give us the understanding of how prolonged or what the magnitude of the shock in Eastern Europe is going to be,” said Frances Donald, global chief economist and strategist at Manulife Investment Management.

So far analysts at Reuters and Bloomberg say the economies of Ukraine and Russia will be the worst affected by the war, though any figures can only be estimates.

An International Monetary Fund report released Monday said the Ukraine economy would contract 10 per cent in 2022 which is more than 13 per cent below what it was expected to achieve had there been no invasion, although in a worst case the decline could be more like 35 per cent.

In the case of Russia, the impact of sanctions including the collapse of the ruble and the country’s stock market could lead to a GDP decline of about 9 per cent in 2022 according to Bloomberg Economics although other estimates range from a decline of 15 per cent to a drop of 7 per cent. 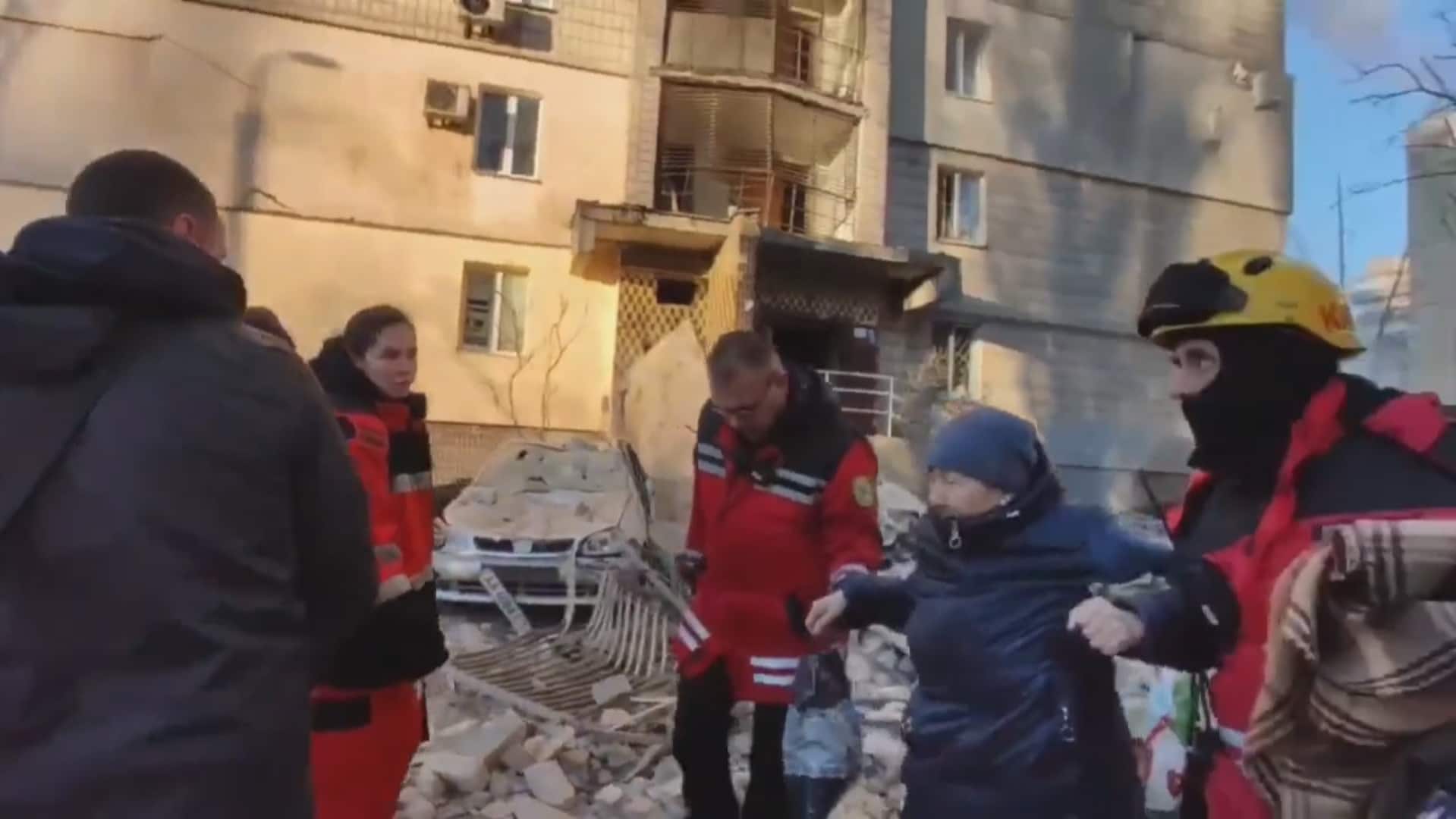 Shrapnel from an artillery shell slammed into a 12-storey apartment building in central Kyiv, obliterating the top floor, according to a statement and images released by the Kyiv emergencies agency. The neighbouring building was also damaged. 6:54

Exactly how that will affect the rest of the world is even less clear. Despite its enormous military and a population of nearly 150 million people, recent IMF figures indicate Russia’s pre-war economy was already smaller than that of Canada or South Korea.

Denmark has forecast a slowdown in GDP from 3.1 to 2.1 per cent that the central bank attributes to Putin’s war as fuel costs feed into inflation. German car companies have already been affected by the loss of steel from Ukraine.

So long as it is moderate, Powell indicated that a slowdown in the global economy would not necessarily be a bad thing as the U.S. faced an overheated job market where there are “1.7 job openings for every unemployed person,” he said.

With such a hot economy Powell told reporters that the central bank had no expectations of a recession. But as he said, that does not rule out further financial shocks.

A falling out with China could create a worse disruption but this week Chinese Foreign Minister Wang Yi is reported to have told his Spanish counterpart China was anxious to avoid further damage to the global economy.

The global economy is linked in complicated ways that may not be obvious at first. For example, a default on Russian bonds in 1998 resulted in a meltdown of Long Term Capital Management, an aggressive hedge fund that some say could have caused a collapse in U.S. markets if it had been forced to sell off its assets to cover losses.

At the time, the Federal Reserve under Alan Greenspan slashed interest rates to prop up markets in what then became an all-purpose contrivance for fixing problems, and which may have helped contribute to the low, low rates we have today.

Now, with interest rates already near zero and inflation soaring to near eight per cent, that is a tool Powell would have trouble using again.