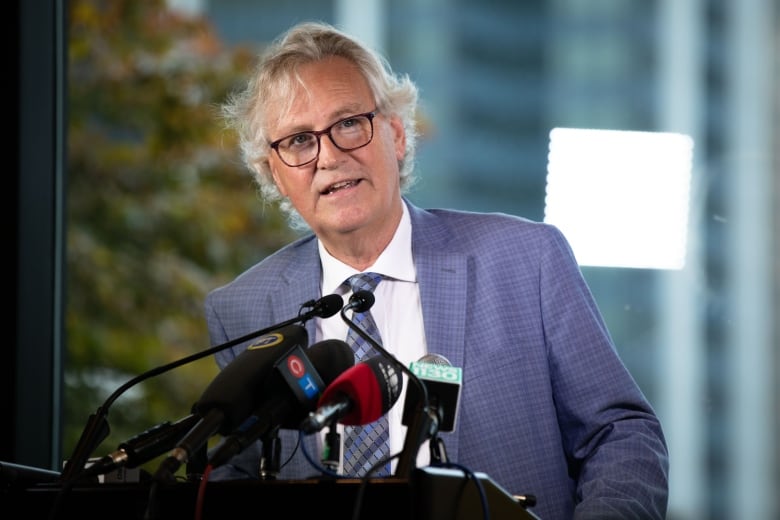 A months-long inquiry into high gas prices in British Columbia has concluded that the province’s market is not truly competitive and that there’s a “significant unexplained difference” of about 13 cents per litre in gas prices between southern B.C. and other parts of the Pacific northwest.

The findings of the public inquiry by the B.C. Utilities Commission into gas and diesel prices were announced Friday morning, just as gas prices surge ahead of the Labour Day long weekend. Prices at the pump were hitting $1.52 per litre of regular in Vancouver Friday morning.

“Too often, people feel like they’ve been ripped off when they fill up at the gas station,” said Bruce Ralston, the minister of jobs, trade and technology.

The commission looked at different factors that may have been influencing prices at the pump since 2015.

Premier John Horgan ordered the inquiry in May, when prices reached a record-breaking $1.70 a litre for regular gasoline.

At the time, he said gas and diesel price increases were “alarming, increasingly out of line with the rest of Canada, and people in B.C. deserve answers.”

Horgan said British Columbians — particularly those in Metro Vancouver and on Vancouver Island — were used to higher gas prices compared to other provinces, but not to the extent they experienced this spring.

According to David Morton, chairman of the utilities commission, there is no obvious trigger that would explain the “disconnect” in prices since 2015.

“The higher price differentials cannot be explained by economic theory or justified by known factors in the market,” he said.

“They are higher than they would be expected under more competitive conditions.”

That means British Columbians pay $490 million a year more than they otherwise would, Morton noted.

In the investigation, the BCUC looked at evidence presented by all the major companies that have refining and retail business in the province, as well as more than 70 letters of comment from members of the public and three reports by independent consultants.

The report doesn’t look at taxes as a price driver.

“There’s no secret about the amount of tax on gasoline,” said Ralston, minister of trade.

“What we were interested in is getting at the mechanism by which the wholesale price and retail price are set, independent of the taxes that are added later.”

The report found that retail market prices can be controlled by five refiner-marketers.

“Refiner marketers — including Parkland, Suncor, Shell, and Husky — have greater direct control over pricing in B.C.’s retail stations when compared to the Canadian average,” said Morton.

That said, the report noted that there is no evidence of collusion among the retail operators or of cartel behaviour.

Regulation could potentially improve the situation but further investigation is needed, the report also said.

“The prices for gasoline sold in B.C. are higher than other parts of Canada — specifically, the retail margin is higher,” Morton said.

“Even if cheaper gasoline is available, we would still pay the Pacific northwest price —  consumers in British Columbian don’t benefit from cheaper gasoline that’s brought in from elsewhere.”

The commission is recommending a one-month comment period about the report.