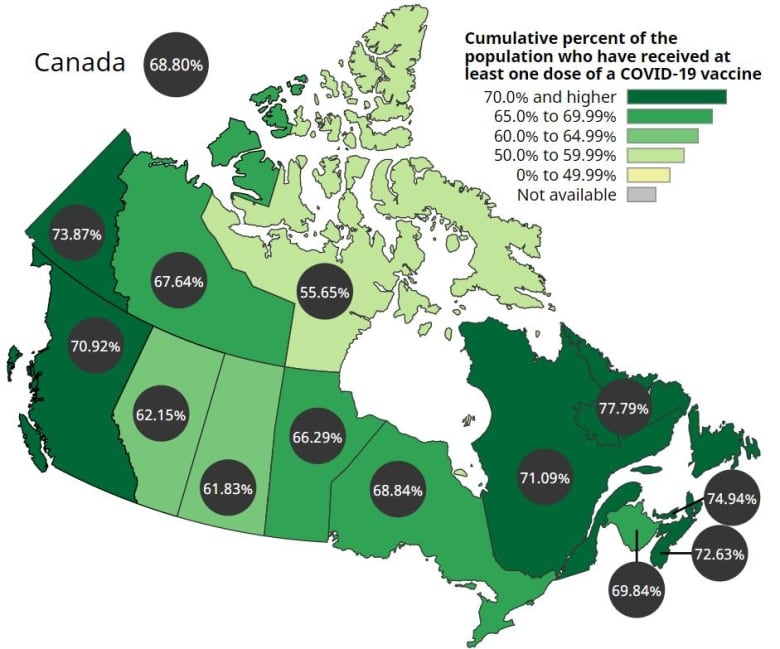 “Such a joy to connect with Albertans during Canada’s first major event after the pandemic,” the caption reads.

His choice of phrasing — “after the pandemic” — worries health experts who say it falsely implies the coronavirus is no longer a cause for concern.

“I’m worried about the degree to which this video really invites a complete return to normal … this idea that the pandemic is over, it’s gone away, we don’t have to worry about anything is just wrong. It’s just wrong scientifically,” said Timothy Caulfield, the Canada Research Chair in health, law and policy at the University of Alberta.

In recent weeks, Alberta’s COVID-19 R-value and positivity rate have risen. On Thursday, the province reported an increase in active cases for the first time since May.

While he understands the desire for a return to normalcy, Caulfield said he thinks there will be more of this “dogmatic” political messaging going forward.

“Governments around the world trying to take a win; political opponents trying to highlight the idea that it’s been a failure. And what’s going to get lost … is the actual science, the actual evidence,” he said.

“It further politicizes our entire effort to fight the pandemic.”

Dr. Gabriel Fabreau, an assistant professor in general internal medicine at the University of Calgary, said he and his colleagues are holding their breath to see whether cases will surge following the Calgary Stampede, the first major event held in Canada since the pandemic began. The Stampede ended on Sunday.

Frankly, I just don’t know how much more we can take.– Dr. Gabriel Fabreau

“Telling people that it’s over when it’s not yet over might run the risk of reduced precautions. People not being careful, people perhaps receiving the message that they don’t need to go get a second dose, and in which case, that puts the population in general at risk for a resurgence of a much more transmissible variant,” Fabreau said.

A particular concern for Fabreau is the proportion of Alberta’s population with at least one dose has somewhat plateaued. On Sunday, the province saw the fewest first doses administered since February, when vaccine access was scarce.

“Alberta and Saskatchewan have the lowest vaccination rates in the country. And we know that the delta variant has become dominant in Calgary,” Fabreau said.

“The Netherlands, or the U.K., or Israel, all of whom had [reopened] and had similar messaging … then had U-shaped case curves that showed skyrocketing cases in their younger population and then had to reimpose restrictions.”

Other countries indicate reason for caution

COVID-19 cases were at their lowest in the Netherlands when the country reopened in June, and vaccination rates were comparable with Alberta. At the beginning of July, infections jumped 500 per cent in one week; most cases were in young people and were the highly transmissible delta variant.

One music venue saw more than one in 20 attendees, or 1,000 people, test positive after an outdoor concert, according to local media. The concert, much like the Stampede’s Nashville North concert tent, required visitors to show proof of vaccination or a negative test to enter.

Fabreau said his largest concerns are for the mental health and well-being of his colleagues in health care.

“If we were to see a fourth wave, I just — I can’t imagine the detrimental impact that’s going to have on our people and our health-care system. And, you know, frankly, I just don’t know how much more we can take,” he said.

It’s great to celebrate victories, Caulfield said, like Canada’s overall success in its vaccination effort compared with many regions around the world.

“But I think the messaging should leave open the possibility that there’s a lot of uncertainty,” he said.

“What I would like to see is a coupling of these positive messages with what we need to do going forward. So, ‘Isn’t this fantastic where we are right now, Alberta? Let’s make this even better and let’s make sure that we all get vaccinated.'”