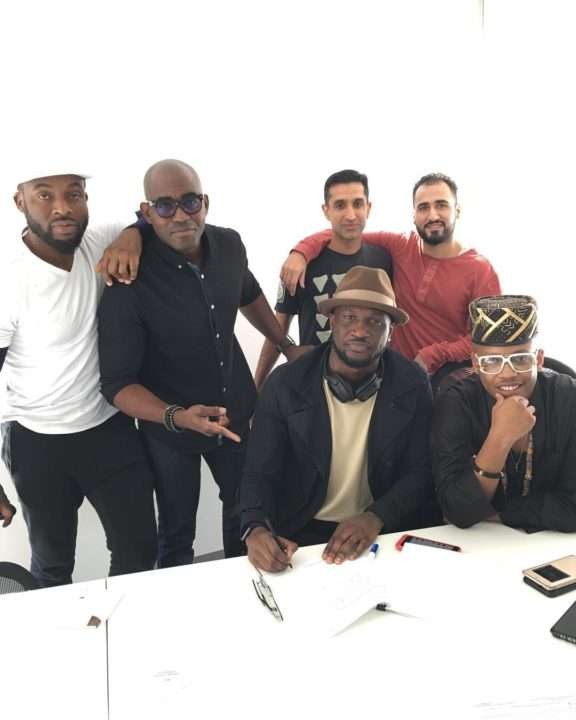 In a bid to advance his solo music career Peter Okoye also known as Mr P has signed a distribution deal with an American firm.

The singer recently pulled out of the group Psquare, alleging threat to life and irreconcilable differences. He is making moves to properly set up a solo structure, which woud launch him into the next stage of his career.

He has inked a new deal is a partnership deal with an American distribution company and record label, Empire, based in San Francisco, California.

The news was shared on the Instagram handle of both Mr.P as he is now called, and official Empire page with these captions;

Peter posted; “Thank you Lord RepostBy @empire: “Just had a digital distribution deal with @peterpsquare! Welcome to the #EMPIRE family!””

Empire posted; “Welcome to the #EMPIRE family @peterpsquare! Thank you for @kingkanjafor the introduction & partnership!”

Empire has worked with the likes of  Busta Rhymes, Kendrick Lamar, Remy Ma, Rich Homie Quan,  Shaggy, Tyga, Migos, and many others.