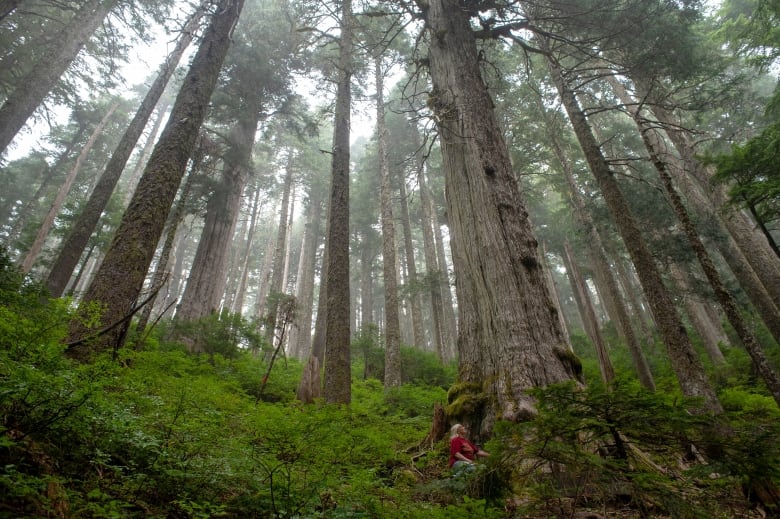 A B.C. Supreme Court judge has granted an injunction against protesters who have been blocking a forestry company for eight months from operating on Vancouver Island.

The Surrey-based logging company Teal-Jones sought an injunction in February to move protesters off logging roads in the Fairy Creek watershed, near Port Renfrew, B.C.

The protesters want to preserve what they say is the last unlogged watershed on southern Vancouver Island, outside of protected parks.

They have erected eight blockades at various sites since August to stop the company from building a road into the watershed  —  the location of numerous old-growth yellow cedars  —  and to prohibit logging in the area.

B.C. Supreme Court Justice Frits E. Verhoeven approved the company’s injunction application Thursday, along with the police powers to enforce it, and ruled the defendants must cover the legal costs.

Anyone blockading the roads would be in contempt of court and could be arrested and charged.

Timber in area valued at $20 million

In his written decision, Justice Verhoeven said Teal-Jones and its subsidiaries have received lawful permits from the provincial government to build roads and log in the area.

He argued Teal would suffer “irreparable harm” if the injunction wasn’t granted, noting the company is particularly reliant on Tree Farm Licence 46 — the forestry tenure that it owns and that protesters have blocked — for its supply of cedar.

The company estimates the value of products using timber from that area to be about $20 million.

The judge said the blockade could force the company to shut down its mills and lay off some of its 450 employees.

Verhoeven said the protesters are dissatisfied with the province’s policies around the logging of old-growth forests and the blockades were meant to influence the province politically.

“They are misguided,” he wrote. “Their conduct is illegal, and undermines the rule of law.”

The justice noted Teal Cedar Products has signed agreements with the Pacheedaht First Nation, whose traditional territory includes the watershed. The nation signed a revenue-sharing agreement with the province in 2017 for all timber cut on its land.

The judge also said no archeological sites were noted within the area of the logging permits.

‘It doesn’t surprise me’

While one of the named defendants is Pacheedaht Elder William Jones, Verhoeven said Jones was only speaking for himself and the case did not engage with Indigenous or Charter rights.

Jones, one of the nation’s few members participating in the blockade, said being asked to pay for the legal costs means he is being fined for protecting his territory.

“It’s like going to prison for defending your house,” he said.

Teal-Jones said in a statement that it respects peaceful, non-disruptive protest and pointed out that only one of their cut blocks actually falls within the watershed.

Carole Tootill, another of the named defendants, said Conroy has met with industry representatives but not with protesters.

“We are burned out, year after year of presenting documentation and facts. And it’s all ignored because they want industry to take the last of the old growth,” she said.

“It doesn’t surprise me. What is being done is they are making decent people examples and I think it’s appalling that the judge has done that.”

“The Fairy Creek watershed is the definition of a high-risk ecosystem,” she said.

Tootill and Jones said they both plan to continue to blockades, paving the way for possible arrests.