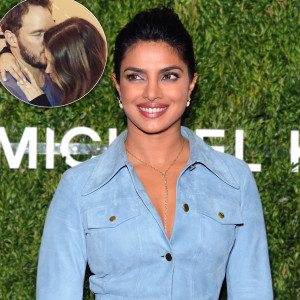 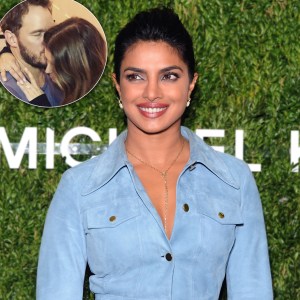 It’s safe to say Priyanka Chopra loves being married to Nick Jonas! The Quantico alum shared her well wishes for Chris Pratt and his fiancée, Katherine Schwarzenegger, on their engagement — and gave a slight nod to her own relationship.

“So happy for you both,” Chopra, 36, wrote in the comments section of the 39-year-old Guardians of the Galaxy actor’s sweet announcement. “It’s the best!”

Pratt revealed on Sunday, January 13, that he and the 29-year-old Maverick and Me author are engaged after a whirlwind romance.

“Sweet Katherine, so happy you said yes! I’m thrilled to be marrying you,” the Jurassic World star penned alongside an intimate Instagram photo in which Schwarzenegger’s large diamond ring is on full display. “Proud to live boldly in faith with you. Here we go!” (The two were first linked in June 2018 more than a year after Pratt and his ex-wife, Anna Faris, split.)

Chopra, for her part, knows a little something about a quick engagement. She and the “Chains” crooner, 26, got engaged in July 2018 after just two months of dating.

“She was thrilled,” a source told Us at the time. “Nick really loves her.” The couple went on to tie the knot in Chopra’s native India in December 2018. Following their elaborate nuptials — which included multiple ceremonies and celebrations — Chopra gushed over “marital bliss” via Instagram.

Earlier this month, Jonas and Chopra continued their newlywed fun when they jetted off to a tropical beach honeymoon.