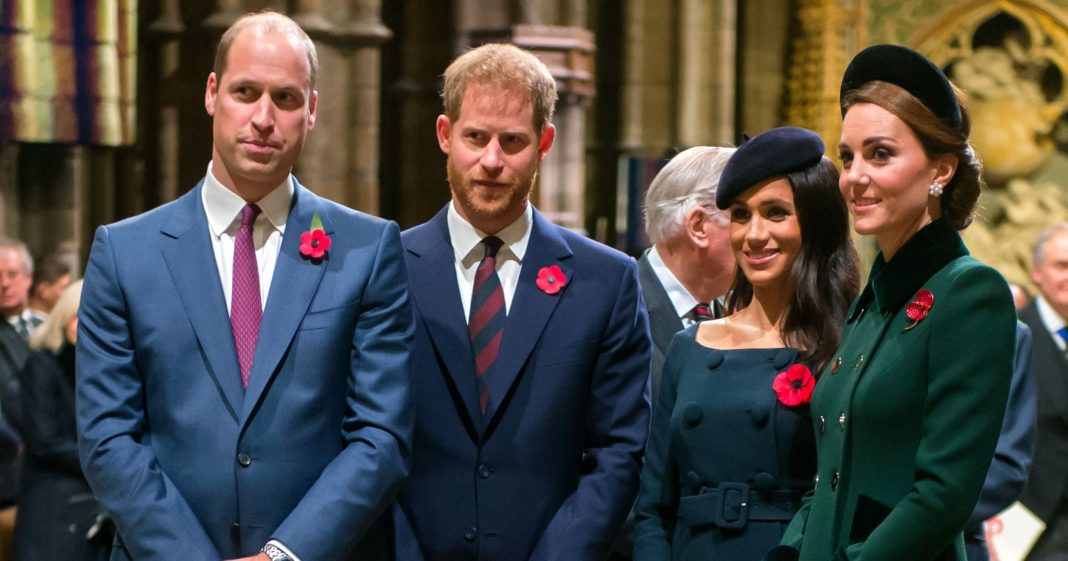 The end of an era. Prince William and Prince Harry are set to split their household in the next few weeks, according to the Sunday Times on Sunday, February 17.

Royal Family: Meet the Next Generation

The royal brothers have shared a household for 10 years, however, they will formally create separate courts ahead of the birth of Harry’s first child. The former military pilot, 34, and his pregnant wife, Duchess Meghan, will soon move from their current home at Kensington Palace in London to Frogmore Cottage in Windsor before their newborn’s arrival.

“William and Harry are working to make sure the Sussexes have an office that can support their family when they move to Frogmore this spring,” a source told the Times. “This work has been underway since before last year’s wedding.”

The Times reports that “it is thought courtiers hope a formal separation of their staff may help ease the reported tensions between the brothers and their wives.” Rumors that Duchess Meghan and Duchess Kate don’t get along began swirling in November 2018. “The ‘feud’ is definitely being played up,” a source told Us Weekly at the time. “Are they the best of friends? No. Do they speak every waking second? No. Do they hate each other? Absolutely not.”

Their new joint press office is expected to remain at Kensington Palace. It is currently headed by Jason Knauf, who joined their team in 2015, and newly appointed deputy Christian Jones, who was hired last year. The goal of the separation will give Harry and William a chance to create their own personal media styles.

A source who knows William, 36, and Harry told the Times: “When William becomes the Prince of Wales, he will take on a lot of extra responsibility, including the Duchy of Cornwall. Harry and Meghan have none of that, and seem ambitious about forging their own paths. If you have one private office trying to manage both, things get difficult. William and Harry’s double act has naturally been supplanted by the two couples and their families.”

The brothers first created their own private office in 2009 after they broke away from their father Prince Charles’ court at Clarence House. “The brothers have leant on each other and looked after each other since their mother died. But now they have their own families, they no longer rely on each other as before,” an insider told the Times. “They have become different people with different outlooks on life.”

Another source added: “There is a gulf in the style and approach to the type of work that William and Kate will increasingly do as future head of state and consort, and Harry and Meghan, who have more of a blank canvas with their roles.”

Beyond their professional work, William and his wife, Duchess Kate, are busy raising their three children, Prince George, 5, Princess Charlotte, 3, and 9-month-old Prince Louis. Harry and the former Suits actress, 37, are set to welcome their first child in April or May.

Though the Duke and Duchess of Sussex — who wed in May 2018 — continue to travel and maintain their royal duties, Queen Elizabeth II‘s former press secretary Dickie Arbiter told Us Weekly earlier this month that Meghan’s schedule will wind down as her due date approaches.

“Royal engagements will be drastically reduced and the duchess will begin maternity leave from royal duties [ahead of the birth],” Arbiter told Us.