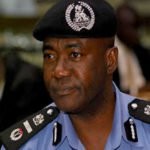 The Federal High Court, Abuja, on Wednesday ordered the Inspector-General of Police, Mr. Ibrahim Idris, to charge to court one Mohammed Shuaibu who has been in police detention since 2012.

Justice Ahmed Mohammed gave the order while ruling on an application filed on behalf of Shuaibu by his counsel, Mr. A.O Emmanuel.

Justice Mohammed held that the IGP, who is the respondent in the matter, could not justify the continuous detention of Shuaibu.

“I hereby make orders directing the respondent to release the applicant.

“If the respondent has a case against him, he should be arraigned in a court of competent jurisdiction within three weeks of service of this order,” the judge said.

Justice Mohammed, in his ruling, recalled that Shuaibu was arrested by the army in Kaduna in 2012 and transferred to the police over allegations of possessing a stolen vehicle.

He noted that Shuaibu had been in detention since then without being charged to court.

This, he said, was a breach of his fundamental rights as enshrined in the 1999 Constitution, which frowned at unlawful detention.