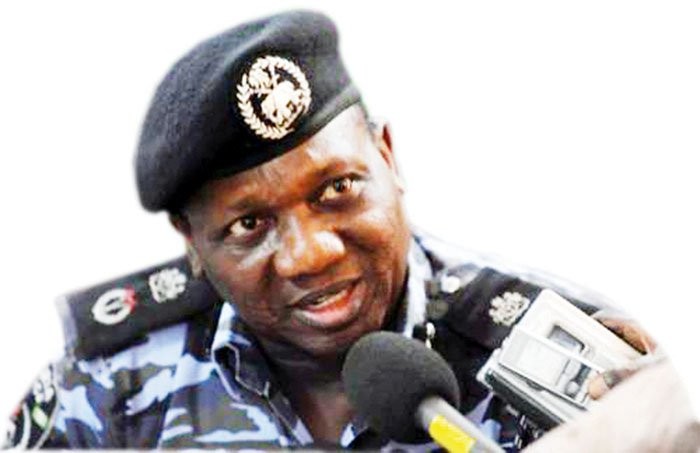 As the search for the six abducted pupils of the Lagos State Model College, Igbonla, Epe, clocks seven days, the police have arrested three suspected members of the gang that organised the kidnap.

PUNCH Metro learnt that the suspects were rounded up by operatives of the Inspector-General of Police Intelligence Response Team in Benin, Edo State, acting on intelligence report.

Our correspondent had reported that the gunmen stormed the school premises at about 6am last Thursday, after writing the school authorities three days earlier, informing them about the attack.

They broke the hostel doors, seized 10 Senior Secondary School pupils and led them to the shore where their boat was anchored.

After profiling their family backgrounds, four pupils were released, while the assailants whisked away the remaining six pupils, identified as Peter Jonah, Isiaq Rahmon, Adebayo George, Judah Agbausi, Pelumi Philips and Farouq Yusuf, in a speedboat.

The kidnappers had earlier called some parents of the victims on Saturday demanding N400m each from two parents while two others were asked to pay N100m each.

The ransom was reduced to N600m on Tuesday, when parents of each child were asked to pay N100m.

The Lagos State Government had, however, declined ransom negotiation with the kidnappers, insisting that they would be freed by the security agencies.

A joint rescue operation team, comprising policemen and military personnel, had extended the search for the victims to watersides in Ogun and Ondo states.

It was learnt that the operation yielded result on Tuesday when the three suspected militants were trailed to where they were relaxing in Benin, Edo State, around 4pm by operatives of the IRT led by ACP Abba Kyari.

A reliable security source told one of our correspondents that the suspects had visited their gang member, who was taken to Benin for treatment after sustaining gunshot injuries in an encounter on Friday with security agents.

The source said, “Some arrests have been made. Specifically, three of the gang members have been arrested. Some of them got injured in the Friday gun battle. One of the injured was taken to Benin for treatment. The three suspects came out from the creek to visit him in Benin. The IRT team struck immediately and arrested them.

“They have already confessed to the kidnapping of the six pupils and they are cooperating with us. There is serious effort to rescue the children and arrest other members of the gang.”

Another officer, who has been following the trend of kidnapping in the state, said the suspects were part of the militants who killed four policemen, an Army Captain and injured two other cops in Ishawo, Ikorodu.

“They (the suspects) also confessed to have participated in the kidnappings of prominent personalities in Lagos and Ogun states, including the Oniba of Iba and pupils and staff members of the Nigerian Turkish International Colleges, Isheri. They said they came to Benin to see their injured colleague and relax for a while before going back to the creek,” the source added.

Calls made to the line of the Force Public Relations Officer, CSP Moshood Jimoh, rang out. He had also yet to reply to a text message sent to him as of press time.

Meanwhile, the House of Representatives on Wednesday asked the Inspector-General of Police, Mr. Ibrahim Idris, to intensify efforts to secure the release of the six pupils.

The House resolution followed a motion moved by member representing Epe Constituency, Mr.  Tasir Olawale-Raji, calling for urgent action by the police and other security agencies.

Olawale-Raji recalled that kidnapping in riverine communities of Lagos State had taken a worrisome dimension, which must be stopped immediately.

The motion was given speedy passage at the session, which was presided over by the Speaker, Mr. Yakubu Dogara, in Abuja.

The House noted that kidnappers had visited the same school on October  6, 2016 and abducted four students, who were later released.

Part of the motion read, “The House also notes that the school was earlier attacked by kidnappers on Thursday, October 6, 2016, resulting in the kidnapping of four pupils who were later released after spending some days in captivity.

“It further notes that the riverine communities of Ishawo in Ikorodu, Igbodu in Epe, Ebute Lekki in Ibeju Lekki and Ise in Epe have come under siege lately following the incidents of April 1, 2017, where Mr. Ademola Salami was kidnapped in Ise town and was not released until May 5, 2017, after negotiation between the kidnappers and the family.

“Also, on May 19, 2017, the Baale of Ebute Lekki, Alhaji Salina Kareem, was abducted from his village and has yet to be released.

“Cognisance that if this spate of kidnapping is not arrested, it may pose a threat to the ongoing investments worth billions of dollars in the Lekki Free Trade Zone, which include the first indigenous private refinery in Nigeria and the Lekki Deep Sea Port, among others.”

Although, the House acknowledged the efforts of the joint security team put in place by the federal and Lagos State governments to tackle insecurity in the state, it called for a “review of security strategies to avert future occurrence.”

The resolution further directed the joint committees on police affairs and basic education to visit Lagos State, and commence investigation into the attacks.