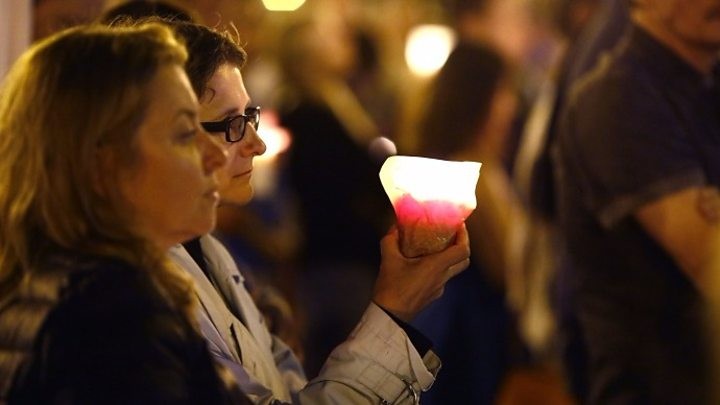 Polish President Andrzej Duda has announced he is vetoing a controversial law to replace Supreme Court judges with government nominees.

Three key judicial reforms have been passed by Poland’s parliament, prompting days of demonstrations across the country.

Before they become law, they require approval by the president.

The changes have also set Poland’s right-wing government on a collision course with the European Union.

The European Commission had threatened to impose sanctions this week if the reforms were not scrapped. European Council President Donald Tusk, a former Polish prime minister, had warned of a “black scenario that could ultimately lead to the marginalisation of Poland in Europe”.

Why did president step in?

“As president I don’t feel this law would strengthen a sense of justice,” Mr Duda said in a statement broadcast on national television. “These laws must be amended.”

He said he was vetoing two of the new laws but approving a third, which gives the justice minister the right to name the heads of Poland’s lower courts.

The Law and Justice (PiS) government has strongly rejected claims that the reforms are a move towards authoritarian rule and has expressed disappointment at Mr Duda’s decision to wield a veto.

Mr Duda had already intervened last week in an attempt to find a compromise and the laws went through parliament at the weekend.

But his latest step is seen as a surprise and marks a potential constitutional showdown with the government.

Mr Duda is himself a former member of the populist ruling party and he had already rejected a meeting on the crisis with Donald Tusk.

What’s wrong with the reforms?

Poland’s judicial system is widely seen as slow and reforms are seen as necessary. But these reforms give the justice minister and MPs broad powers and have prompted alarm from the US as well as the EU.

In his statement, the president said he regretted that a draft law on reforming the Supreme Court had not been handed to him before a vote in the lower house of parliament, the Sejm.

His initial compromise plan, backed by the government, meant that the ruling party would require the support of another political party to push through the nominees for the National Judiciary Council.

That panel would then nominate judges to sit on the Supreme Court.