Photos: Three women wanted for the gruesome murder and dismemberment of a 22-year-old woman 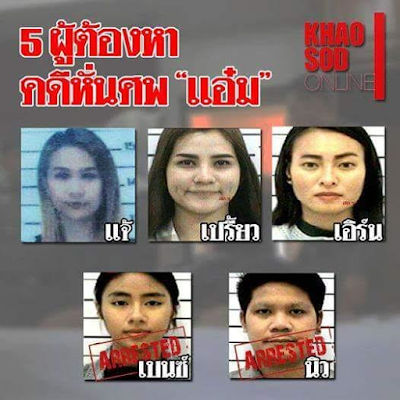 Police have launched manhunt looking for three women who murdered and dismembered a 22-year-old woman, Warissara “Amm” Klinjui in Thailand on May 23.
The three suspects, Priyanuch Nongwangchai, 24,  Kawita Rachada, 25, and Apiwan Satayabundit, 28, are wanted on suspicion of killing of the young woman in the northeastern province of Khon Kaen. It’s alleged they lured her into a car, strangled her to death and then sawed her body in half as part of a revenge plot. Her remains were found buried May 25 in two large buckets.
Police in Chiang Rai province earlier said three women matching their descriptions were found in the the border town of Tachileik, Myanmar, on Thursday.
Chiang Rai Maj. Gen. Yanyoong Vej-osot said at about noon they had learned from Myanmar authorities it wasn’t them and the women remained on the run. 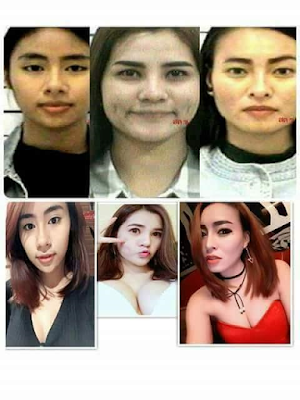 As police hunted for the three suspects, they led a fourth suspect already in their custody through “re-enacting” the grisly crime today. Wasin Namphrom, 22, (pictured with the police) showed police the spot in Khon Kaen province where she and the other suspects allegedly buried Warissara
After luring Warissara into a rented car, Wasin said Preeyanuch was the only one to assault her – and ultimately, strangle her to death in the vehicle.
The four drove to rent a room at a resort in Khon Kaen city, stopping along the way to buy supplies, including plastic bags and a saw. That’s where Preeyanuch sawed the body in half, placing each half into two large plastic buckets. They later drove to bury the buckets in Khao Suan Kwang district, approximately 60 kilometers away. 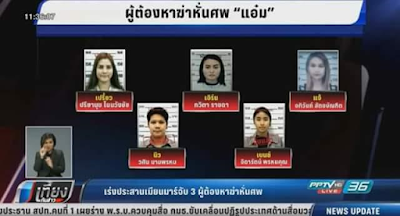 Top official with the Narcotics Control Board said on Friday that the lead suspect, Preeyanuch “Preaw” Nonwangchai, had a record of drug-related crimes.
Sirinya Sidhichai said Preeyanuch worked for one of the biggest drug dealers in Tachileik and arranged sales back in Thailand to her friends. Preeyanuch was believed to have fled to Myanmar with the other two fugitive suspects, Apiwan Sattayabundit and Kawita Ratchada. 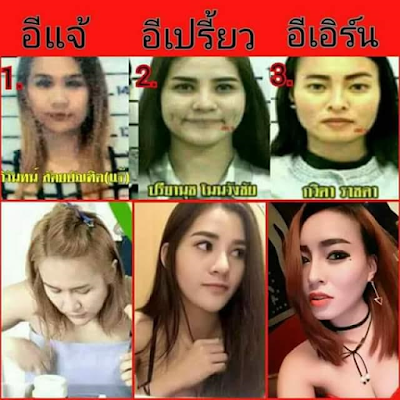 Wasin Namphrom told police that the four of them planned to assault Warissara because they believed she had given information to police that led to one of their boyfriends being arrested on drug-related charges.
Wasin’s girlfriend Jidarat Phromkhun is also in police custody. She has denied being present during the crime.
Preeyanuch’s sister told police she called her Monday night and confessed to killing Warissara only after her victim threatened her with death if they left her alive.

“She said she and her friends only planned to lure her somewhere to assault her in revenge,” Prapasiri, 34, said, recounting a Monday night phone call in which her sister allegedly described the murder. “But then the woman said, ‘If I survive, then you die,’ so she became enraged.”

Meanwhile, Myanmar police have told their Thai counterparts they know the whereabouts of three Thai women. 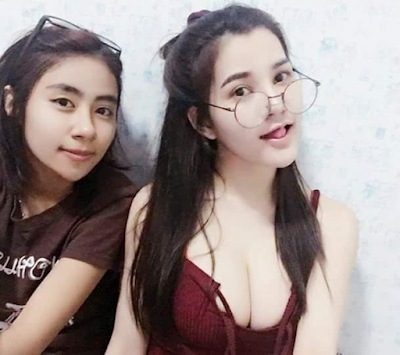 A police source said on Thursday the Myanmar authorities also have the description of a local man seen assisting the women after they crossed the border to escape arrest.
The group is supposedly living in Tachilek, close to the border opposite Chiang Rai’s Mae Sai district. They entered Myanmar on May 25, so their visas would have already expired on Thursday.
Myanmar authorities told Pol Colonel Ekkorn Bussababordin, commander of the Chiang Rai Immigration Police, they already knew the women’s location and would arrest them. 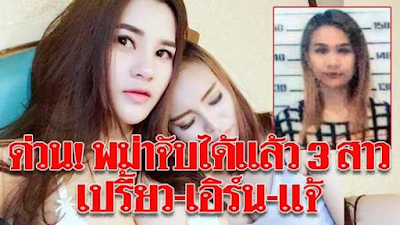