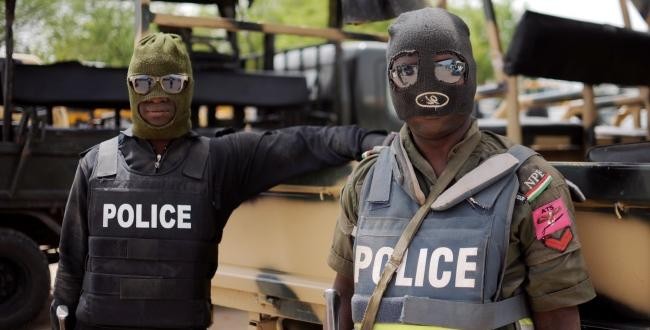 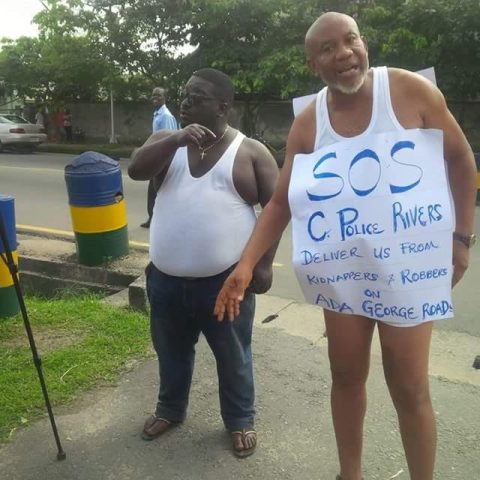 One Tekena Iyalla, said to be a presenter of the popular Radio Comedy show, Funky 4+1, took to the streets of Port Harcourt to protest against the incessant robbery, kidnapping and brutal attacks on residents of Ada George area of Port Harcourt, the Rivers State capital.

Wearing only a short and white singlet, Mr Iyalla, who has suffered several attacks himself took his protest to the state police command where he called on the Commissioner to protect lives & property 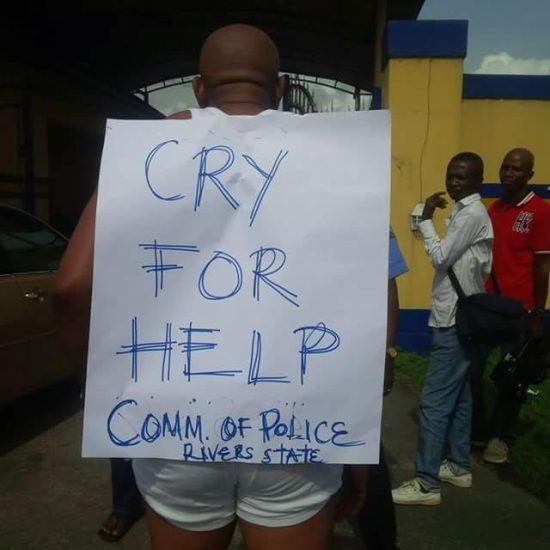 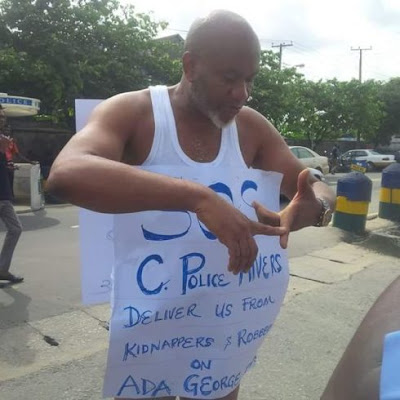 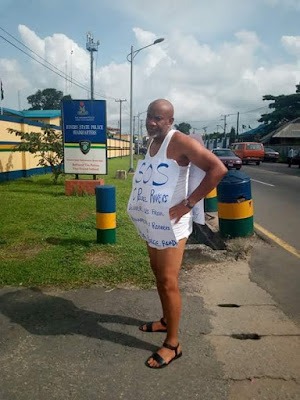 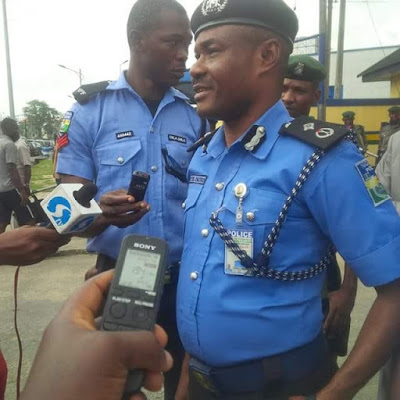