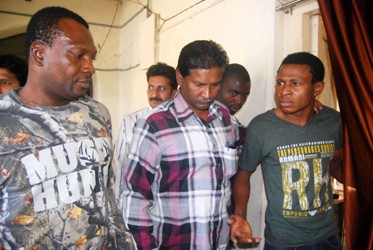 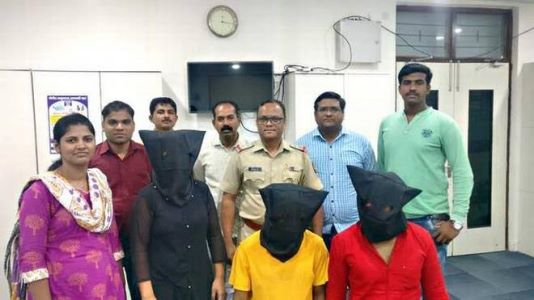 The Cyber Crime Cell of Amravati Crime Branch arrested two Nigerian nationals and one local in Navi Mumbai for allegedly cheating a businessman of 67 lakh.

The Amravati police said the victim Kailash Tiwari registered an FIR with Rajapeth police on May 20. The police said a woman of European origin and based in London became friends with Mr. Tiwari on Facebook…

The woman told Mr. Tiwari that he could earn a lot of money by supplying herbal seeds to an Indian firm that sold herbal products, and gave him a contact number of a herbal seed supplier in India.

“An Indian woman responded to Mr. Tiwari’s call and she took down his address and sent him a sample of herbal seeds. After he informed his Facebook friend of the developments, a Nigerian national claiming to be an official with the Indian firm met him in Amravati and took the sample from him for quality control tests.”

The Nigerian got back and told Mr. Tiwari that the sample had cleared the tests and his firm wanted to place a huge order for the seeds. Mr. Tiwari bought a large consignment from the supplier and waited for several days for the Nigerian to respond. He responded saying his firm’s requirements had increased and a larger consignment was needed.

He told Mr. Tiwari that he would buy the seeds at double the price. Mr. Tiwari kept buying more seeds and paid about 67 lakh to the supplier of herbal seeds. Mr. Tiwari then realised he was being cheated and approached the police.

The Amravati Cyber Cell traced the Internet Protocol address of Mr. Tiwari’s Facebook friend and tracked the numbers of the supplier and the Nigerian.

“Philip and Ethicinachi are Nigerian nationals and Dhote is a native of Chandrapur in Madhya Pradesh. Dhote often visited her sister’s house in Ulwe in Navi Mumbai and during one such visit she met Philip. They soon became close friends and decided to get married.”

The police suspect that the accused of having cheated several businessmen in the State and are examining their bank accounts to check the flow of money.