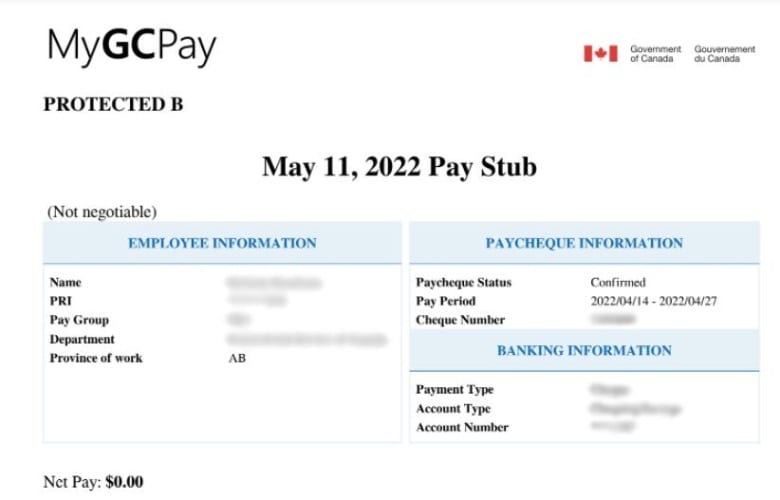 From forfeiting a family home to being chased into retirement for overpayments, public servants are opening up about how their lives are still deeply impacted by the infamous Phoenix pay system more than six years after problems first began.

The troubled pay system has cost more than $2.4 billion as of April 2022 and a replacement system is in the works. In 2018, a federal report said it could take five years to stabliize Phoenix.

Approaching that deadline, the Phoenix pay system is still a source of “nightmare” for some government employees across Canada.

Many federal employees went unpaid for long periods of time, were paid less than expected or have been overpaid since the Phoenix system was set up.

Public Services and Procurement Canada (PSPC), the federal department responsible for operating and maintaining Phoenix, declined an interview. In an emailed statement, PSPC noted it has experienced “challenges” that are temporarily slowing its attempt to eliminate outstanding Phoenix issues.

“The number of transactions received at the Pay Centre in 2021 increased significantly over previous years. This trends has continued into 2022,” the statement reads.

“We continue to reorganize workload so that the most complex transactions are assigned to our most experienced staff and we are fast-tracking our recruitment and hiring efforts to fill vacancies.”

Here are the stories of four public servants whose lives are still impacted by Phoenix today:

No pay for months

With paycheques currently totalling $0, Jordan jokes they “volunteer” for the government of Canada.

“In a sense, I am a volunteer until my debt is paid off that was created by the Phoenix pay system,” said the Alberta employee who works within the Public Safety portfolio. “I didn’t create this debt.”

CBC has agreed not to use Jordan’s real name because they’re concerned it could jeopardize their career.

“It’s just a very difficult position to be in, considering the pandemic, considering everything else going on in the world.”

Now, Jordan is currently making ends meet by finding other sources of income and reaching into savings.

The issues began in 2016 when Jordan took an unpaid leave of absence for several months. Phoenix failed to process that leave and kept sending cheques totalling around $11,000. Phoenix had also mistakenly placed Jordan in a higher pay category, as well as the wrong pension category, putting them in more than $20,000 in debt in government books.

“I still do not know the exact big total,” Jordan said, adding it took several years of waiting and advocacy from management to start seeing some results.

“On my own, I don’t think would’ve been able to finally get help.”

Jordan was given two options: pay it back incrementally over the next few years, or pay it all back now. They chose the latter.

“When this overpayment … is finally addressed, who knows … what’s going to happen next year?” Jordan said. “There seems to be no end in sight for this. It’s just been a nightmare.”

Christiane Villeneuve is retired, but that didn’t stop the federal government from sending her another letter in February, demanding more money.

It’s a small amount compared to more than $11,000 her employer recovered from her over the past six years due to Phoenix overpayments. 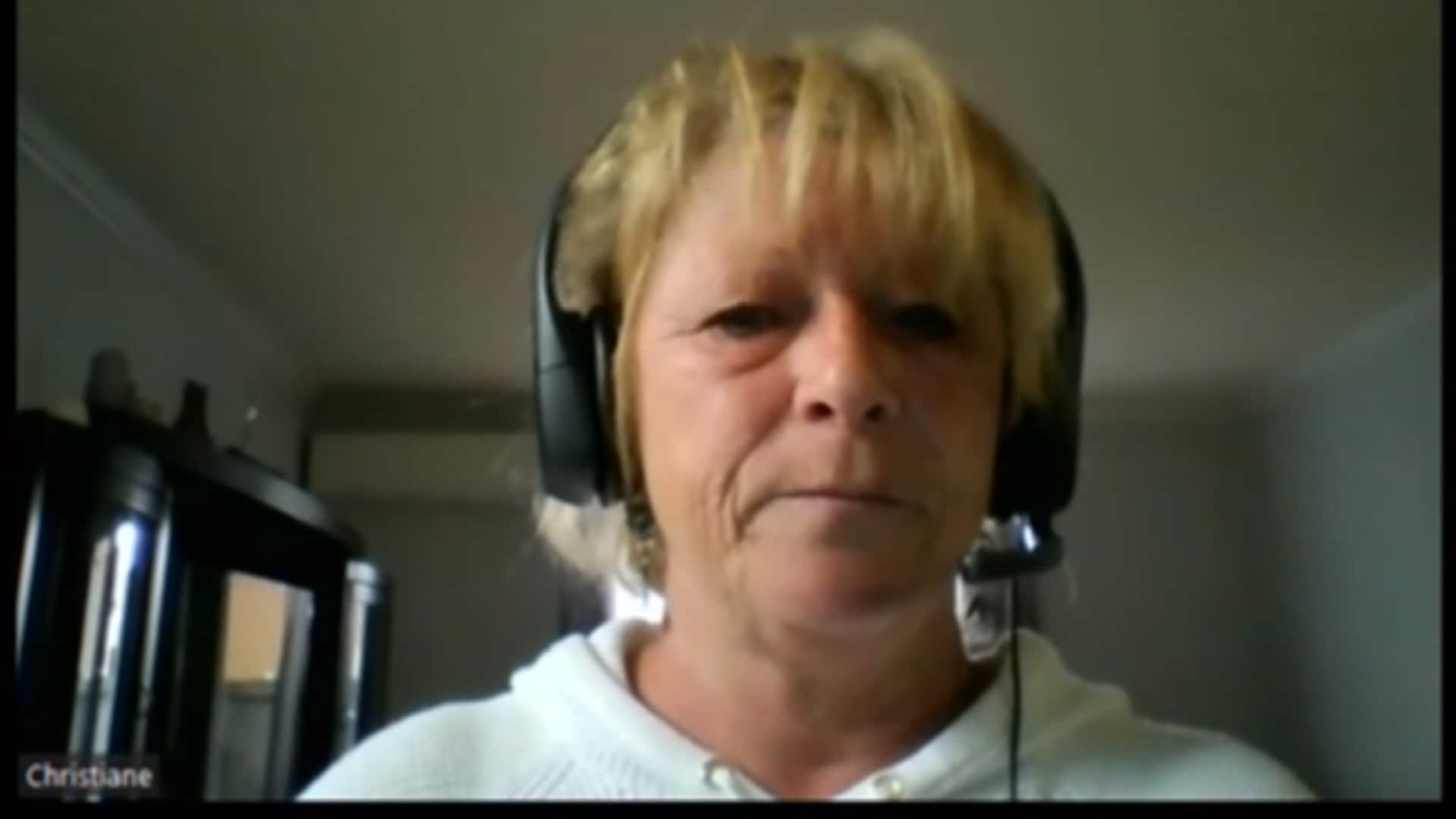 Christiane Villeneuve retired from her job at Employment and Social Development Canada — only one year before she was eligible for a full pension — because the stress of battling against the Phoenix pay system was too much.

The former employee with Employment and Social Development Canada (ESDC) in Gatineau, Que., said her problems began in 2016, after she took sick leave. She was overpaid for three months that year, and only paid the last dollar back in July 2021.

During that time, she spent hours upon hours checking her pay stubs every two weeks and emailing and calling the Phoenix call centre.

“I had to take anti-depressants, I had panic attacks, anxiety attacks …I got to bed at night so worried that what’s going to happen tomorrow, you know?” said Villeneuve.

She says she had to file her income tax for 2016 multiple times, because the government kept changing her T4s.

Sometimes, she said Phoenix would “come up with a different amount, every other month,” ranging from $14,000 to $18,000, resulting in inexplicable deductions and inconsistent recovery payments. A few times, Villeneuve’s net pay amounted to about $28.

“Having to fight for my pay to be correct every second week was really getting to me,” Villeneuve said.

Giving up a full pension was worth it, she says now.

“There’s still some outstanding issues, but … I can sleep at night.”

A public servant of more than 30 years, Villeneuve says she expected fair treatment from her employer.

“I was very, very disappointed,” she said. “I would say to people think[ing] about joining the government to think again.”

For more than a decade, Taylor hoped to become a permanent employee of the Canada Revenue Agency.

So in 2017, when an opportunity came offering the contract employee a higher paying position, she took it.

That’s when the Phoenix pay system began recovering significant overpayments from her account. The fluctuating deductions were sometimes so severe, she couldn’t afford to pay her mortgage on her family home, which was built for them in 1996.

“No one could explain why, and what [the overpayments] were for,” she said.

CBC has agreed not to use Taylor’s real name because she’s concerned speaking out could jeopardize future employment.

Taylor sought help from her supervisors, her union, her local MP and lawyers — all to no avail.

In 2019, after defaulting on her mortgage, Taylor forfeited her home. She and her children now live in subsidized housing.

“I had no options. I lost my home,” she said. “I have two daughters currently 18 and 11 who grew up in a beautiful lovely home … Their lives crumbled due to Phoenix.”

Since her contract ended in 2018, Taylor has received two T4s from the CRA — one in 2019 and one in 2021, falsely claiming she had employment income those years.

The agency is now recovering that balance by taking it from Taylor’s annual tax refunds. Meanwhile, a letter from the Canada Mortgage and Housing Corporation dated May 4, 2022, states Taylor now owes more than $33,000 to First National, her lender, due to “losses incurred as a result of [her] default.”

“I have no credit. My life has just crumbled,” Taylor said. “It’s unfathomable that it’s due to the government of Canada.”

No one warned Serena about taking the promotion. Transferring from another department to ESDC was something she thought would be a positive life event during a difficult time.

But 10 days into her new job, the Ottawa employee received an email from human resources. The message at the bottom of the email took her by surprise.

“There was a sentence about how it could take up to 18 months for my pay file to transfer,” she said. “I was still getting paid based on my previous salary at my previous job. That’s when I realized that something was off.”

CBC has agreed not to use Serena’s real name because she’s concerned it could lead to repercussions.

Since September, Serena has been working her higher-salary job for the same pay as before — a difference of about $12,000 a year.

“I was completely shocked and very frustrated,” she said.

Serena believes her managers overlook her financial struggles because she’s a young, single woman working a “well-paying job.” They told her to think of this as a “forced savings account.”

But the 32-year-old moved into an apartment last year with higher rent, anticipating her salary would increase.

Instead, she says she’s on a tight budget every month, while paying off her student loans. She’s also seen some unexplained deductions from her paycheque during this time, making her feel “really anxious” and prompting her to take a week off to cope with the stress.

“I have to budget very diligently every month to cover all my expenses,” she said. “Constantly worrying about financial issues kind of prevents me from just enjoying my life.”

Serena says she’s “completely in the dark” as no one will get back to her about when to expect her new salary to finally kick in.